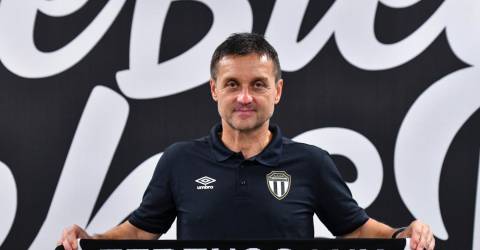 The 56-year-old Steinbruckner from Croatia was the TFCSB technical director since March this year.

TFCSB Chief executive officer Ab Rasid Jusoh said Steinbruckner will hold the main responsibility of forming the TFC team for a period of one year.

“He will lead TFC to face the challenges of the Asian Confederation Cup (AFC) and the Malaysian Football League (MFL) next season,” he said during a press conference at the TFCSB office here today.

According to him, Steinbruckner, who holds a European Football Union (UEFA) Pro licence, is the most qualified candidate to manage TFC because while performing his duties as technical director, he had analysed and become familiar with the team

In fact, Ab Rasid said the Croatian is no stranger to Terengganu fans as he once coached home club T-Team FC in 2015.

“His other credentials come from his experience in managing the NK Novigrad, NK Orsijek and Bijelo Brdo teams in the Croatian League,” Ab Rasid said.

Meanwhile, Steinbruckner said at the press conference that he was very excited to hit the ground running as TFC coach next season and pledged to continue with the momentum started by former TFC head coach Nafuzi Zain last season.-Bernama