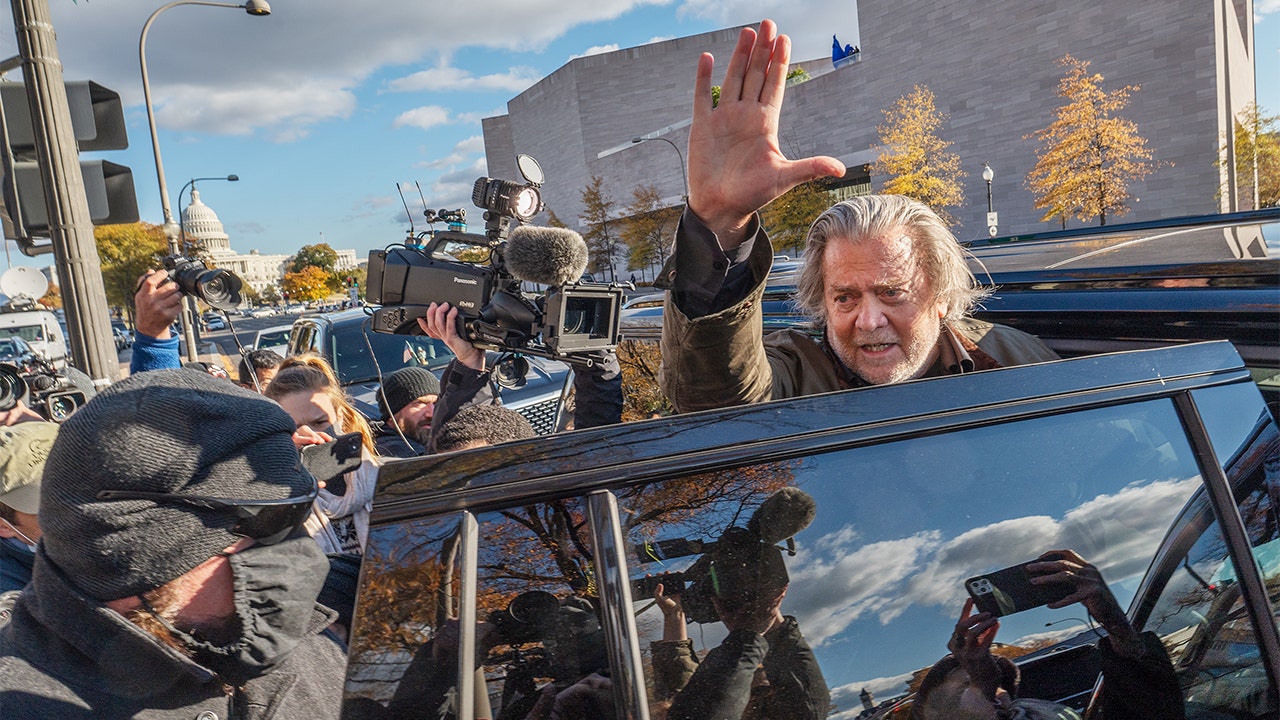 “President Trump has decided that it would be in the best interests of the American people to waive executive privilege for Stephen K. Bannon, to allow Mr. Bannon to comply with the subpoena issued by your Committee,” Bannon’s attorney, Robert Costello, wrote in the letter to Jan. 6 Committee Chairman Bennie Thompson, D-Miss. “Mr. Bannon is willing to, and indeed prefers, to testify at your public hearing.”

The longtime Trump ally had refused to cooperate with the Jan. 6 committee for months, leading to two charges for contempt of Congress last year. The trial for those two counts is set to begin later this month, but Bannon wants to delay it until the fall.

Steve Bannon, former adviser to Donald Trump, waves to members of the media as he departs federal court in Washington, D.C., on Monday, Nov. 15, 2021.
(Craig Hudson/Bloomberg via Getty Images)

Trump wrote Bannon a letter on Saturday informing him that he would waive executive privilege.

“When you first received the subpoena to testify and provide documents, I invoked executive privilege. However, I watched how unfairly you and others have been treated, having to spend vast amounts of money on legal fees and all of the trauma you must be going through for the love of your country and out of respect for the office of the president,” Trump wrote.

“Therefore, if you reach an agreement on a time and place for your testimony, I will waive executive privilege for you, which allows for you to go in and testify truthfully and fairly, as per the request of the unselect committee of political thugs and hacks.”

The setting of Bannon’s potential testimony is unclear, but he is open to a close-door interview and is also willing to provide the committee with documents that were subpoenaed last year, according to The Guardian, which originally reported the news on Sunday.

Trump fired Bannon from his role as a White House strategist in 2017, leading the Jan. 6 committee to argue that Bannon’s claim of executive privilege is groundless since he was a private citizen at the time of the riot.

Illinois Rep. Adam Kinziner, one one of two Republicans on the Jan. 6 committee, said that he will welcome Bannon’s testimony, though they still have to work out whether it will be behind closed doors or public.

“We all know the history with our requests to have talked to Steve Bannon. So we’ll see how that comes out,” Kinzinger told ABC News. “But the bottom line is, yes, we as a committee want to talk to anybody that has information.”

Jason Donner is a Capitol Hill Producer at Fox News based in Washington, D.C. Follow him on Twitter: @jason_donner