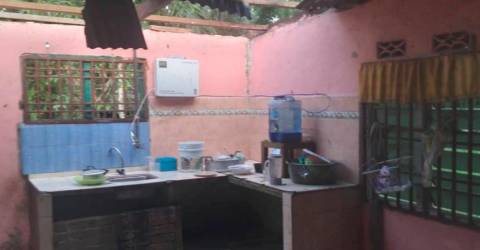 KUALA TERENGGANU: A total of 26 homes in four villages in Hulu Terengganu were damaged after a storm hit the district at 4 pm yesterday.

State Disaster Management Committee Secretariat said in a statement tonight, the storm caused damage to the roof of all the houses involved.

“The most affected area is Kampung Bukit Kolam which saw as many as 20 houses damaged,” it said adding three more houses in Kampung Ajil, two in Kampung Bukit Diman and one low-cost house in Tok Randok were also damaged.

There were no reports of injuries and no temporary relief centre had been opened so far, it added.-Bernama