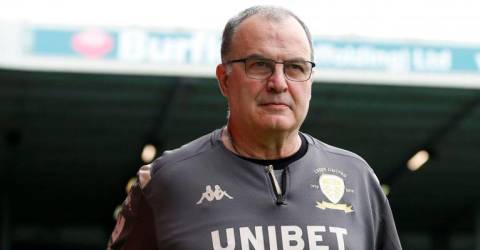 LONDON: Leeds United manager Marcelo Bielsa (pix) on Thursday suggested that squad depth was an issue for his side who have made a slow start to the season following a spate of injuries.

Leeds have struggled this term and sit one place above the relegation zone, a change from last season when they impressed following their promotion from the Championship, eventually finishing ninth.

“We suffered a lot of injuries, sometimes simultaneously and in the same position. There is evidence (that the squad needs more depth).”

Leeds will be without right back Luke Ayling, striker Patrick Bamford and leftback Junior Firpo for another two games, while Robin Koch is still a month away from returning to action following surgery to repair damage to his pubis area.

Midfielder Kalvin Phillips, who hasn’t played in three weeks due to a calf problem, is back in training but is unlikely to feature against Wolves.

“… Also, that there are no alternative plans in the way of playing. The way of playing is generic and it’s very difficult to imagine the game in a different way,” added the manager.

“We try to have the ball more than the opponent. We try to take the ball from our half to theirs without putting the ball too much at risk and having possession in their half creates danger. That’s part of all models.”

Leeds, with have six points from eight games, are six points behind 10th-placed Wolves. – Reuters