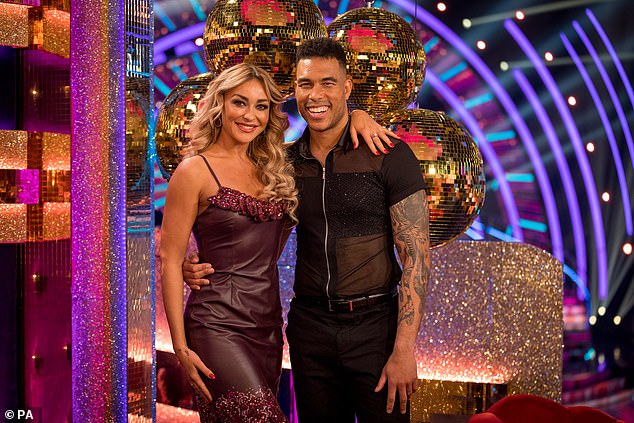 ‘Fear motivated me!’ Strictly Come Dancing star Jason Bell insists training for the ‘mentally and physically exhausting’ show is just as tough as his career in the NFL

By Joanna Crawley For Mailonline

Jason Bell says training for Strictly Come Dancing is as exhausting as his days as an NFL star.

The US athlete, 42, is currently competing on the hugely popular UK dance competition, and while he is only one live show down, the experience has already taken its toll.

Jason admitted that his ex Nadine Coyle along with his Strictly pro partner Luba Mushtuk have both helped him prepare for the BBC show.

Tough! Jason Bell says training for Strictly Come Dancing is as exhausting as his days as an NFL star, as he speaks out ahead of the BBC series’ second live show this weekend (pictured with pro partner (Luba Mushtuk)

Speaking to William Hill, for which he is an ambassador, the player turned pundit compared the training regime to football camp.

‘Strictly training compares to football practice like NFL training camp starts. You train all off season to get on the field but when you actually get on to the field you still have to get into ‘football shape’, he explained.

‘It’s the same with Strictly. No matter how in shape I thought I was in, you can’t get in dance shape unless you actually dance!’

The star, who is currently prepping for the second live show on Saturday, continued: ‘Football practice and Strictly training are both different but hard. Similar in that they are both mentally and physically exhausting, but the difference with dancing is that you don’t have an opponent.’ 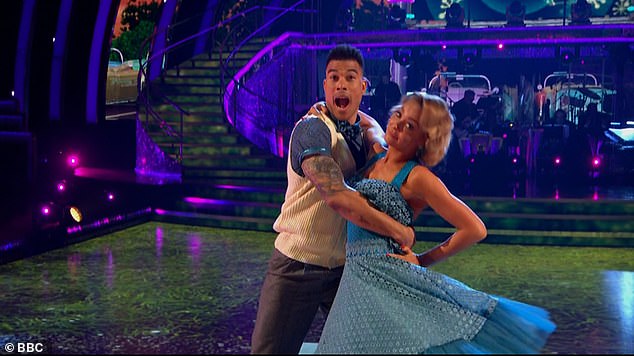 Athlete: The US athlete, 42, is currently competing on the hugely popular UK dance competition, and while he is only one live show down, the experience has already taken its toll

‘It’s more of an individual/duo combination for Strictly but you aren’t smashing into other people! It actually makes dance harder because you don’t have a clear opponent.’

‘I was more nervous in the NFL because I had an opponent. When I go on the Strictly stage, the only opponent I have is myself.’

And Jason added that there was only so much physical and mental preparation that he could do before throwing himself into the gruelling training regime ahead of the live shows. He has been given support from ex Nadine Coyle.

Musician Nadine and Jason dated on-off for 11 years after ending their romance last September, but have maintained an amicable co-parenting relationship for the sake of their daughter Anaiya, six.

‘I just tried to be in peak physical condition. I knew my body was going to go into shock, but I wanted to have the conditioning to be able to make it through dance practice.

‘Nadine has been so helpful. She is the only person who could mentally prepare me. I had no idea what I was getting into and she prepared me for how difficult learning the routines would be but not to panic, just keep putting in the work and it would start to click.’

While the Californian has always enjoyed dancing, he admits that he has been surprised by how much he has thrived off preparing for Strictly.

‘Yes, I like dancing, but I didn’t know I liked it this much! I have a newfound love for dancing now. I didn’t do anything professional before, it was all fun and just being the life of the party.’

‘Fear (is what motivated me). Something I knew I had no experience with and would challenge me. I’m an amateur and it was a challenge that fascinated and frightened me, and that’s the only way to grow.’

Jason made a decent start in the competition last weekend as he received a total of 16 points for his American Smooth with Luba. 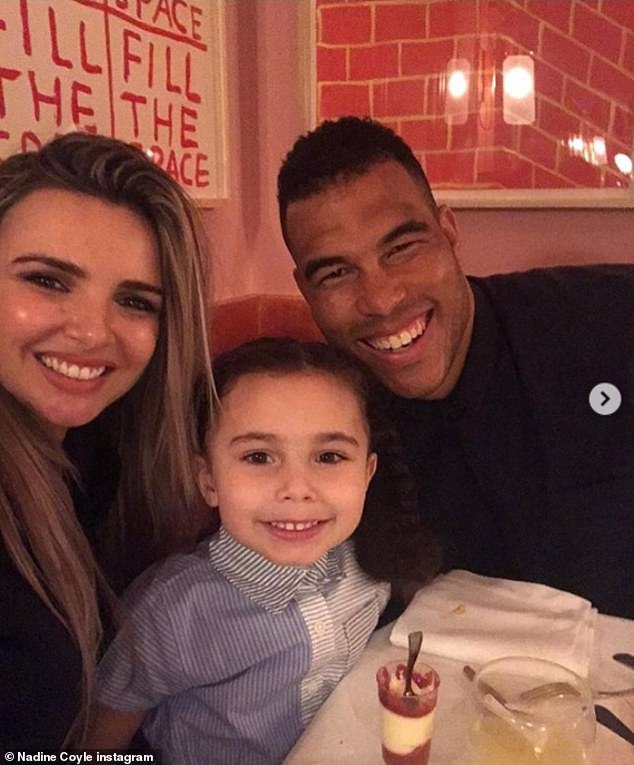 Family: Jason added that there was only so much physical and mental preparation that he could do before throwing himself into the gruelling training regime and he has been given support from ex Nadine Coyle (pictured with their daughter)