Strictly Come Dancing‘s Shirley Ballas has reportedly been left ‘devastated’ after suffering a hamstring injury which means she won’t be able to dance in Saturday’s finale.

The head judge, 59, hurt herself during a pantomime performance at the Darlington Hippodrome.

Despite being reportedly ‘chairbound’ for the hit BBC show’s final, Shirley is said to be acting like a ‘professional’ and will try to ‘make sure viewers barely notice’.

Injured: Strictly Come Dancing’s Shirley Ballas has reportedly been left ‘devastated’ after suffering a hamstring injury which means she won’t be able to dance in Saturday’s finale (pictured in January)

An source told The Sun: ‘It’s a huge blow for Shirley and she’s massively disappointed – but she’s a total professional too so she will do everything possible to make sure viewers barely notice.

‘It’s the biggest night of her year and she was really looking forward to dancing but now sadly that isn’t going to be possible – she’s going to be chair bound.’

The source went on to explain Shirley realised straight away that something wasn’t right and left the stage to get checked out. 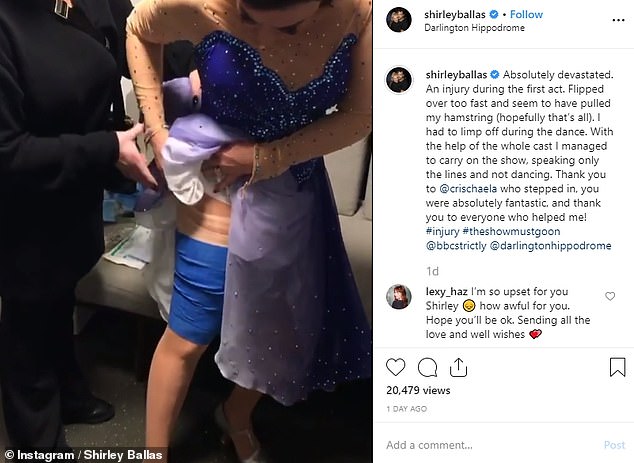 ‘Absolutely devastated’: The head judge, 59, hurt herself during a pantomime performance at the Darlington Hippodrome 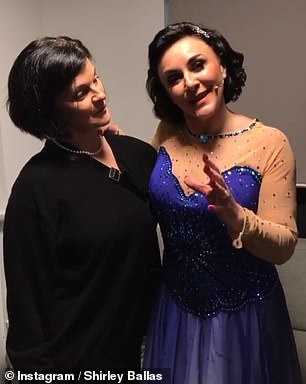 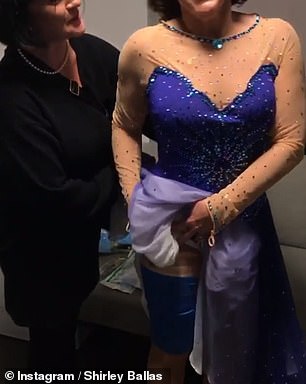 Staying positive: Despite the bad timing, Shirley managed to continue performing her lines in the panto with someone else stepping in for the dancing parts

MailOnline has contacted the BBC and Shirley’s representative for comment.

Shirley is currently starring as Mother Nature in Jack and the Beanstalk panto, alongside her beau Daniel Taylor.

On Friday she took to Instagram to reveal she had injured herself in the first act, explaining she: ‘Flipped over too fast and seem to have pulled my hamstring (hopefully that’s all).

‘I had to limp off during the dance. With the help of the whole cast I managed to carry on the show, speaking only the lines and not dancing. 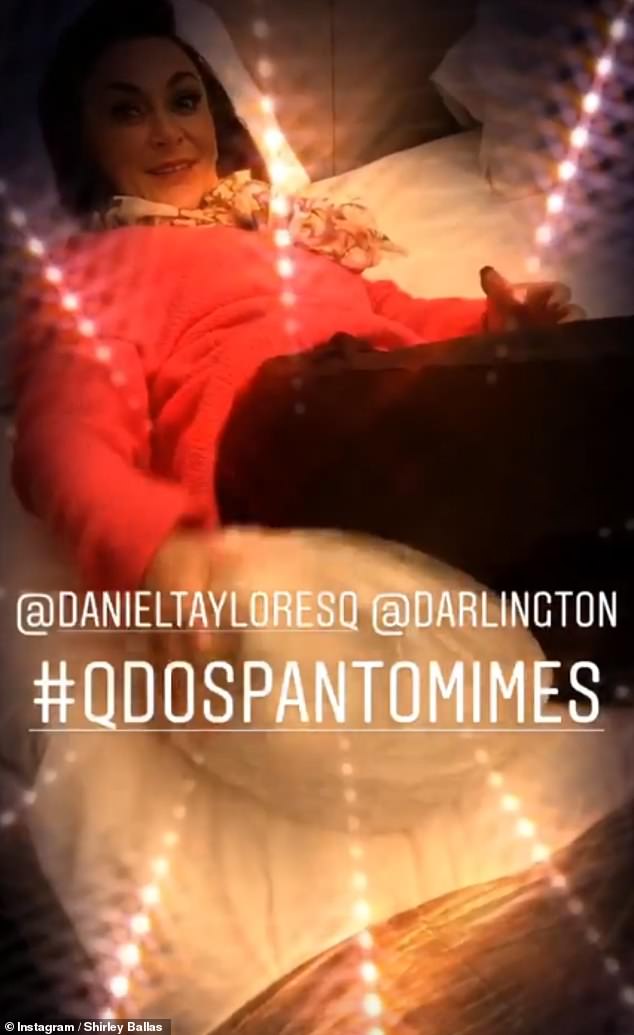 Trying to get better: The star appeared to be in good spirits despite her injury as she iced it up after performing in the Darlington pantomime on Friday night

‘Thank you to @crischaela who stepped in, you were absolutely fantastic, and thank you to everyone who helped me!’

And later Shirley shared another video before her panto appearance to explain that she had seen a doctor about her injury.

The star told her fans: ‘I’ve been to see the doctor and been strapped up and had the ultrasound and acupuncture. 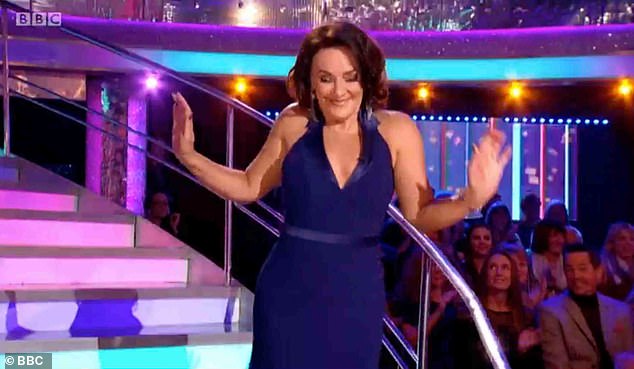 Show must go on: It is thought that the Strictly head judge will ‘do everything possible to make sure viewers barely notice’ her injury but will be reportedly ‘chairbound’

After appearing in the panto, where someone else took over Shirley’s dancing parts, the Strictly judge shared another clip of her icing up her injury.

Daniel can be heard saying that he asked for some ice and was given ‘half the north pole’ before Shirley is seen laying down and placing the ice on her leg.

Shirley confirmed her relationship with Daniel in March, but she has since revealed she was initially worried about the 12-year age gap between them. 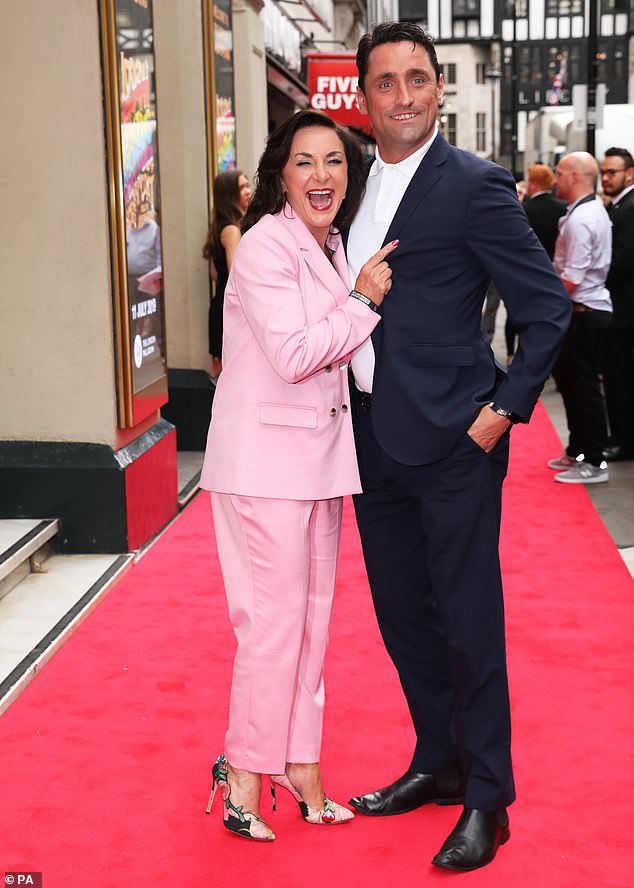 Loved-up: Shirley confirmed her relationship with Daniel Taylor in March, but she has since revealed she was initially worried about the 12-year age gap between them (pictured in July)

She also confessed that she and her 47-year-old partner spent hours agonising over her being the older woman.

Speaking to Saga magazine, she said: ‘It makes me cross when he is described as a toy boy. He is a 47-year-old grown man who can make his own choices.

She continued: ‘When I first got together with Danny it was an issue for me, and we sat for many hours talking about it.

‘I don’t want to go into a relationship that can’t go anywhere. I don’t want his son, aged eight, to get to know someone who is here today and gone tomorrow.’

The Strictly Come Dancing final will air on Saturday, December 14 at 7:05pm on BBC One. 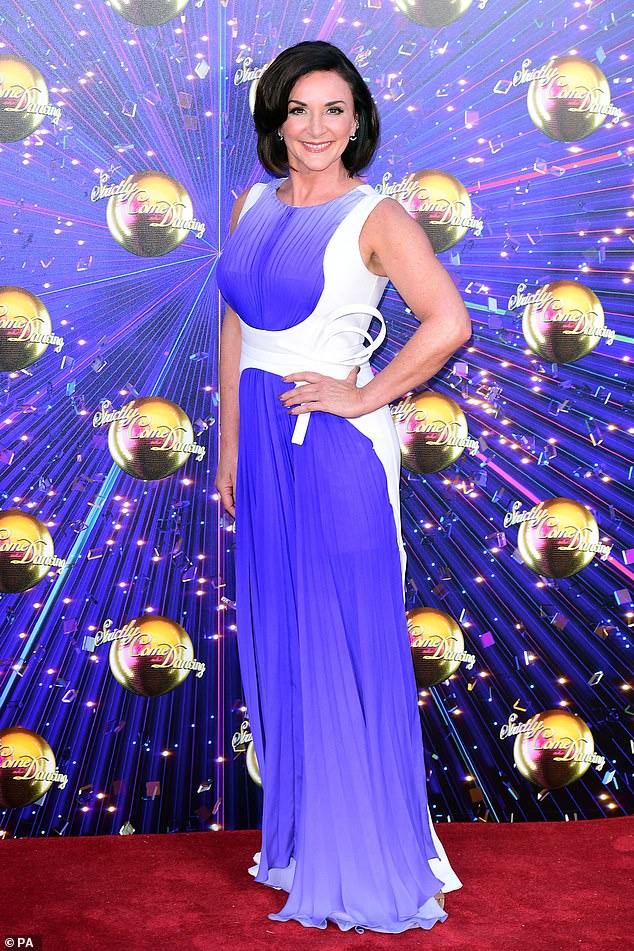 Big night: The Strictly Come Dancing final will air on Saturday, December 14 at 7:05pm on BBC One (Shirley is pictured at the show’s launch in August)