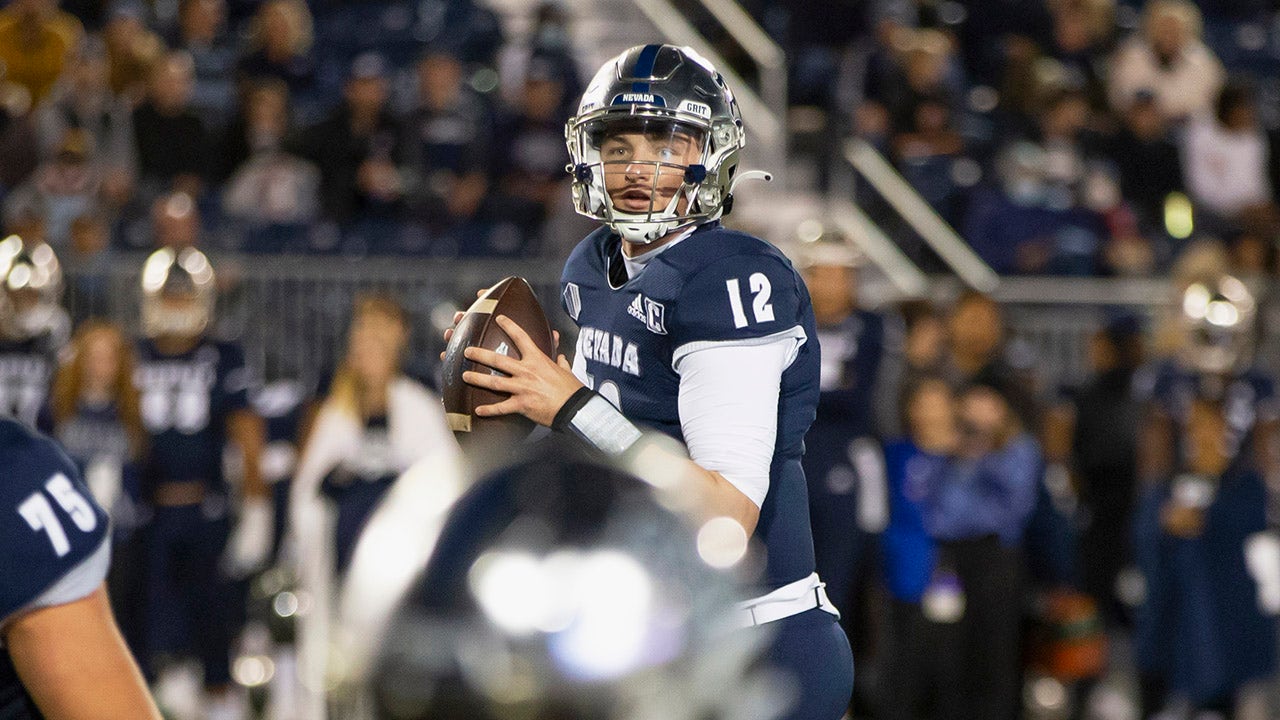 Tight end Turner dove away from tight coverage to make a 4-yard touchdown catch in the end zone as Nevada marched its opening possession 73 yards in five plays. Doubs made a leaping catch for a 28-yard score and a 20-0 halftime lead.

Brandon Talton added a season-long 52 yard field goal followed by 26- and 22-yarders for the Wolf Pack. Strong was 37 of 49 passing — his sixth career game with at least four touchdown passes.

Nevada held UNLV (0-8, 0-4) to 16 plays from scrimmage and four punts in the first half before the Runnin’ Rebels got untracked. UNLV has lost its last 14 games.

Tyson Williams intercepted Cameron Friel on UNLV’s second play after halftime and wove his way 49 yards for a touchdown, boosting the Nevada lead to 27-0. Daiyan Henley made his pick with under five minutes remaining, returning 50 yards to score Nevada’s final points.

Friel, who completed 27 of 41 passes for 283 yards with two touchdowns and three interceptions, fired a 23-yard dart to Kyle Williams, wide open in the center of the end zone, to break the shutout.

Charles Williams added a four-yard touchdown carry for his 27th career rushing touchdown. Steve Jenkins made 12 catches for a season-high 133 yards and a TD.

The teams were playing for the largest and heaviest rivalry trophy in college football — a 545-pound replica of a mountain howitzer abandoned by John C. Fremont in the Sierra Nevada mountains during an expedition in 1844.