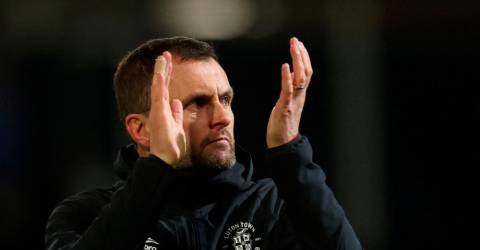 LONDON: Nathan Jones has been tasked with saving Southampton from relegation after being appointed manager of the Premier League club on Thursday.

The 49-year-old signed a three-and-a-half year contract and replaces Ralph Hasenhuttl who was sacked on Monday.

Jones gets the job on the back of an impressive second spell with Championship side Luton.

“Southampton Football Club is delighted to announce it has appointed Nathan Jones as its new Men’s First Team Manager,“ read a club statement.

Southampton axed Hasenhuttl after their eighth loss in 14 league games, a 4-1 defeat against Newcastle on Sunday, left them languishing in the relegation zone. – AFP