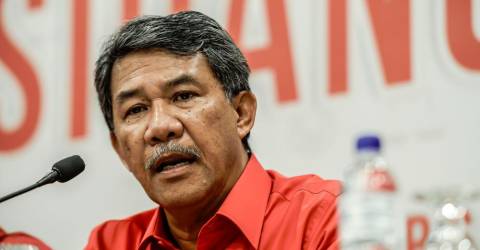 Mohamad said the decision to field Khairy was due to the party machinery’s positive response that welcomes the Health Minister to contest the seat.

“Sungai Buloh has more than 70 per cent of Malay voters, a very safe seat for Khairy. The Sungai Buloh UMNO division chief is Khairy’s political secretary (Datuk Megat Firdouz Tan Sri Megat Junid), UMNO there welcomes him, it is better to go there than go somewhere that people do not accept him.

“Don’t get me wrong, it’s a very safe seat because the people there want a candidate from UMNO… I’m sure Khairy will excel,“ he told reporters after handing over candidate documents to Negeri Sembilan BN candidates here today.

Khairy is an outstanding leader with a bright future in the party, he added.