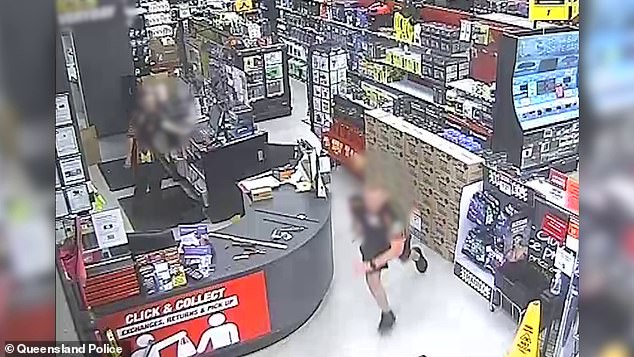 A woman who allegedly stole from a Supercheap Auto store and hid the items under a blanket in her pram has been charged by police.

Darren Woolfe, a former employee at the auto-parts store in the Gold Coast, was stood down after confronting the alleged thief as she left the shop on April 24.

Queensland Police in May confirmed it was looking for the woman, who allegedly stole two disc-rotors before swiftly walking out of the Ashmore store.

Last month the 43-year-old was charged with two counts of stealing and one charge of fraud.

She is due to face court on August 29.

CCTV earlier released by police showed the woman stroll past the cashier and leave the store before Mr Woolfe was seen running after her.

A scuffle ensued between the pair, with the woman screaming at Mr Woolfe to ‘let go of my baby!’

The footage of the confrontation went viral and led to Supercheap Auto temporarily standing down Mr Woolfe, before he left the company altogether.

The company was slammed online for standing Mr Woolfe down but said it had policies in place to keep staff safe and stop them from confronting shoppers. 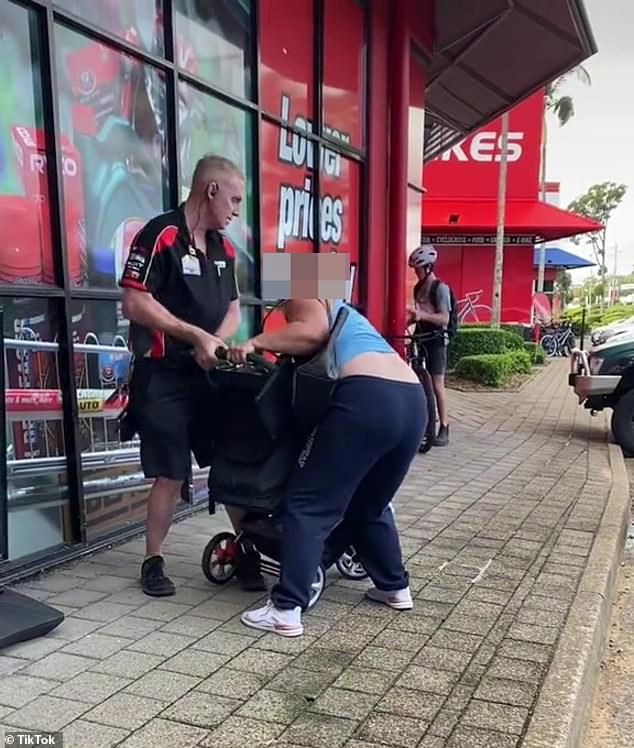 The footage shows the frustrated employee grabbing the pram

‘In businesses you can measure a lot of things with KPIs like performance, but loyalty you can’t measure,’ Mr Farrar told Nine News.

‘So I thought he’s a very loyal kind of guy and the sort of person I want on my team.’

Daily Mail Australia earlier revealed the worker had been swamped with job offers before taking up a role with his new employer.

Dozens of people threatened to boycott the Supercheap Auto chain over the firing.

‘After watching the video it’s crazy that Supercheap have stood him down after the commitment to them he demonstrated!’