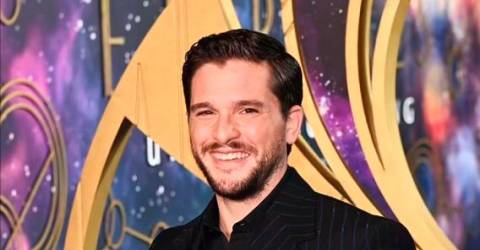 ACTOR KIT Harington has spoken up about his delightful Game of Thrones reunion with Richard Madden.

Since the casting announcements were made last year, fans of the HBO series have been excited to see the pair share scenes on the big screen.

While Harington was pleased to reunite with his former co-star, he had one issue with the arrangement.

“It’s so little together. It’s the funny thing. It’s like we existed, like memories. We’ve been friends for a long time now. But actually, look at the amount of screen time we’ve had,

“It’s very, very little. I just want more, you know? That’s all I want, ”said the British actor in a recent virtual global press conference. However, this is not the first time Harington has publicly opened up about the cinematic arrangement.

Speaking with Variety recently, Harington discussed the matter further. “We’ve been close friends for a long time. We’d kind of came up together and that creates quite a special bond. So actually, we have a very close friendship, but screen time doesn’t reflect that,

“If you add up all the scenes that me and Richard have shot in anything, Thrones and this, I think it comes in it at about four scenes. Isn’t that weird? “

Eternals will mark the pair’s debut in the Marvel Cinematic Universe.

Directed by Oscar-winning director, Chloe Zhao, the film will center around the Eternals, a race of immortal beings who have lived on Earth very long. The superhumans will reunite to battle the evil Deviants.

The film boasts one of the most diverse casts of any Marvel movie.