Leading supermarkets are misleading customers by selling ‘fresh’ turkeys slaughtered a month ago and kept in deep-chilled conditions – and then charging up to 72 per cent more for them than frozen ones, an industry expert has claimed.

Nigel Broadhurst, chair of the British Frozen Food Federation, questioned the practice of labelling Christmas turkeys as ‘fresh’, when many were slaughtered in November, and selling them for a higher price.

Speaking to The Sunday Times, he said: ‘They think they are buying a fresh turkey. They are not.’

Questions have been raised over turkey sold by leading supermarkets that was slaughtered in November, kept in deep-chilled conditions – and is more expensive than frozen varieties

Broadhurst, who is also managing director of Iceland, cited both Sainsbury’s and Marks & Spencer as retailers that sell deep-chilled turkey as ‘fresh’ turkey and argued for greater ‘transparency’ over the issue.

Whereas frozen turkeys are flash frozen immediately after processing to at least -12°C or below and held at that temperature, fresh turkeys are individually sealed into food safe bags, which are then placed into a second wrapping containing a ‘gas flush’.

The gas flush, which contains carbon dioxide, is designed to push out the oxygen and extend the shelf life of the turkey.

The turkey is stored at temperatures as low as possible without actually freezing the meat, which is typically -2°C. 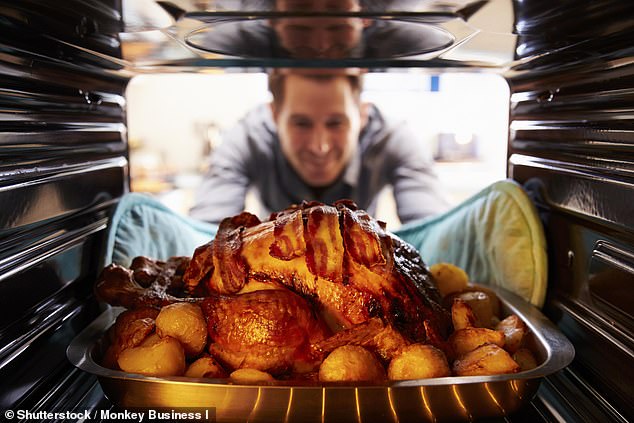 In a statement to MailOnline, Andrew Opie, director of Food and Sustainability at the British Retail Consortium, defended the practice.

He said: ‘This has been the process for years and it is the best way for retailers to ensure they can provide good quality, affordable turkeys from the best suppliers to consumers at Christmas.

‘We believe this has always been clear and is fully in line with labelling regulations.’

Around 9million turkeys have been reared for the Christmas season, according to the latest figures from the British Poultry Council. 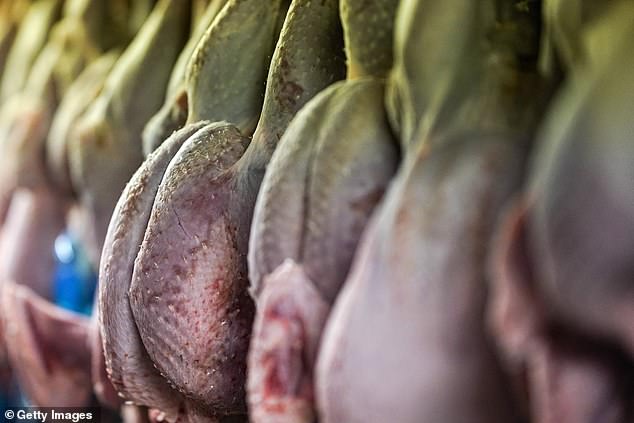 Some 9million turkeys were reared for Christmas, according to the British Poultry Council