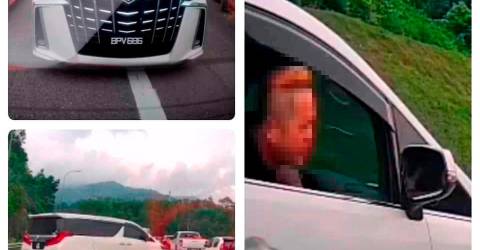 PETALING JAYA: The driver of a Toyota Alphard, who was remanded to assist in a police investigation into reckless driving on the Kuala Lumpur-Karak Highway, has been released on police bail.

According to a report by Kosmo, police said the driver was released after giving his statement yesterday.

Recently, a video showing the perpetrator driving dangerously and overtaking in the emergency lane besides behaving provocatively towards other road users went viral on social media.