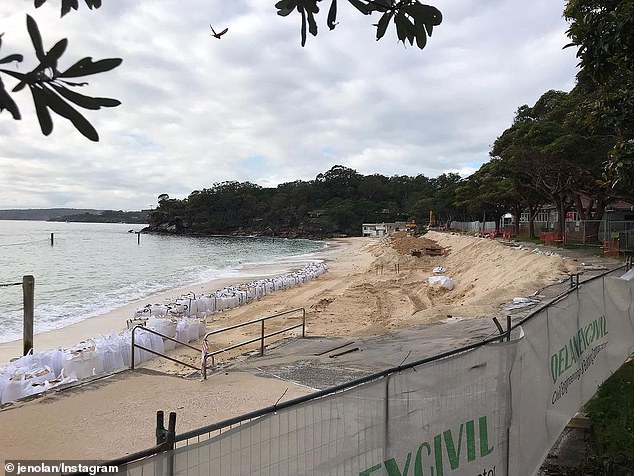 The beach you WON’T be able to go to this summer: Why a Sydney favourite will be out of bounds even after the rain finally stops

Soggy Sydney may be dreaming of spending some quality beachtime when the sun finally breaks out but the wet weather has claimed one of city’s favourite sandy spots, Shark Beach.

Despite the uninviting name, the beach nestled along Neilson Park on the coastal side of exclusive Sydney eastern suburb Vaucluse is a favoured family haunt but it has been shut since March 1 to allow renovation work on its seawall.

The beach was meant to reopen in December but soaking weather means the work on the 160-metre concrete wall won’t be finished until next year.

The NSW National Parks and Wildlife Service told the Sydney Morning Herald that the wet weather had delayed a number of its projects around Sydney.

‘Continued poor weather has forced delays to a number of projects across the Sydney region, including the Nielsen Park seawall replacement, new whale watching platform at Cape Solander and North Head upgrade by several months,’ a NPWS spokesperson said.

The beach’s promenade and popular kiosk and cafe, The Nielson, are also shut for the duration of repairs. 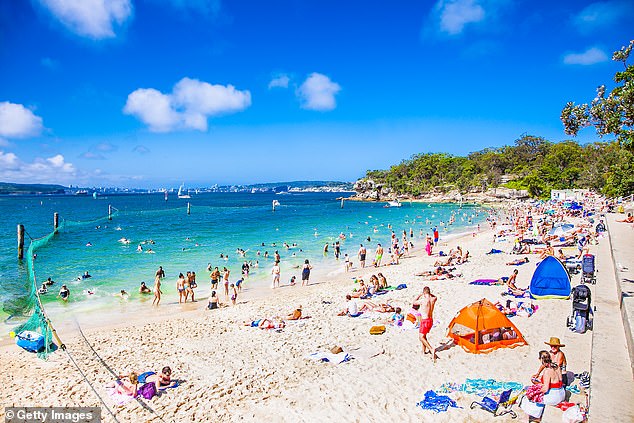 Normally the sheltered beach is a favoured one for families, both locals and tourists

As well as repairing the seawall, which was built in the 1930s and suffered considerable damage during storms in 2016, works include creating a wheelchair-accessible ramp to the beach and improving stair access to the beach.

New lawn and more native trees will also be planted and with the promenade area expanded and resurfaced and a new irrigation system put in place. 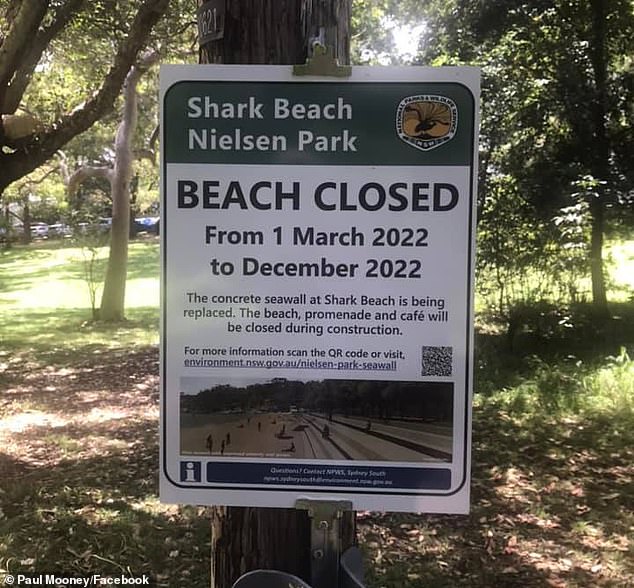 Woollahra mayor Susan Wynne told the Sydney Morning Herald that while it was disappointing to lose the beach over summer, the repair works were necessary. 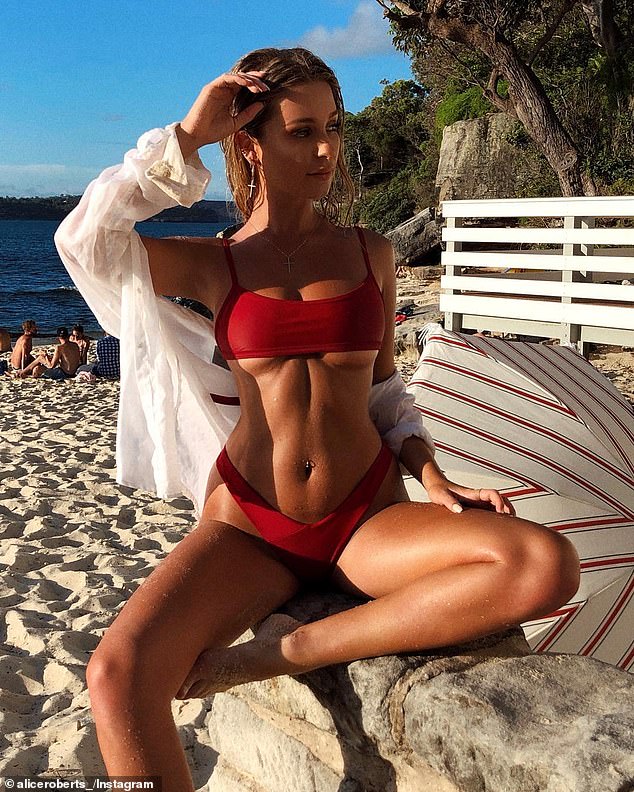 As a sheltered inner Harbour spot, Shark Beach is considered great for safe family swimming with soft sand, a shady and leafy park backdrop and views of the Sydney city skyline from the water.

Tourism Australia lists Shark Beach as one of the nine best beaches in Sydney, making it popular among tourists as well as locals.