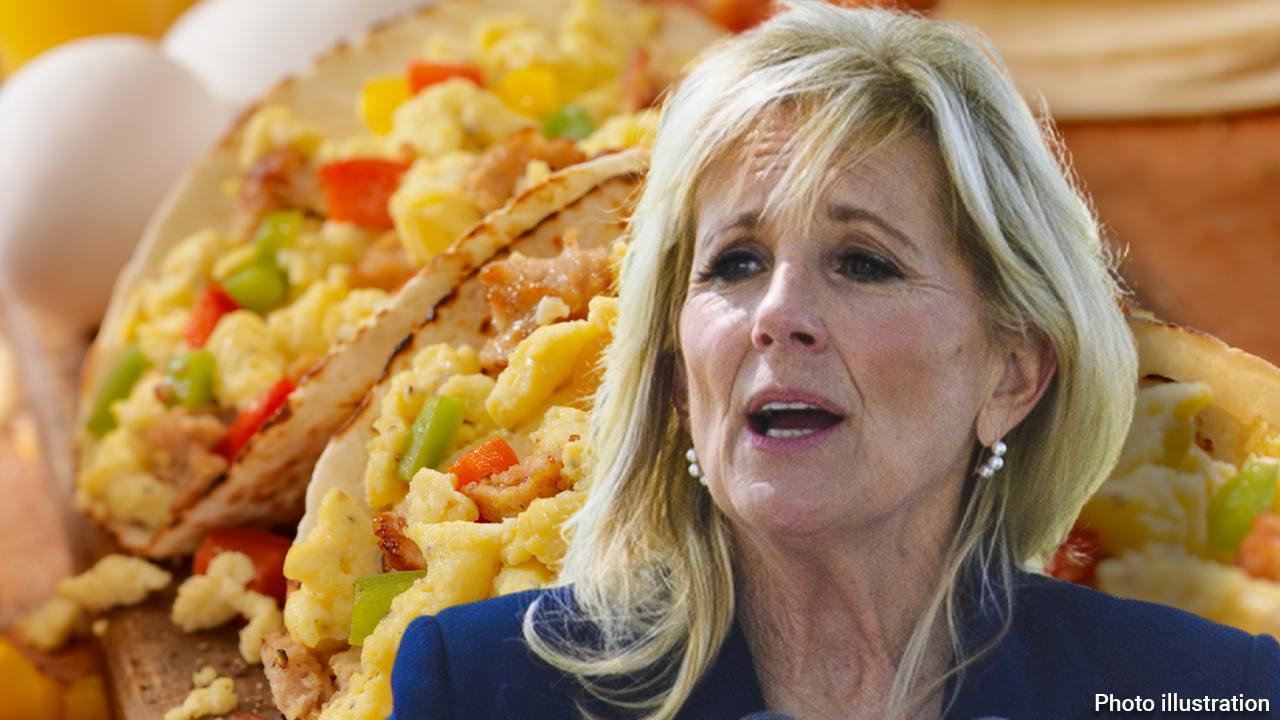 The Republican National Committee (RNC) did not waste any time before fundraising off of First Lady Jill Biden’s comparison of Latinos to “breakfast tacos.”

The viral comment, made by the president’s wife in San Antonio, Texas, where she spoke to a group of Hispanic voters at the 2022 UnidosUS Annual Conference Monday, can now be worn as a T-shirt.

The RNC launched a t-shirt with a taco image and caption that reads “not your breakfast taco,” available from the party’s online store. The description on the item urges buyers to “Let Jill Biden know that we are NOT her breakfast tacos” and that “proceeds go towards helping Republicans retake the House and Senate in 2022.”

In her speech Monday, the First Lady told the crowd that, “the diversity of this community, as distinct as the bodegas of the Bronx, as beautiful as the blossoms of Miami and as unique as the breakfast tacos here in San Antonio, is your strength.”

HISPANIC JOURNALIST GROUP SCOLDS JILL BIDEN FOR ‘BREAKFAST TACOS’ REMARK: ‘DO NOT REDUCE US TO STEREOTYPES’

RNC Communications Director Danielle Alvarez told Fox News Digital in an exclusive statement that “Biden and Democrats have no idea how to speak to a community they have never cared about and consistently take for granted. Their attempts to pander are disrespectful and derogatory.”

“With Jill Biden comparing us to tacos, it makes sense why Hispanics overwhelmingly disapprove of this out-of-touch, failed administration and are leaving the Democrat Party in droves,” Alvarez said.

The First Lady’s comment, which drew laughter from the crowd, quickly went viral with prominent political figures criticizing and making fun of the speech.

Hosts of ABC’s The View also expressed criticism of the comment. Sunny Hostin said “it was a racial stereotype,” and co-host Whoopie Goldberg said the First Lady should “try not to do it again.”

The speech comes as the Biden administration attempts to gain more support from the Hispanic community, as midterm elections approach.

The taco fiasco comes just days after President Joe Biden faced backlash for apparently misreading a teleprompter during a speech.

Aubrie Spady is a college associate for Fox News Digital.