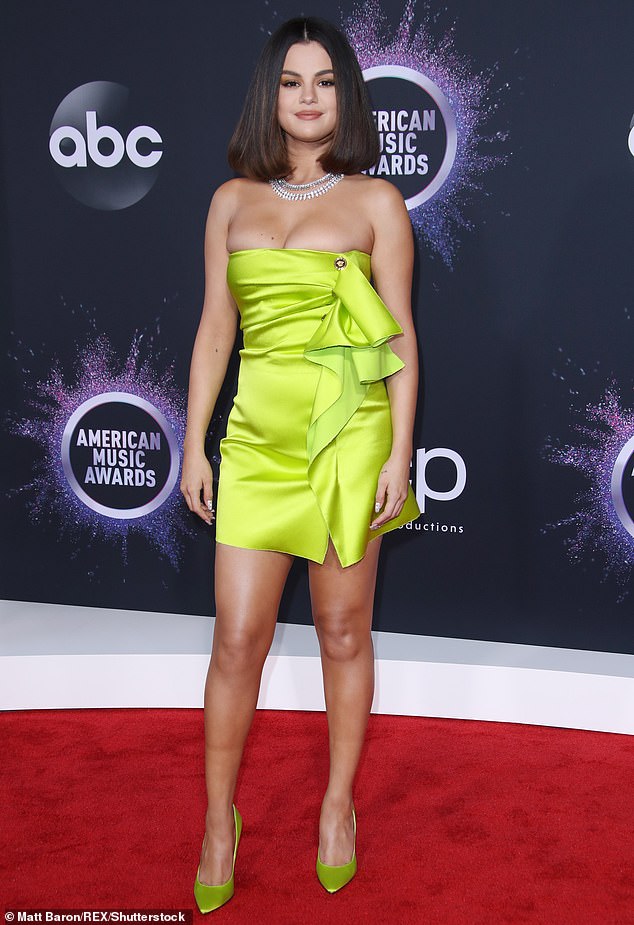 Selena Gomez brought attention to racist content and misinformation on Facebook in a private message to Facebook executives shared on her Instagram Friday night. The 28-year-old Rainy Day In New York star shared a screenshot of her message to Facebook co-founder and CEO Mark Zuckerberg and Sheryl Sandberg, the company’s chief operating officer, in her … Read more Selena Gomez shares her private message to Mark Zuckerberg about hateful content on Facebook 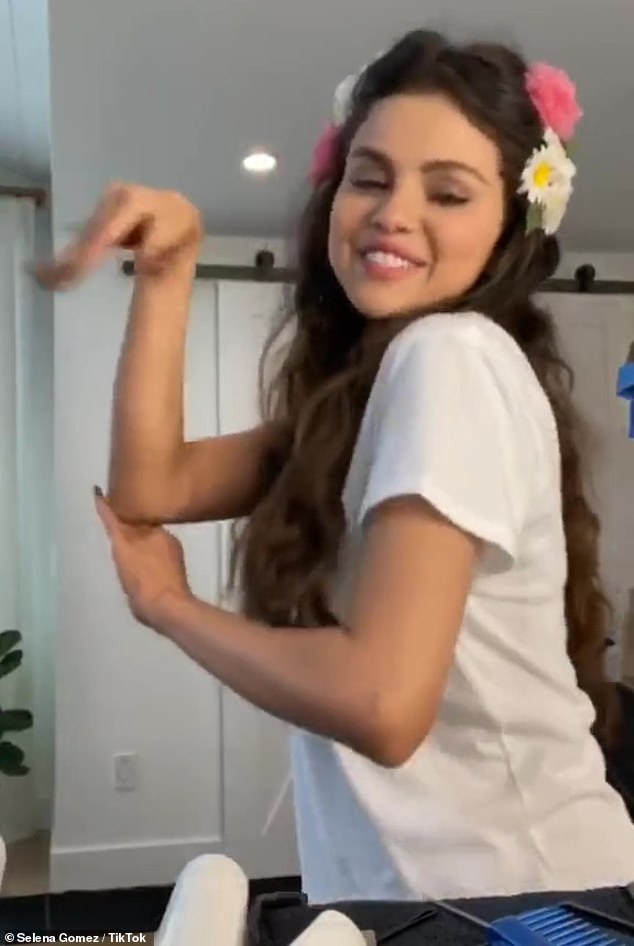 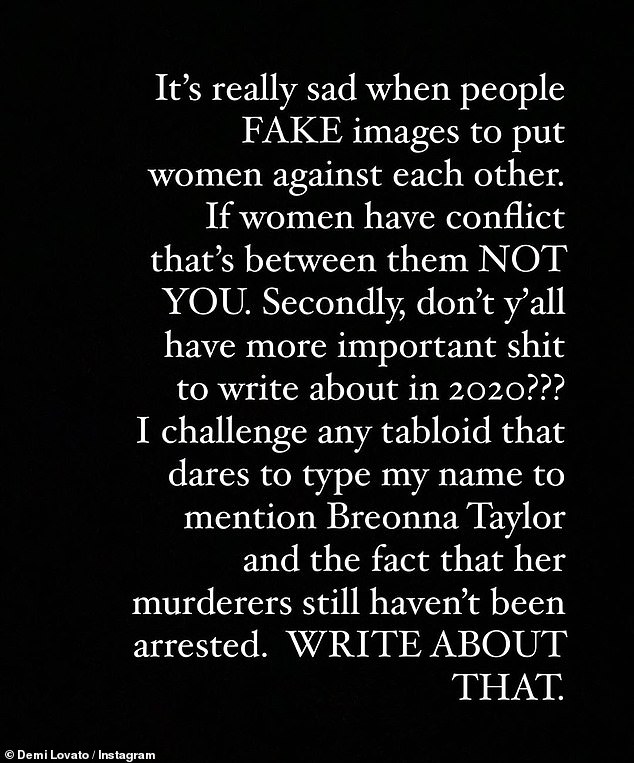 Demi Lovato took to Instagram on Sunday to seemingly debunk a slew of viral screenshots that showed rude tweets made by her fiance Max Ehrich, 29, in 2015.  ‘It’s really sad when people FAKE images to put women against each other. If women have conflict that’s between them NOT YOU,’ began the 28-year-old pop star in her … Read more Demi Lovato seemingly reacts to ‘fake’ tweets written by fiance Max Ehrich about Selena Gomez 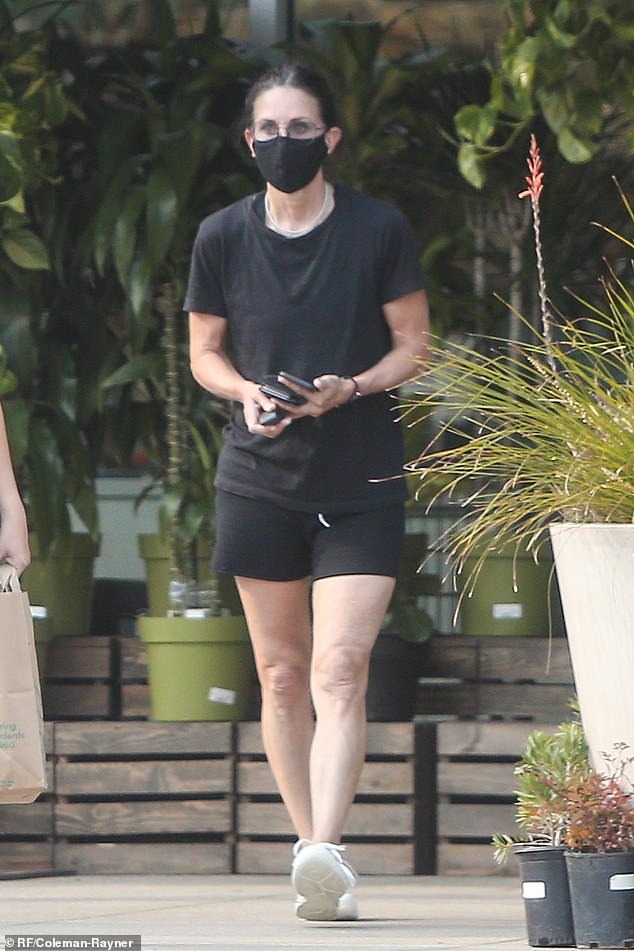 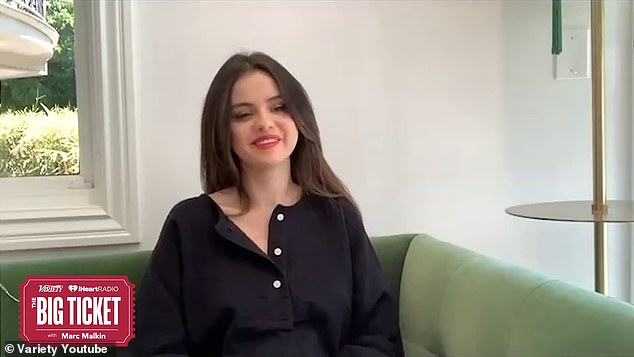 Selena Gomez is getting candid about her dating life.  The Rare singer often pours her heart out in her music but rarely gets candid about her string of famous exes in interviews.  But that changed during a makeup tutorial with beauty vlogger NikkieTutorials, titled Get Glam With SELENA GOMEZ & Me! The 28-year-old stunner said … Read more Selena Gomez reveals ‘My exes think I’m crazy’ in a new interview 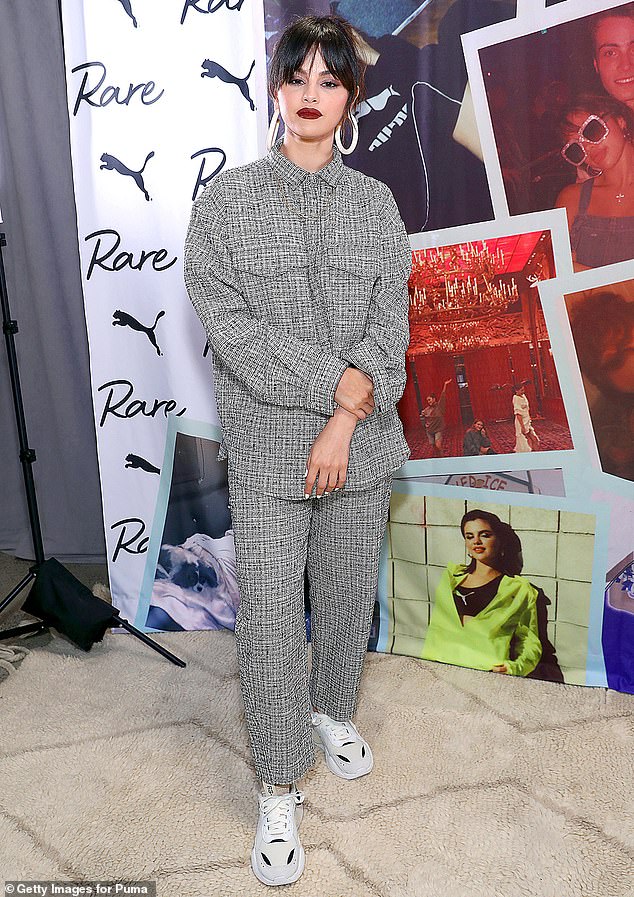 She is gearing up for the release of her new romantic comedy The Broken Hearts Gallery. But Selena Gomez warned her fans on Monday not to underestimate the ongoing coronavirus pandemic. The 28-year-old actress and singer stressed that ‘COVID-19 is not fake news’ in an Instagram post where she shared the newest trailer for the … Read more Selena Gomez warns her fans that ‘COVID-19 is not fake news’ while promoting her new film 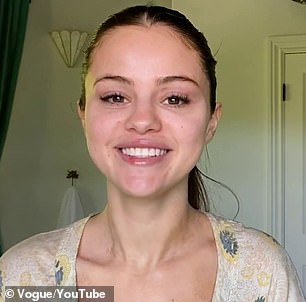 Selena Gomez has firmly planted herself in the competitive world of makeup with her new Rare cosmetics line. But on Thursday the Texas native proved she is up for the task as she expertly made herself in a video for Vogue. The Fetish singer spent 11 minutes going from makeup free to glam with cat … Read more Move over Kylie Jenner! Selena Gomez nails a makeup tutorial 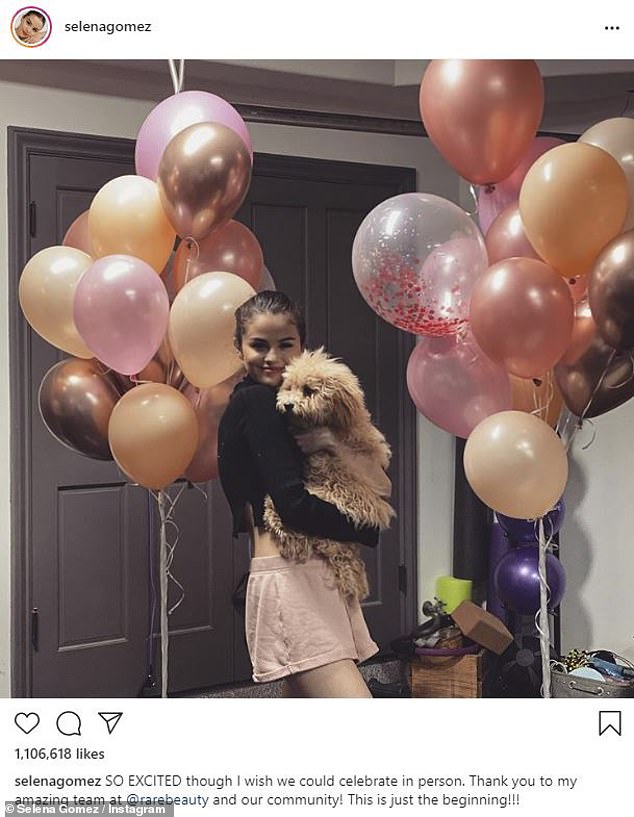 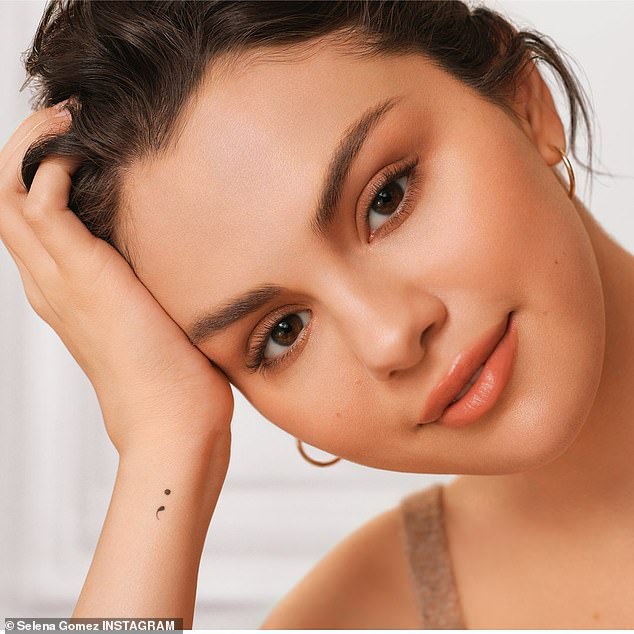 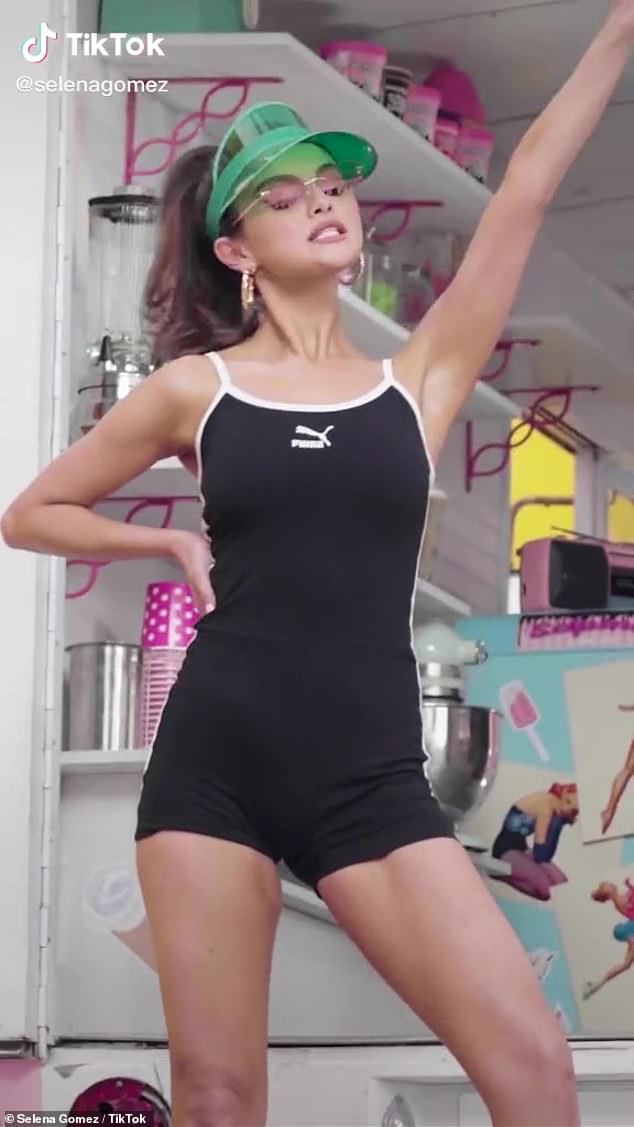 Selena Gomez showed off her slender figure for her new Ice Cream music video that debuted last week. And on Tuesday more images from the shoot where the 28-year-old was in a black Puma bodysuit were posted on Tik Tok, revealing the former Disney star is slimmer than ever. That same day the siren talked … Read more Selena Gomez shows off her incredible weight loss in bodysuit 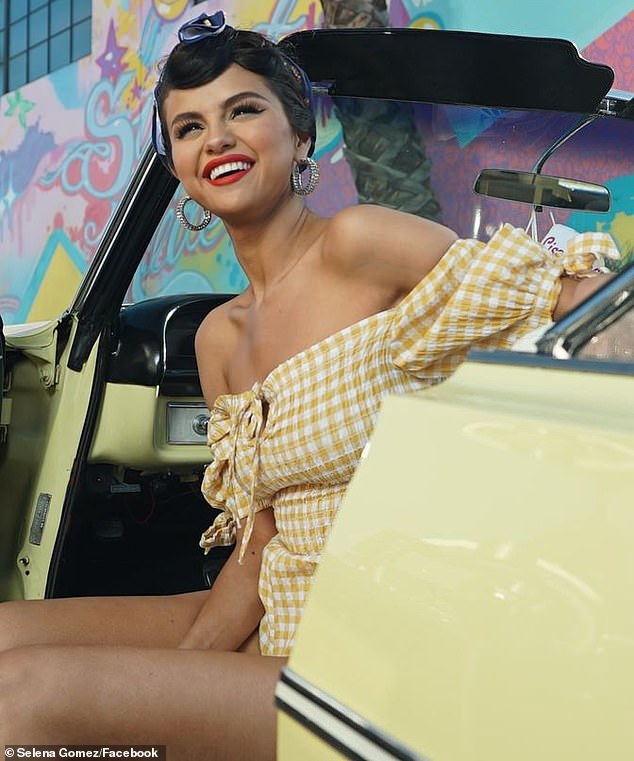 Selena Gomez purchased one of the late Tom Petty’s homes earlier this year and now that she is settled in, the star feels inspired by the property where Stevie Nicks of Fleetwood Mac once spent time. The former Disney actress, who is promoting her song Ice Cream with BLACKPINK, told Zane Lowe on New Music … Read more Selena Gomez inspired by Tom Petty, Stevie Nicks while in his ‘lair’ 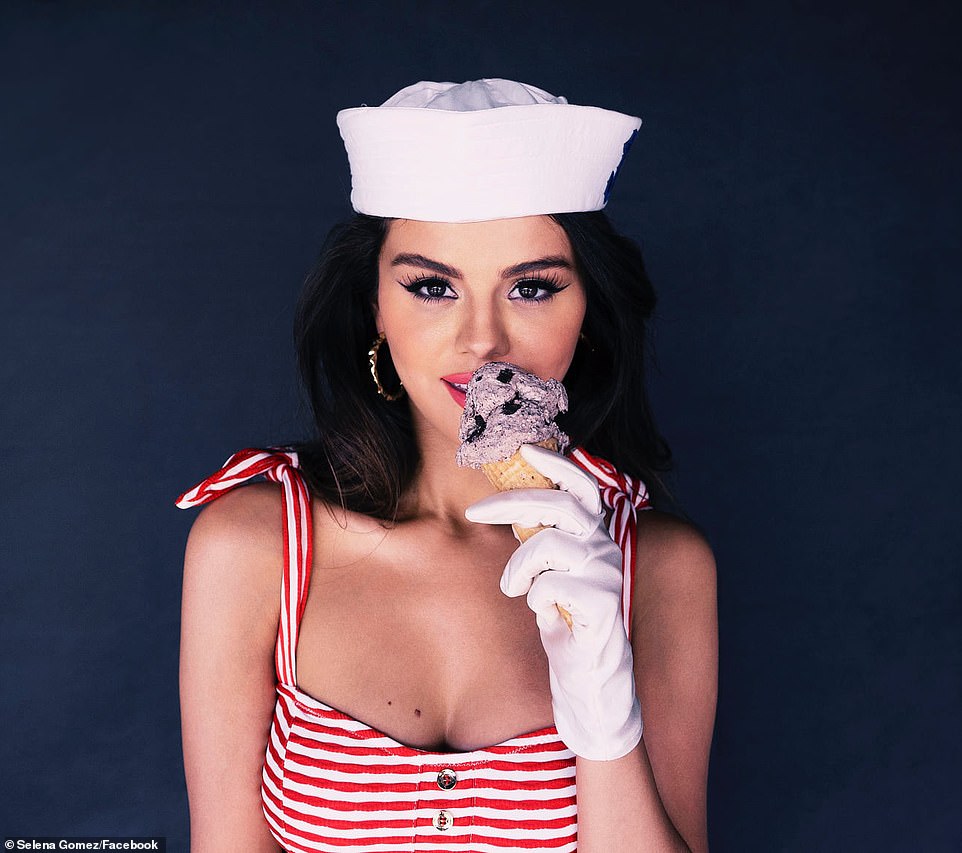