By Max Mathews For Mailonline

His minutes had been reduced this season following the arrival of £47.5million signing Timo Werner from RB Leipzig.

But Abraham has won back his place in the side, starting six of the Blues’ last seven games, and stated team-mate Giroud’s guidance was crucial in his improvement.

He told the Chelsea website: ‘Of course, I learn a lot from him. He’s someone I grew up watching on TV so it’s great for me to be training with him now every day.

‘I like to watch him and steal some ideas to add to my own game. I look at the way he holds the ball up and try to add parts of his game to mine. 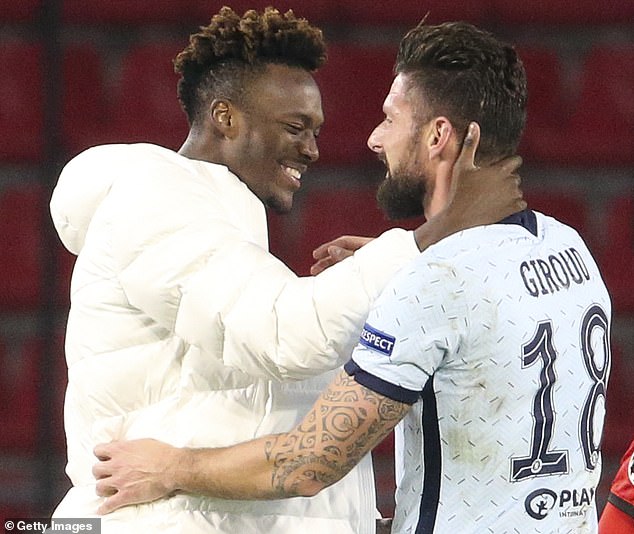 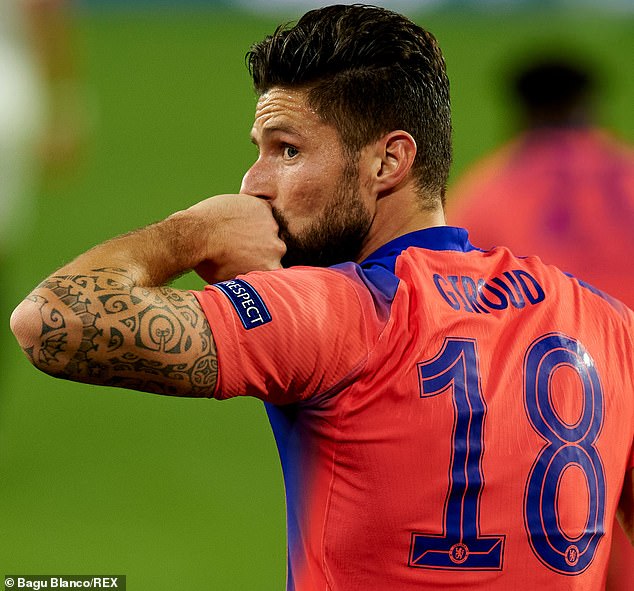 The 105-cap French international, 34, scored a magnificent four goals against Sevilla in Europe

‘He gives me advice all the time. We were on the plane back from Newcastle the other day and I asked him what he thought of my header that the keeper saved.

‘He gave me good criticism and things I can work on to score more headers.’

There is now healthy competition for the central striking role at Stamford Bridge, with 34-year-old Giroud offering a valuable option on as well as off the pitch.

Former Arsenal forward Giroud was praised by Glenn Hoddle after scoring all four goals in the 4-0 Champions League rout at Sevilla on Wednesday.

Frank Lampard also has the option of putting Werner wide left and playing the German in conjunction with Abraham or Giroud up front.

Although Lampard’s side failed to score against a resolute Tottenham Hotspur last weekend, they face Leeds on Saturday evening with the chance to go top of the table if they win.