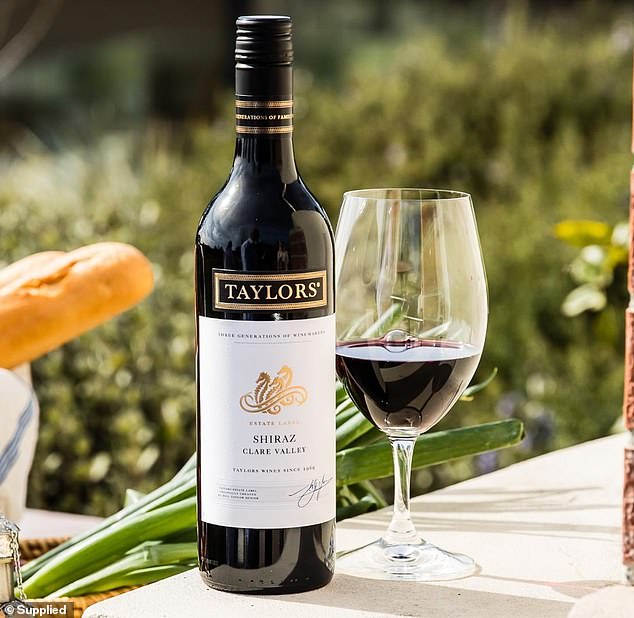 A $22 Australian Shiraz has been named as one of the best in the world at a prestigious international wine show.

Taylors Estate 2020 Shiraz was crowned the overall champion for 2022 at the VINUS International Wine and Spirits Competition.

The family owned and operated winery was the only Australian maker represented in the competition but claimed 17 medals with its Shiraz earning a gold medal.

Made from grapes grown on the Limestone Coast in the Clare Valley region, the 2020 Shiraz was aged in American oak for 12 months and has notes of dark plum, cherry and redcurrant.

The affordable 2021 Shiraz won more than one gong at the awards ceremony and was named best.

The Aldi Special release Shiraz is just $15.99 and still available in stores however the chardonnay currently not in stock due to be released later this year.

The VINUS International Wine and Spirits Competition is held each year in Argentina  with a panel of expert judges from the industry including sommeliers, journalists, oenology professionals, sensory analysts, and international traders.

Taylors Wines third-generation Winemaker and Managing Director Mitchell Taylor said it was ‘something else’ for the company to have received international recognition.

‘It’s been a challenging few years, but the Australian wine industry is resilient,’ he said.

‘Despite the obstacles, there are some green shoots of optimism and excitement as we welcome more and more international travellers to our wine regions. Through awards like this, we’re able to promote the story of quality Australian wine to the world.’