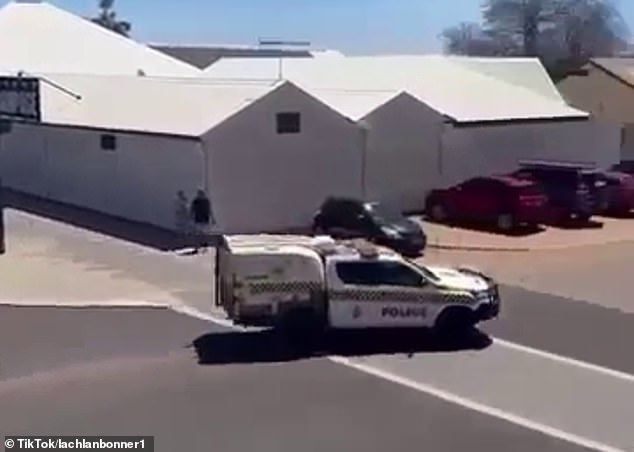 A 17-year-old boy has been arrested after leading police on a wild chase with cops managing to end the dramatic incident by ramming the teen’s vehicle.

The teen is accused of stealing a 4WD in Broome, Western Australia on Monday and driving it through the town, while being pursued by officers.

The wild chase was brought to an end just before midday near the popular tourist spot Streeter’s Jetty after an unmarked SUV T-boned the vehicle.

Kimberley Police Superintendent Craig Parkin said the pursuit began after a member of the public noticed a car driving dangerously.

Superintendent Parkin said police were led through the fairways of the local golf club and through part of the local high school.

‘At this time the high school was locked down, which didn’t place any immediate risk to anyone at the school,’ he added.

One onlooker posted a video to TikTok of the moment police were able to bring the vehicle to a stop.

Police in Broome, Western Australia, were led on a wild chase on Monday

As a crowd began to develop around the scene, the teen’s vehicle was seen moving onto the footpath and heading towards members of the public.

An unmarked police SUV was then seen closing in and T-boning the car, ultimately bringing it to a stop.

Officers then swarmed the vehicle once it had become trapped, with onlookers cheering them on.

The video has been viewed more than 140,000 times on TikTok with commenters joking about how long the community would be discussing it.

‘They will be talking about this day for years as the most exciting thing to happen in Broome,’ one joked. 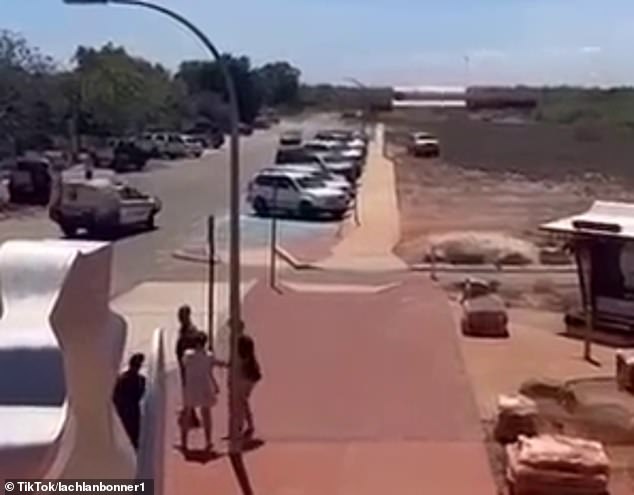 As officers tried to block off the main road, the teen’s vehicle was seen veering onto the footpath and towards a crowd of onlookers 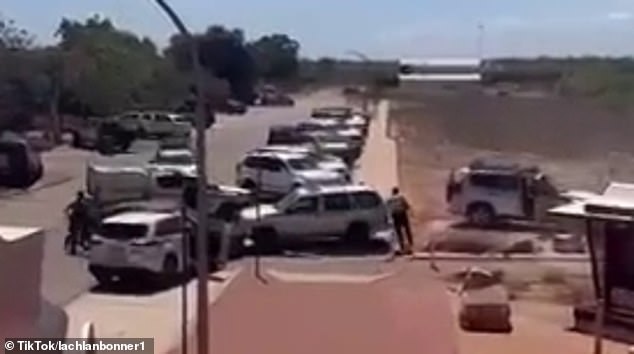 An unmarked police SUV was then seen T-boning the vehicle and bringing it to a halt, allowing officers to swarm it

‘Just a standard day in Broome,’ another commented.

A third jokingly said: ‘Dang and all they were doing was trying to get to the pub so they wouldn’t miss happy hour.’

Broome Senior High School issued a letter to parents thanking students and staff for how they reacted to the unexpected incident on school grounds.

‘As you are probably aware there has been a police incident in town today, which impacted our school,’ a spokesperson said.

‘I would like to show my appreciation for the cooperation of staff and students during the incident. I am very happy to report that everyone is safe.’