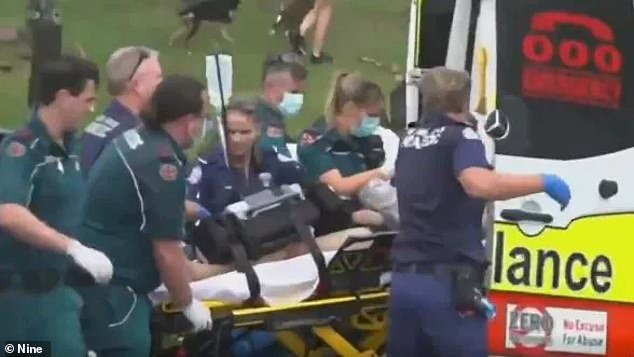 Teenage boy, 16, is fighting for life after being swept off the rocks by wild surf at a popular tourist beach

A teenage boy is fighting for life after being swept off the rocks at a popular surf beach.

Emergency services were called to Coolangatta, in the Gold Coast‘s south, on Wednesday afternoon after reports a boy had been knocked into the water amid wild surf.

Council lifeguards pulled the youth out of the water between Snapper Rocks and Froggy Beach shortly after 2.30pm and began CPR before they were helped by NSW and Queensland paramedics, who were nearby.

‘With their efforts… they were able to get him back,’ Mr Flory said.

The teenager  was rushed to the Gold Coast University Hospital in a critical condition.

Mr Flory said the boy had lacerations on his body from falling on the rocks, but ambulance officers had been unable to determine any other injuries. 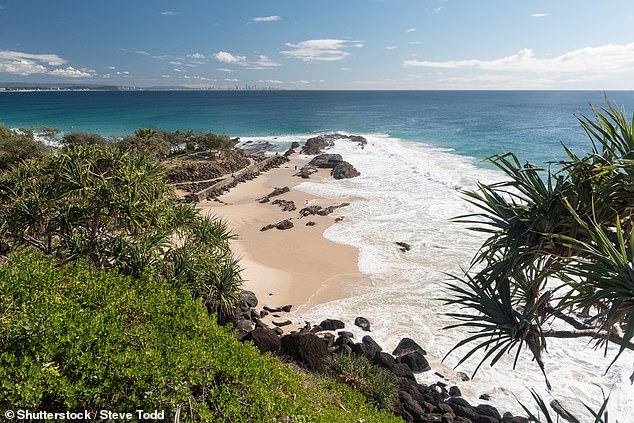 The teen was pulled out of the water between Snapper Rocks and Froggy Beach (pictured) just after 2.30pm

Mr Flory said the surf is particularly dangerous in that area and reminded swimmers to be vigilant when in and around the water.

‘This is a good example of why you should be very cautious when you’re around large surf and dangerous surf,’ he said.

‘Things may look calm when you’re walking along the rocks and so forth, but there is always that rogue wave that will come and wash you away.

‘The conditions are very unpredictable.’