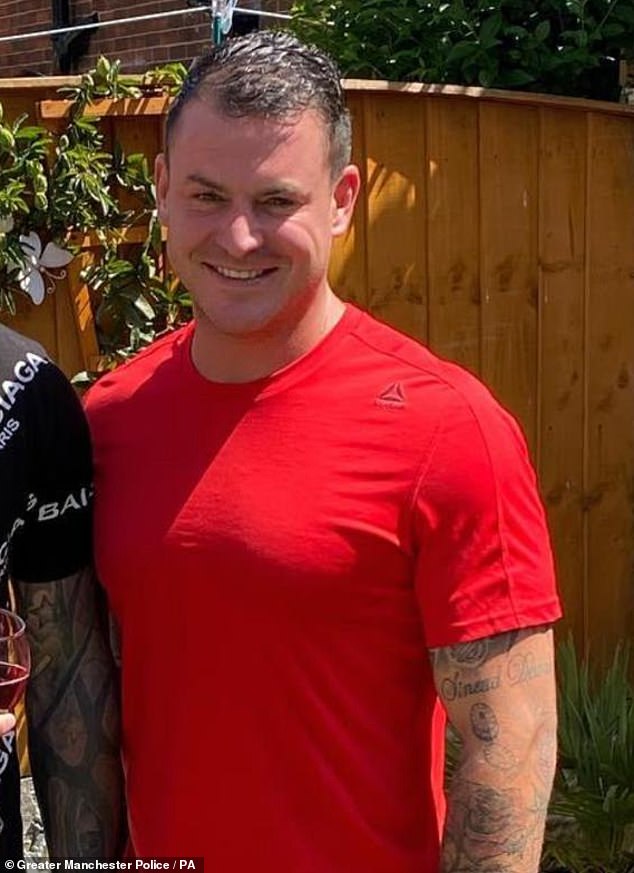 A 13-year-old boy has been charged with the graveyard murder of Steven McMyler in locked-down Wigan after an ‘earlier altercation’ at the church.

Mr McMyler, 34, was found dead in the gardens of Wigan Parish Church in Bishopgate last Thursday.

A 19-year-old man, Jordan Short, of Kirby, Merseyside, appeared in court yesterday charged with a single count of murder.

The 13-year-old boy from Whiston, who cannot be named for legal reasons, is due to appear at Manchester Magistrates Court today also charged with murder.

Greater Manchester Police said three men – aged 30, 19 and 18 – who were previously arrested on suspicion of murder have been released under investigation.

In a statement issued yesterday, police said: ‘Shortly before 7.50pm on Thursday, August 6, police were called by the ambulance service to reports of concern for a man outside the church on Bishopgate, Wigan.

‘Despite the best efforts of emergency services, Steven James McMyler sadly died at the scene.’

Paying tribute to him, Mr McMyler’s family said: ‘Steven was an extremely likeable lad, and everyone who came across him loved him as much as we all did.

‘He was a popular lad, and he lit the room up as soon as he walked in. Everybody thought the world of him, as he had a heart of gold.

‘We can’t believe what has happened, and we are struggling to come to terms with this terrible tragedy.’

Police said enquiries were continuing and repeated an appeal for witnesses.

Stephen was treated at the scene by emergency services but later died.

Detectives are now appealing for any information about the identity of four men who were seen at Wigan Wallgate Station 30-60 minutes earlier. 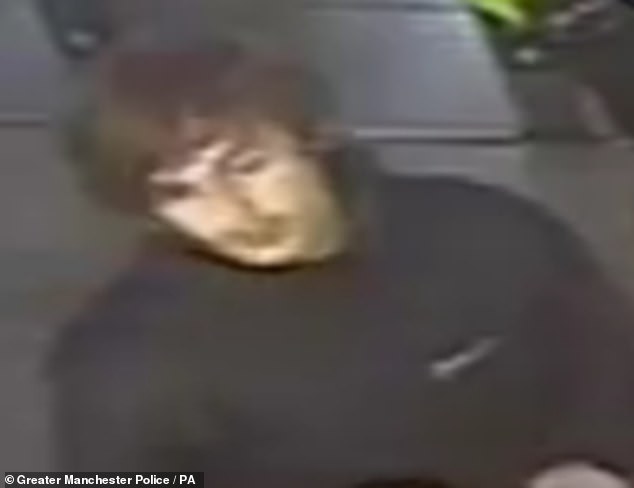 Detectives are now appealing for any information about the identity of four men, pictured, who were seen at Wigan Wallgate Station 30-60 minutes earlier 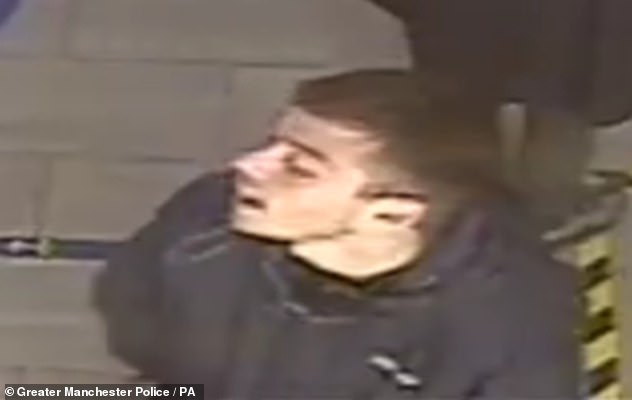 Police believe four men, pictured, ‘may hold important information regarding this incident’ and are appealing to the public to contact them if they know anyone pictured

All four have been released on bail under investigation.

‘While we have made good progress in the very early stages of this investigation, we are keen to ensure we hear from every possible witness of this incident.

‘We are particularly keen to identify and hear from four men who we believe may hold important information regarding this incident and I plea with the public to contact us if they recognise any of these men.

In a moving post on Facebook, Stephen’s partner Alex Hughes said they were due to go on holiday to Tenerife on Friday, but instead she found out he had died.

She said: ‘Thank you for the last 12 months of my life. I know recently we had our ups and downs, but my god we had some laughs.

‘My best mate, and I’m sorry that this has happened, you’ll always have a special place in my heart. And I promise to always be there for your family and friends, and little girls.’ 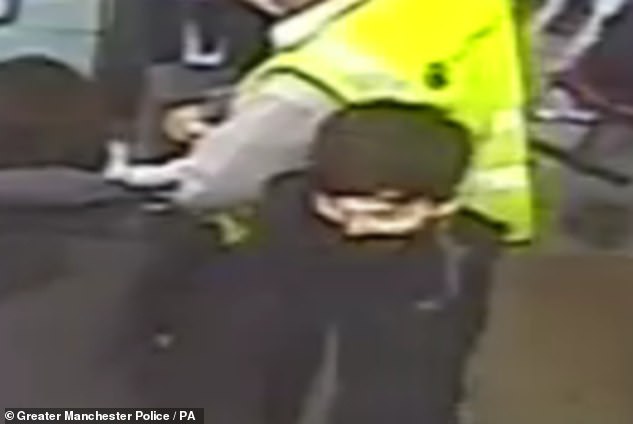 A dedicated portal has been set up for the public to share information with the Police as they continue to appeal for anyone who knows these four men, pictured, to come forward 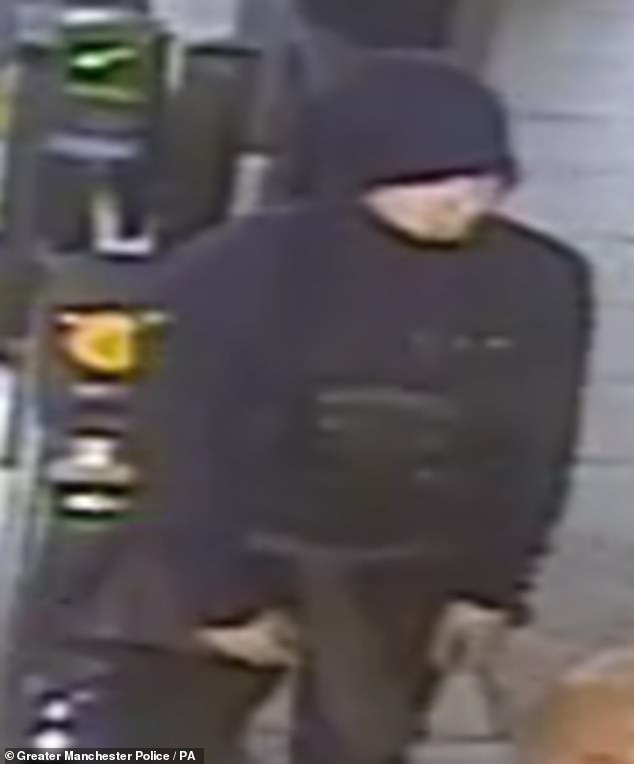 Police believe there had been a ‘earlier altercation’ at the church and released the images of the four men, pictured, that they would like to speak to

Details can also be passed anonymously to the independent charity Crimestoppers on 0800 555 111.

A dedicated portal has been set up for the public to share their information with the investigation team.

Anyone with any mobile or local CCTV footage of the incident or of other suspicious activity in the area that night can upload media to https://www.dropbox.com/sh/4z0iy2ckk0blkms/AACqaid19ZEML9CrQOdyFLhNa?dl=0