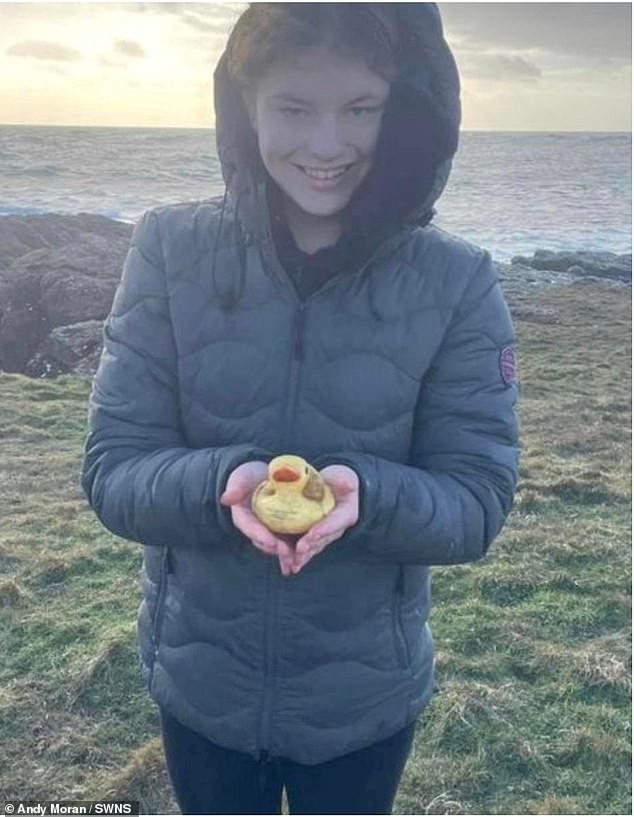 Better duck next time! Teenager finds rubber duck on Isle of Man beach 15 YEARS after it was released in Ireland as part of a competition… but she’s too late to the claim prize trip to America


A teenager was shocked to find a rubber duck washed up on a beach that had made a 124-mile journey – 15 YEARS after it was released into water.

Charlotte Moran, 16, was out walking with her parents Andy and Claire and her dog when she made the astonishing discovery on Langness peninsula, Isle of Man.

The bright yellow plastic bird was one of 150,000 that had taken part in the ‘World Record Duck Race Ireland’, in June 2006, on the Liffey River in Ireland.

Charlotte Moran, 16, discovered a rubber duck washed up on the shoreline on the Isle of Man, 15 years after it had been released in the River Liffey in Dublin 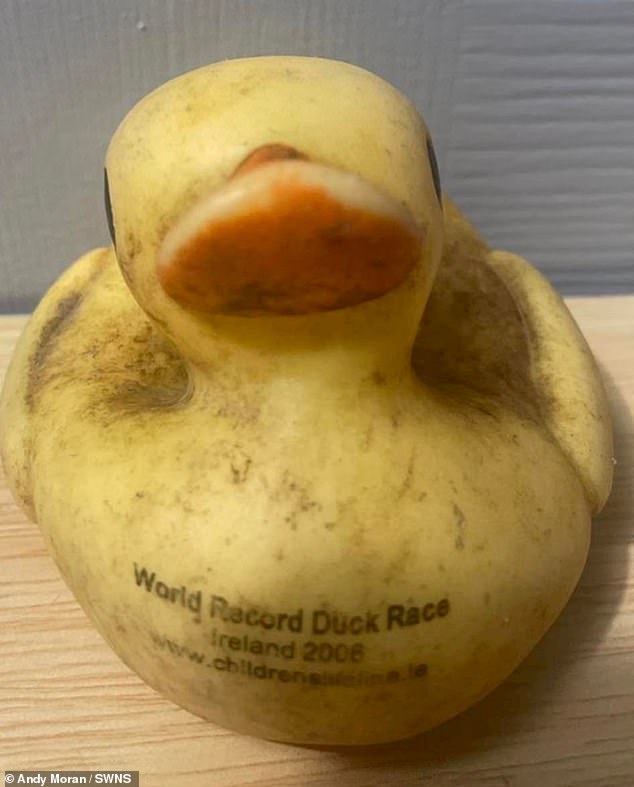 The rubber duck was one of 150,000 released into the River Liffey in Dublin – several of which escaped into the sea and have washed up across Ireland, Britain and even Sweden 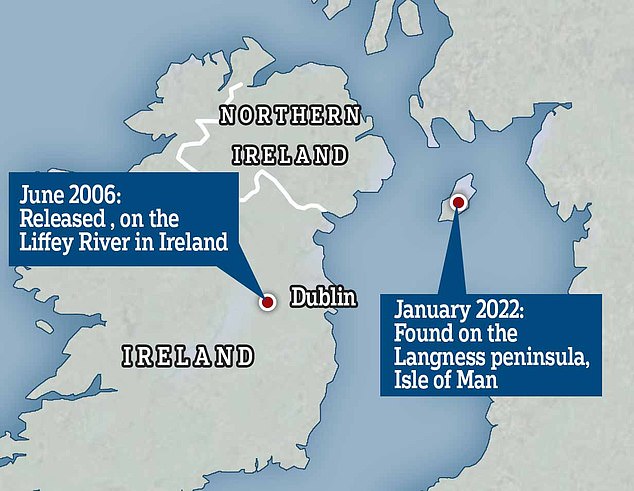 The lucky winner of the race, organised by Children’s Lifeline Challenge, received a trip to America, but several of the ducks were later washed out to sea.

Young Charlotte, who found the duck in a rocky part of a beach on the south side of the island, said she ‘couldn’t believe’ how old it was after making the discovery.

She said: ‘I walked onto one of the small beaches in Langness, and I saw something yellow in a rocky area.

‘I picked it up and saw it was a rubber duck.

‘On the front, it says ‘World Record Duck Race Ireland 2006’, and then there’s a website link for children’s lifeline.

‘I was really shocked. I just couldn’t believe it was from 2006, so the minute I got it, I put it on the internet.’

Several other ducks that took part in the historic race have been found on beaches in both the UK and Ireland.

One was found in 2016 by Nick Westell in Morecambe on St Patrick’s Day, while another was even found in Sweden. 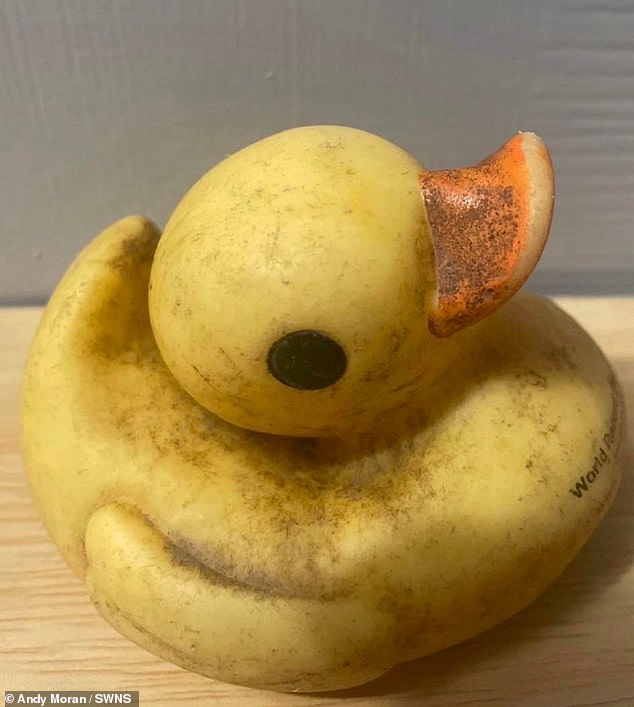 The winner of the race won a trip to the United States – although Charlotte, who found this duck is not eligible for the competition which ended 15 years ago.

Charlotte said she was going to hang onto the little duck following its epic journey.

She said: ‘I’m going to keep it, but I’m not going to clean it because my parents said it will just look like another duck if I do that!’