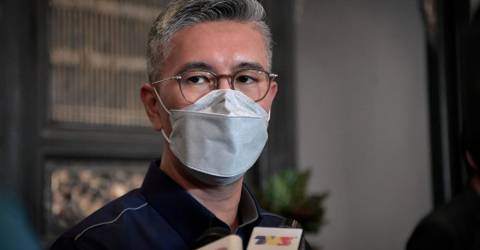 PUTRAJAYA: Finance Minister Tengku Datuk Seri Zafrul Tengku Abdul Aziz (pix) has brushed aside talks on his political ambition including the rumour that he will be contesting the Kuala Selangor parliamentary seat.

“My focus now is on the country’s economic recovery efforts.

“Right now I am still working at the MOF (Ministry of Finance) and not thinking about politics. We have been facing very difficult challenges managing the economic recovery so I am focusing on my work,“ he said.

He said this to reporters after a Hari Raya event here today in response to queries if he was targeting the Kuala Selangor parliamentary seat for his electoral debut in the 15th General Election (GE15) on an UMNO ticket.

It was reported that the MOF’s adoption of Kuala Selangor district and his frequent visits to the area were clear signs that Tengku Zafrul would be contesting the parliamentary seat in GE15.

The Kuala Selangor parliamentary seat is currently held by Datuk Seri Dr Dzulkefly Ahmad of Amanah, who was earlier reported to have said he would not contest in GE15 because he wanted to give way to the party’s young leaders.

When asked further on his intention to contest, Tengku Zafrul firmly said: “Not at this point in time”. — Bernama