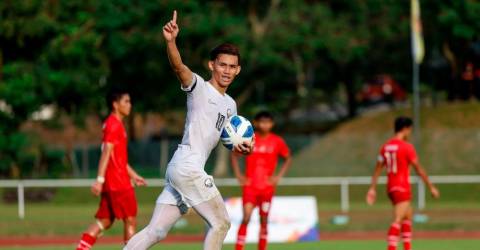 BANGI: Three-time champions Terengganu staged a fightback from being two goals down to hold Sabah to a 2-2 draw in their opening men’s Group C football match at the 20th Malaysia Games (Sukma) at the Universiti Kebangsaan Malaysia (UKM) Stadium today.

Twenty-one-year-old President’s Cup ace Mohd Nazemizan Naslon scored a brace for Sabah in the 42nd and 62nd minutes before Terengganu reduced the deficit through skipper Muhammad Safwan Mazlan in the 77th minute.

“I’m quite disappointed that I did not bag a hat-trick today. But I hope to emerge as the top scorer and help Sabah win the gold medal a second time. I hope to be at the top of my game on Saturday (Sept 17) against Kelantan,” said Mohd Nazemizan.

Meanwhile, Terengganu head coach Badrul Afzan Razali blamed the two goals they conceded on mistakes made by his players.

“For me, we had to win our opening game because there are only three teams in our group, but my players were too excited and made mistakes,” he said, adding that he hopes they will go all out when they take on Kelantan, who will have four Premier League players, on Thursday to confirm their quarter-final ticket.

Meanwhile, Perlis and Kedah drew 0-0 in a Group D clash at the UNITEN Stadium here.-Bernama