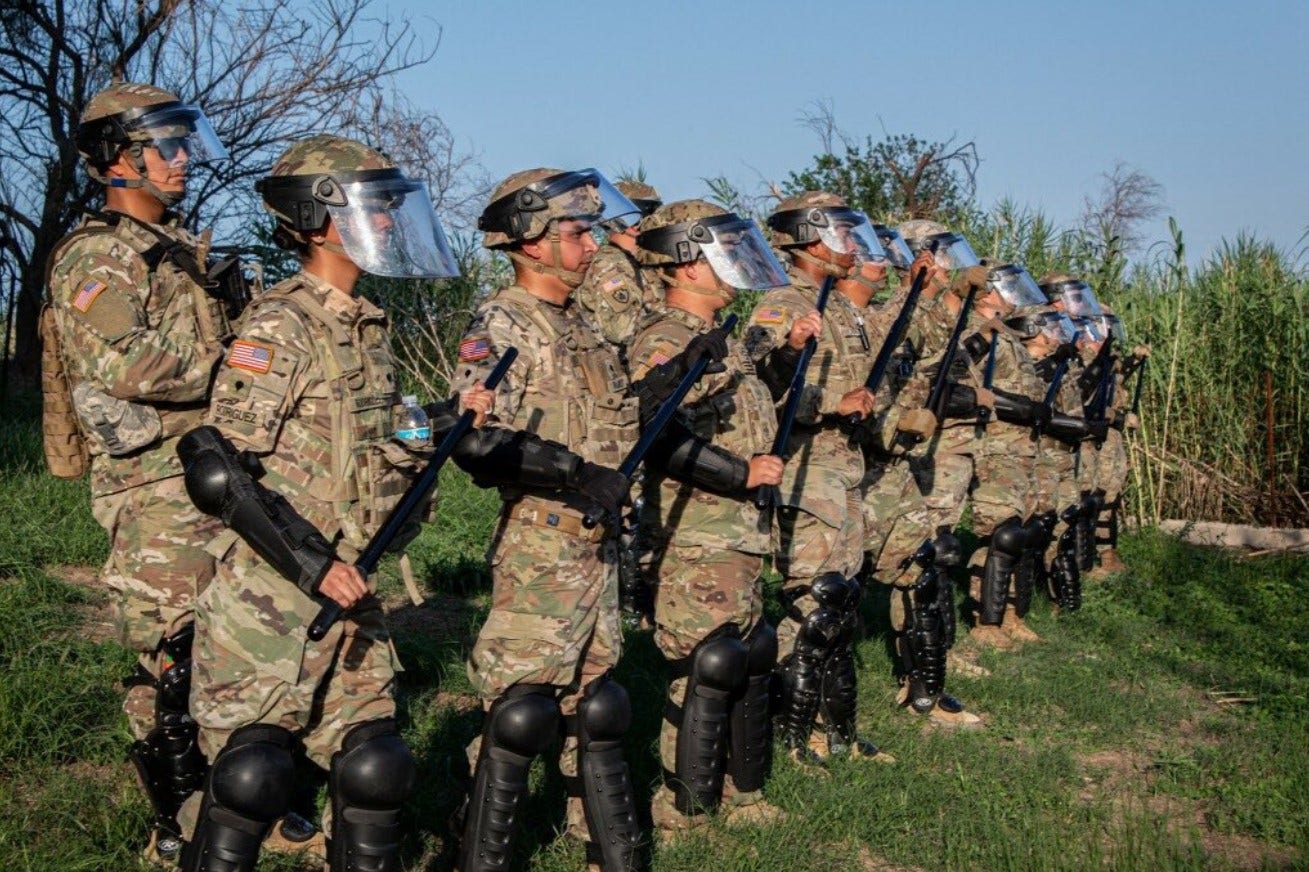 Texas Gov. Greg Abbott gave a shout out to the Texas National Guard on Monday, giving it credit for stopping tens of thousands of smuggling attempts between Mexico and the U.S.

“The Texas National Guard has blocked over 26,000 potential smuggling events since March 2021,” Gov. Abbot said on Twitter. “The Lone Star State continues to do more than any state in HISTORY to secure our border.”

Requests for specifics about the 26,000 “potential smuggling events” were not immediately responded to on Monday by Abbott’s office.

“Texas National Guardsmen repel and turn-back immigrants trying to cross the border illegally and have successfully recorded more than 26,058 turn-backs,” a representative from the Texas Military Department said on Monday. “Every person repelled is a potential smuggler or a victim.”

The operation utilizes Texas Department of Public Safety, or DPS, troopers and members of the Texas National Guard, who help patrol gaps along the border that U.S. Customs and Border Patrol agencies cannot tend to.

Since Gov. Abbott’s initiative began, the multi-agency effort has led to over 325,000 migrant apprehensions and more than 21,900 arrests, with more than 19,400 felony charges reported, according to the governor’s website.