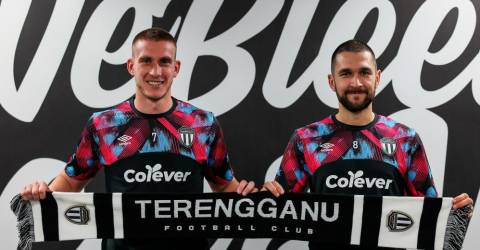 Terengganu Football Club Sdn Bhd (TFCSB) chief executive officer Ab Rasid Jusoh said Pusic and Mamut, who will be plying their trade in Asia for the first time, had signed a one-year contract with the Turtles ahead of this season’s Malaysia League (M-League) and Asian Football Confederation (AFC) Cup competitions.

“Their height is one of the reasons head coach Tomislav Steinbruckner roped them in,” he told a media conference here today, adding that both players will start training with their new teammates at the Gong Badak Complex today.