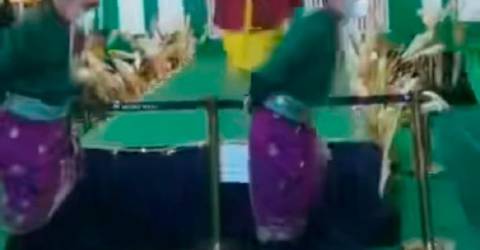 KUALA TERENGGANU: The state government has ordered the Kemaman Municipal Council (MPK) to investigate and act against the management of a shopping mall here over a traditional ‘joget’ dance activity on its premises which went viral yesterday.

State Welfare, Women and Family Development and National Unity Committee chairman Hanafiah Mat said that he was very upset with what had transpired adding that the programme was held without the approval of MPK.

“It is considered as being disrespectful of the month of Ramadan. The organiser had clearly flouted the Terengganu Entertainment, Cultural Performance, Tourism and Sports Activities Guideline which was introduced by the state government in 2020.

“I fervently hope such an incident will not occur again in future,” he said in a statement yesterday.