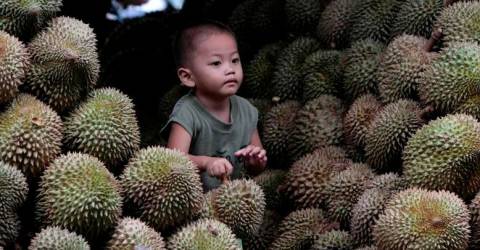 The shipment consisted of 500 tonnes of durian fruits in 27 containers, according to Thai news agency (TNA).

The minister said that the export followed a trial shipment of two containers of Thai durian and a container of Thai aromatic coconuts by train to China early this month.

The export of 500 tonnes of durian took only about a day and a half from the Vientiane South Station to China’s Mohan border checkpoint. The time was shortened by more than 50 per cent compared with the trial run early this month, he added.

Alongkorn Polabutr, advisor to the agriculture minister, said the durian lot was first delivered on trucks from Chanthaburi province across the Thai-Lao border in Nong Khai province before loaded onto a train in Vientiane and transported to Mohan in Yunnan.

At least 25 containers of durian from Trat and other eastern provinces would be exported via the Lao-Chinese railway next week, he said. – Bernama