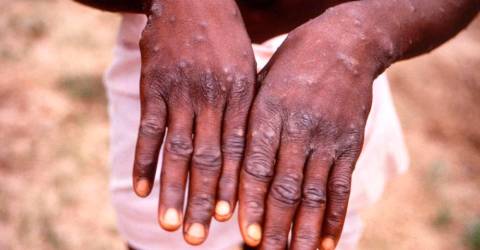 He said the woman had visited night sports in Bangkok before she fell sick.

“The woman sought treatment at a hospital in Samut Prakan on Wednesday.

“The lab test results confirmed she was positive for monkeypox,” he said at a press conference today.

He added the patient is receiving treatment at the Bamrasnaradura Infectious Diseases Institute.

Thailand reported its first monkeypox infection – a 27-year-old Nigerian in Phuket – on July 18. However, the man went on the run after being informed of the positive test result. He was later found in Phnom Penh and treated at a hospital.

On July 29, Thailand’s second monkeypox case – a 47-year-old Thai man in Bangkok – was detected, and he is recovering well.

On Aug 3, a 25-year-old German man who travelled to Phuket was the kingdom’s third monkeypox patient. –Bernama