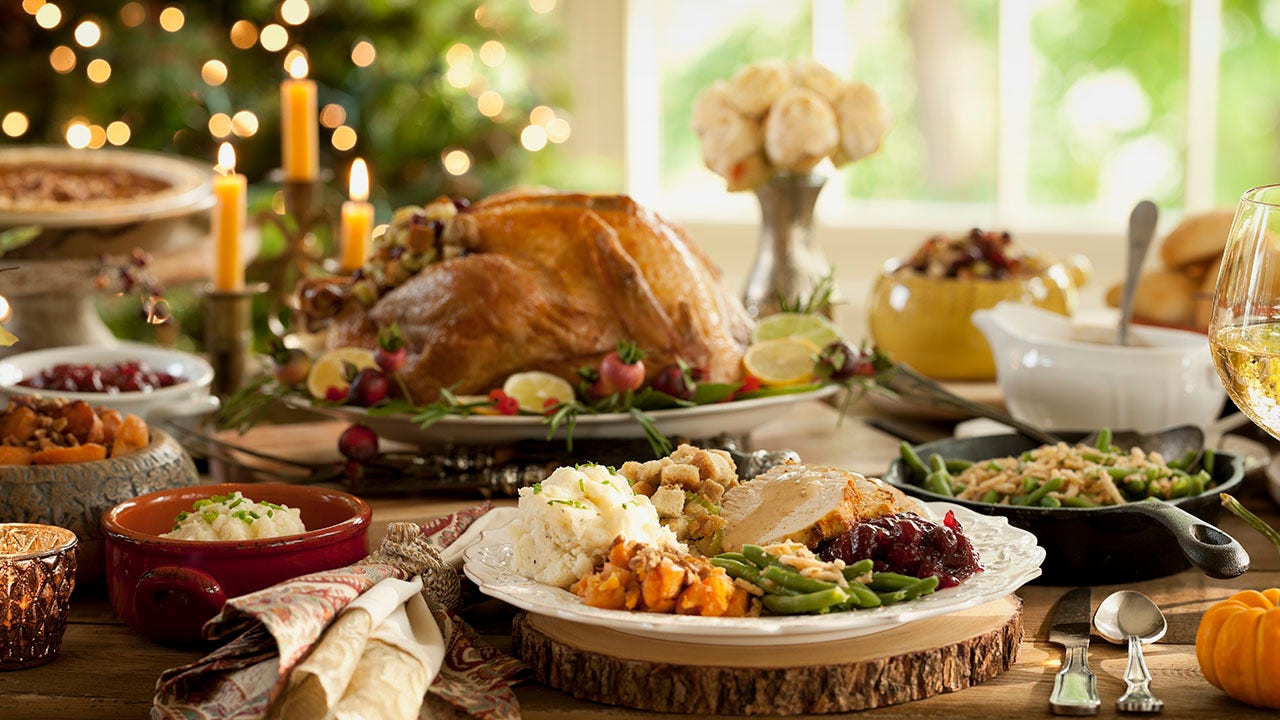 Many people know the story behind Thanksgiving, but its history as an actual holiday is a bit more confusing.

While people may be excited to get into the Christmas spirit, Thanksgiving has to come first. The holiday is associated with a traditional turkey dinner (that has plenty of sides), along with a thoughtful reflection on everything that people have to be grateful for.

President George Washington issued a proclamation that Thursday, November 26, 1789, would be a day of “public thanksgiving and prayer.”
(iStock)

Before it became an official holiday, President George Washington issued a proclamation that Thursday, November 26, 1789, would be a day of “public thanksgiving and prayer.” It wasn’t until 1863, however, that President Abraham Lincoln said that Americans should recognize the last Thursday of every November as a day of Thanksgiving.

Thanksgiving became an official national holiday in 1870, along with Christmas, New Year’s Day and Independence Day. At that time, however, it was decided that the President would decide the date of Thanksgiving. Most followed Lincoln’s lead and chose the last Thursday of November.

President Abraham Lincoln said that Americans should recognize the last Thursday of every November as a day of Thanksgiving.
(iStock)

This continued until President Franklin D. Roosevelt moved it to the third Thursday of November. At the time, the country was still reeling from the Great Depression, and Roosevelt hoped to help businesses by extending the holiday season.

The move was controversial, however, and the House passed a bill in October of 1941 that made the last Thursday of November the official date for Thanksgiving. The bill wasn’t signed by Roosevelt until December, however, so it didn’t take effect until the following Thanksgiving.

Turkey was a popular dish to serve at celebratory dinners and was likely served at the first Thanksgiving.
(iStock)

While historians may disagree on whether or not turkey was served at the first Thanksgiving, the bird has become synonymous with the holiday. Turkey was a popular meat to serve at most holiday or celebratory dinners. Due to its relative affordability and abundant supply, it became the official meal for Thanksgiving throughout the 19th century.

Post-Thanksgiving Black Friday sales are actually a relatively recent addition to the holiday. Some historians believe that the name Black Friday being associated with the holiday actually originated from frustrated factory managers in the 1950s. Apparently, a lot of workers would call out sick the day after Thanksgiving.

The modern meaning behind Black Friday (being the day that businesses make enough money to be in the black financially) seems to have begun in the 1980s.