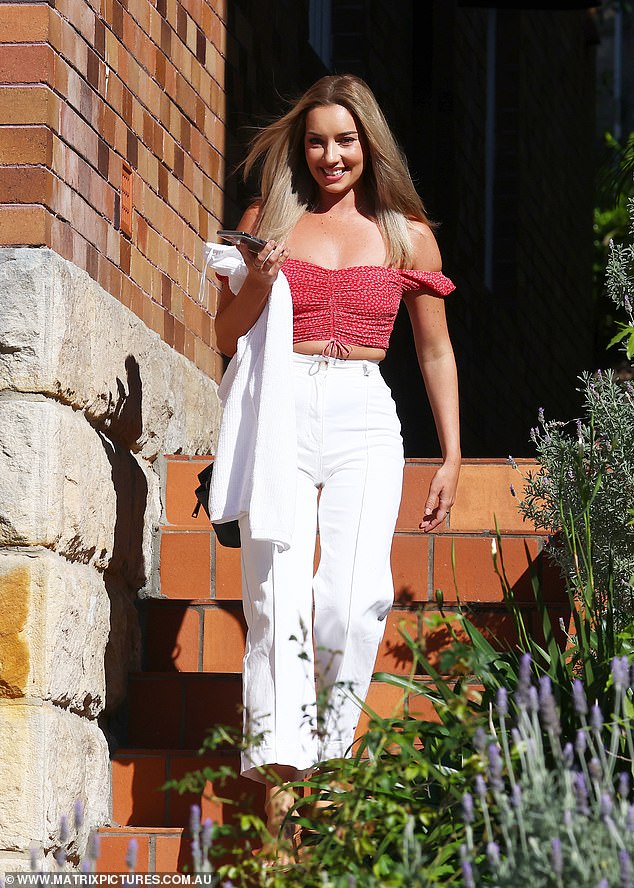 She was sent packing from The Bachelor on Wednesday night.

And on Thursday, intruder Bec Cvilikas has been spotted out and about following her exit from the series.

The 25-year-old couldn’t wipe the smile off her face as she was spotted leaving her North Sydney apartment on the way to fulfil her media commitments.

The Bachelor’s Bec Cvilikas, (pictured) is seen smiling as she was spotted for the first time on Thursday morning after she was dumped by Locky Gilbert ahead of the grand finale

She wore her long blonde tresses down, and was all glammed up for the occasion.

Bec flaunted her incredible physique in a red crop top which she paired with white high-waisted trousers and a matching jacket that she carried.

Upon leaving her home, Bec appeared in good spirits as she was seen waving at her awaiting driver. 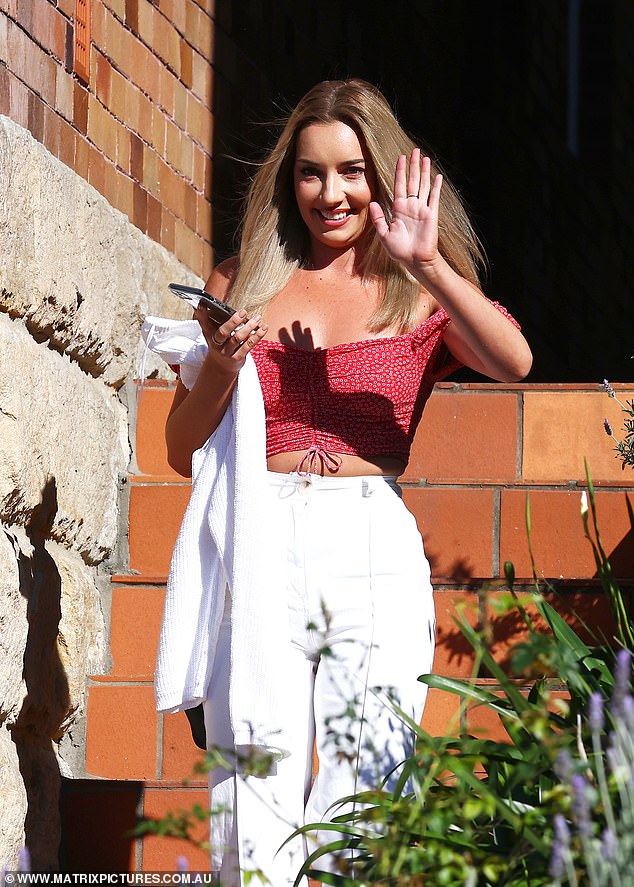 Happy: The 25-year-old couldn’t wipe the smile off her face as she was spotted leaving her North Sydney apartment on the way to fulfil her media commitments

Bec recently spoke about her time on the show and reflected on her short-lived romance with Locky Gilbert. 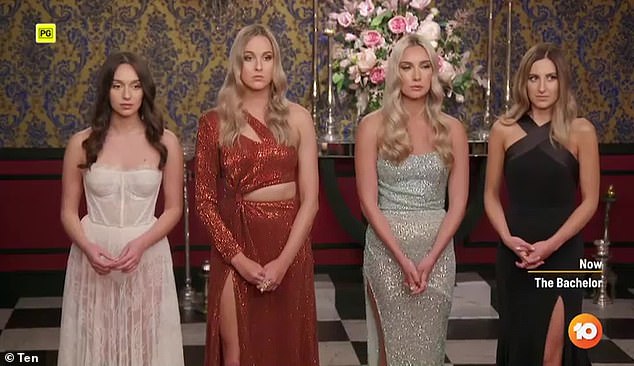 Speaking to The Courier Mail, Bec said that she never realised that Locky had such strong ‘connections’ with finalists Bella Varelis and Irena Srbinovska.

‘I was never aware of his connections with others,’ Bec said, adding that she wasn’t ‘surprised’ she got the flick after seeing how close he was to Irena and Bella.

In a dramatic teaser for Thursday’s finale, Locky breaks down in tears as he’s forced to make the heartbreaking decision to let one go and pick his winner. 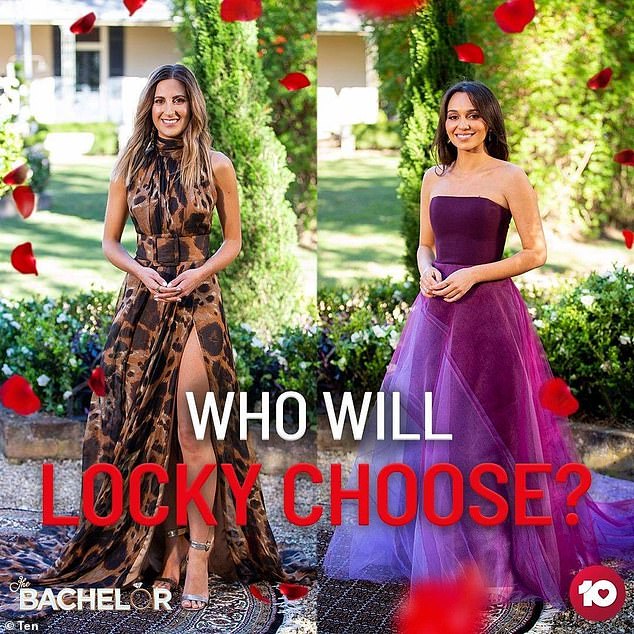