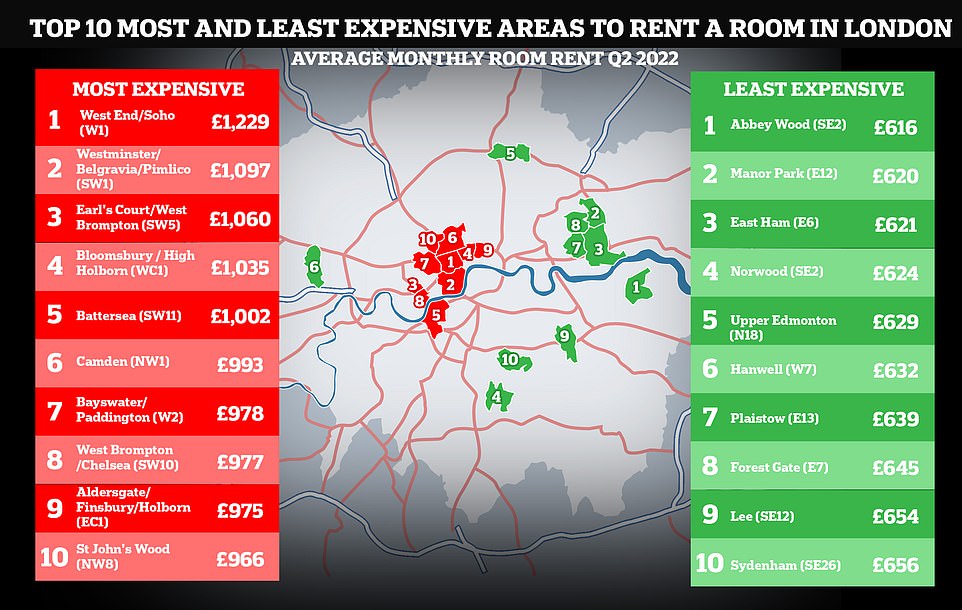 Rent costs have shot up to record levels across the UK as 40 UK towns and cities see their highest-ever rent prices amid the cost of living crisis.

Some bargains are still available in the capital with rent for as little as £616 a month.

However, the priciest areas in the UK remain in London – the West End and Soho top the list with an average cost of as much as £1,229 a month.

According to data published by Spareroom, rent prices have ‘skyrocketed’ across the UK, with 50 towns and cities seeing year-on-year increases from 2021 to 2022 and 40 hitting record levels.

The data shows the cheapest place to rent a room in London is in Abbey Wood in the south-east of the city, where rent is £656 a month.

Bargains can also be found in Manor Park and East Ham in the east end, where rent is around £620 a month.

The most expensive place to live in London after Soho is Westminster and Belgravia where rent is £1,097 a month, followed by Earl’s Court at £1,060.

Outside London, the cheapest places to live are Darlington where average rent is £391, Huddersfield at £394 and Middlesbrough at £396.

The high rent prices are adding to the cost of living crisis across the UK – bills and food prices are rising, but many employers are refusing to give their staff pay rises to cover their rising costs.

The priciest area in the UK is London’s West End where a room costs an average of £1,229 a month – as much as many mortgages 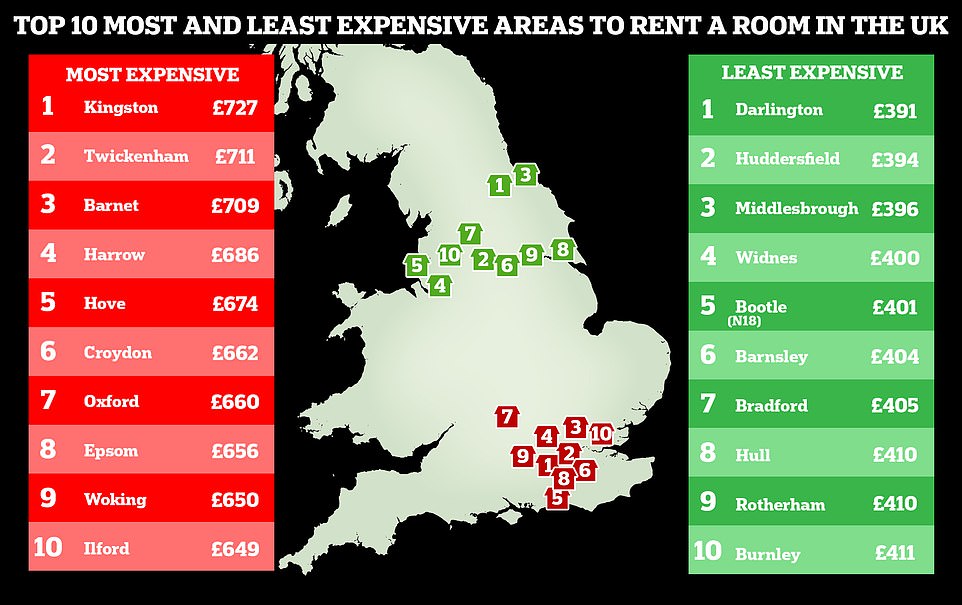 Combined with the expensive rental rates, people trying to get by are certain to find it more difficult in the coming weeks and months.

Spareroom’s director said: ‘With rents at record highs, inflation higher than it has been for decades, and energy bills set to rise again in October, just before winter kicks in, renters are going to really struggle.

‘It’s time for government to realise that simply handing out money to help people pay their rent isn’t the long-term solution – we need serious policies to provide affordable housing for everyone.

‘In the meantime, hopefully this list of the most and least expensive areas will help people looking to make their next move.’

A MailOnline audit of prices on SpareRoom found a Flat share with a double room for £950 pcm in Angel. 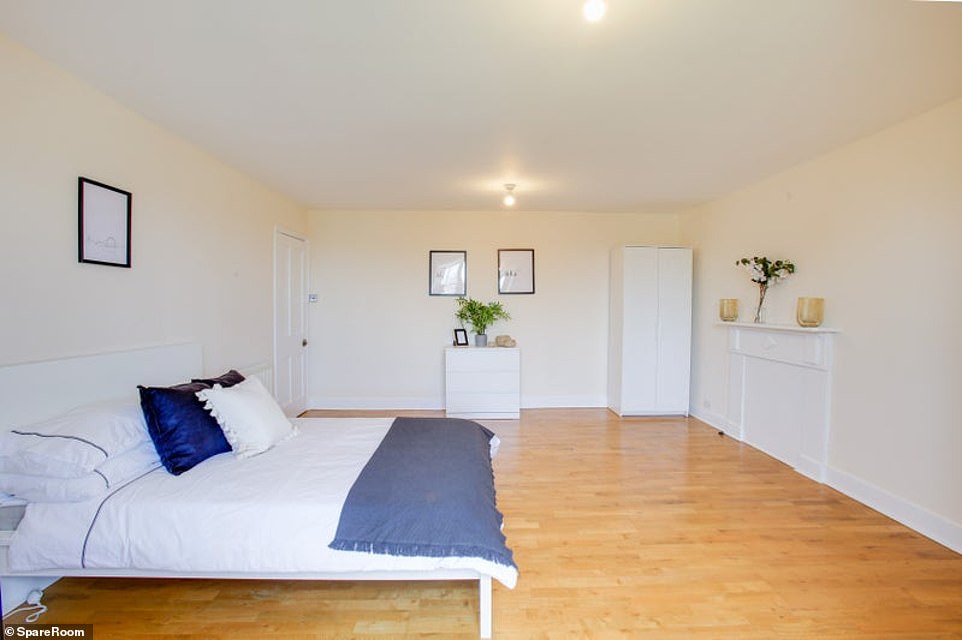 This Ealing room is a big size and costs £910 a month, but is in a shared flat with professionals said to be in their 20s and 30s 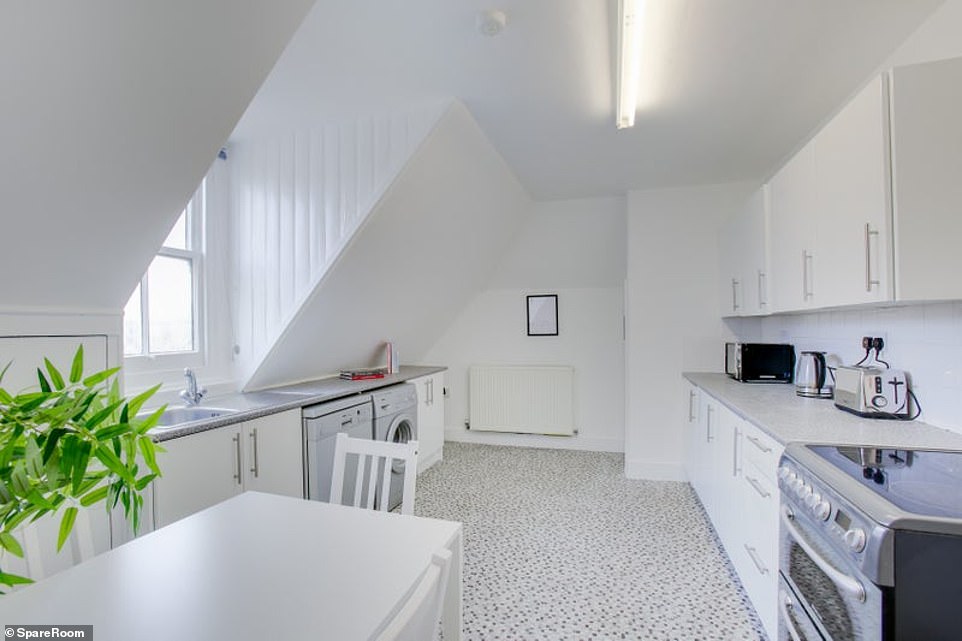 It says it is a short walk to fantastic transport links, the local area has several vibrant bars, as well as cafes and restaurants

Another double room in Golders Green cost £880per month for single person or £990 for couple.

Meanwhile a big double room in an Ealing Common Share Flat was £910 a month.

Estate and letting agents said that the ravages of the pandemic had seen prices go up in some cases.

Director of Benham and Reeves, Marc von Grundherr, said: ‘London’s landlords have been hit particularly hard by the pandemic influence on the rental market, with many suffering from a prolonged period of lost rental income, either due to extended void periods, or due to tenants unable to pay their way.

‘The London rental market is now rebounding at an alarming rate which is great news for this beleaguered segment of buy-to-let investors and this is being driven by the return of the professional and student tenant, as well as a strong uplift in international interest. 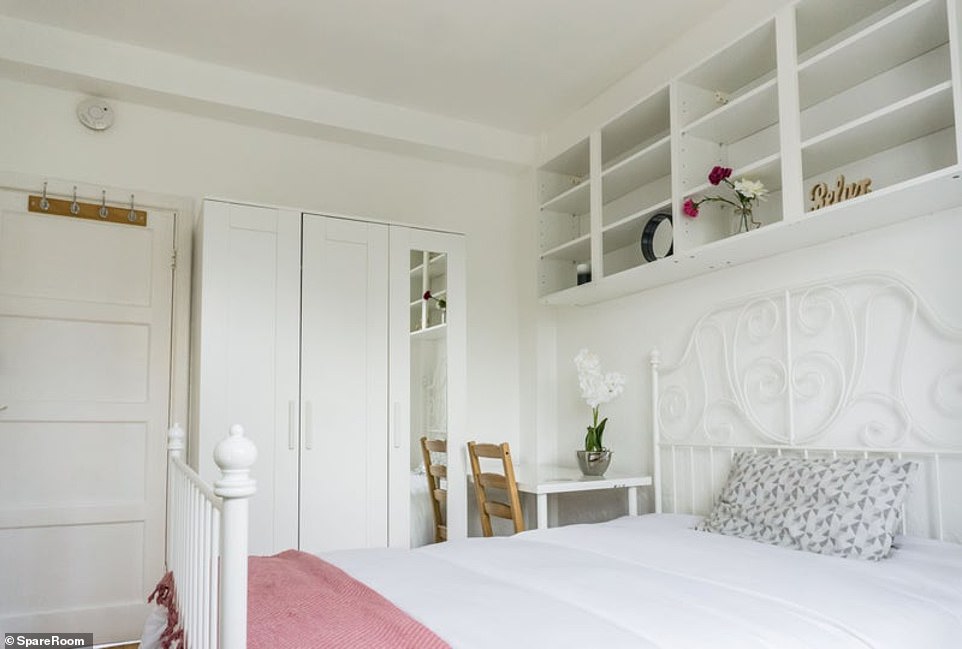 This Angel room is £950 and in a central area surrounded by supermarkets, pharmacies, green areas and other amenities 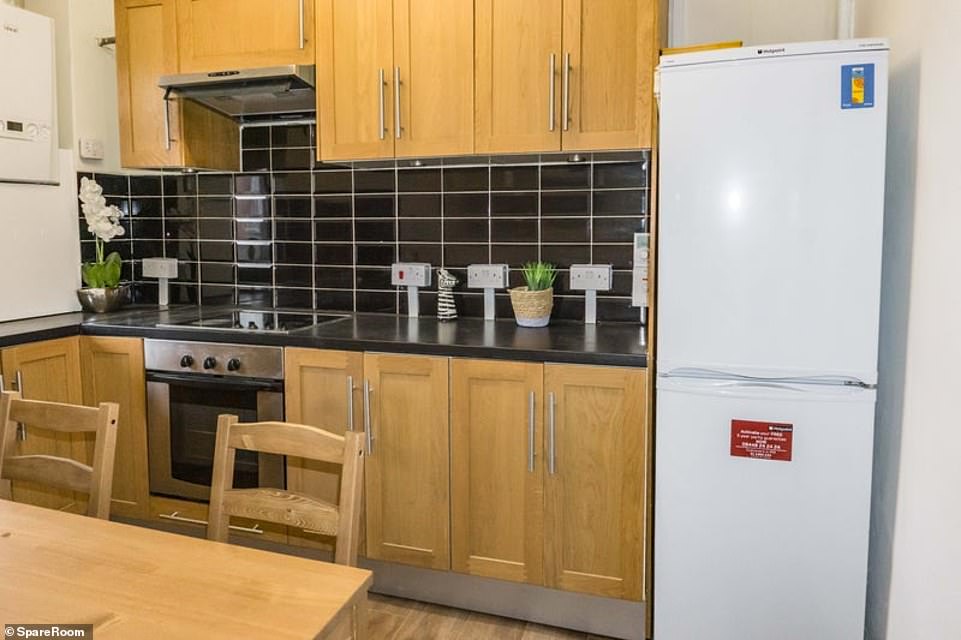 ‘However, despite what may seem like some drastic increases in rental values in recent months, we’re yet to see the market return to full, pre-pandemic health.

‘This is down to the fact that rental values fell by as much as 25% in some areas of the market during the ban on tenant evictions alone. Once this was lifted, many new and existing tenants were able to secure rental properties at rock bottom rates.

‘Now that demand has returned, these rates are no longer on offer and so many tenants are now finding that when they come to renew, the cost of the same property is substantially higher.

‘But with so little stock to choose from in such a competitive space, many are biting the bullet and staying put, realising that despite this uplift, the cost of their rent is in line with actual market values.

‘The result of this has been some huge increases in rental value growth, albeit this “growth” is simply a return towards pre-pandemic market conditions. The silver lining for the capital’s landlords is that they should now be able to recoup their losses over time.’