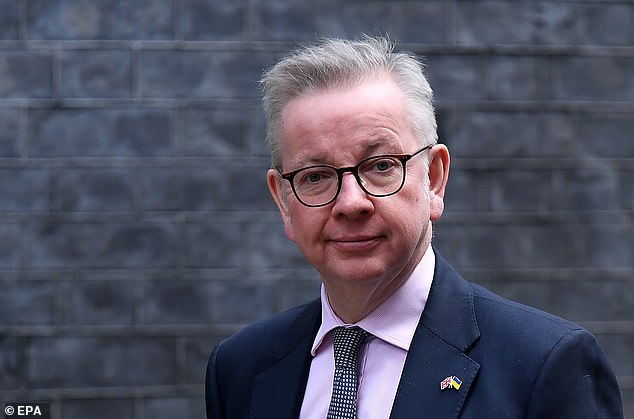 The coal comeback: Michael Gove could give green light to UK’s first coal mine in decades in new bid to slash dependence on Russian fuel

By Lucy White Chief City Reporter For The Daily Mail

Britain could soon approve its first new coal mine in decades as it tries to reduce reliance on Russian imports.

Levelling Up secretary Michael Gove is reportedly preparing to give the thumbs up to a new colliery in Cumbria despite opposition from climate campaigners.

Woodhouse Colliery will produce coking coal, used in the production of steel rather than to generate energy for homes.

A senior Tory source has said Michael Gove is set to approve a new colliery in Cumbria despite opposition from climate campaigners, giving permission for Britain’s first new coal mine in decades. The steel industry currently relies on Russia for almost half of its coal

Currently, the steel industry relies on Russia for almost half of its coal – a position which has become undesirable following the Kremlin’s invasion of Ukraine.

Cumbria County Council had originally approved the plan, but ministers launched an inquiry last year after activists objected to the mine ahead of the Cop26 climate change conference. Now the decision is down to Mr Gove, who has until July 7.

The Planning Inspectorate sent a report on the mine to Mr Gove earlier this month.

A Tory party source told The Sunday Telegraph: ‘I don’t know for certain, but I get the impression he is going to approve it.’

Advocates, including several Tory MPs, believe the mine will be good for the economy. The private equity-backed West Cumbria Mining claims it will create 500 jobs.

And they say it could reduce the carbon emissions generated by shipping coking coal around the world, from countries such as Russia and Australia.

But climate change activists have criticised the plans, saying Britain should be reducing its reliance on fossil fuels.

They also want to encourage steel-makers to invest more in cleaner production methods, and claim new technologies will reduce the need for Cumbrian coal in coming years.

Boris Johnson said at the Cop26 summit in November that he was ‘not in favour of more coal’, but did not explicitly rule out his support for the mine.