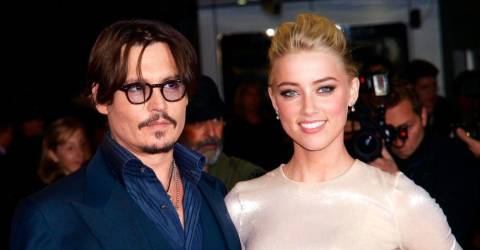 After losing the first round – a libel trial set in the United Kingdom – Depp, 58, sued Heard, 35, for US$50 million (RM211.1 million) over an op-ed she wrote in The Washington Post in which she claimed to be a victim of domestic abuse. Heard has sued back, with a US$100 million (RM422.3 million) counterclaim against Depp.

The defamation trial is expected to feature painful accusations of domestic abuse. It will be broadcast live and involve a number of high-profile witnesses, including James Franco, Paul Bettany and Elon Musk.

Depp and Heard married in 2015, following three years of dating. However, their relationship came to a spectacular end just 15 months later, with Heard filed for a divorce and a restraining order, appearing in a Los Angeles court with a bruised cheek.

She alleged verbal and physical abuse, with Depp denying all accusations.

In 2018, Heard wrote an opinion piece in The Washington Post about her experience as a “public figure representing domestic abuse”. Depp sued for defamation, calling it “an elaborate hoax to … advance her career”.

The upcoming battle – expected to last up to six weeks – will in many ways be a rerun of the London trial, exposing lurid details about Depp and Heard’s former relationship, with accusations of abuse aimed at both sides.