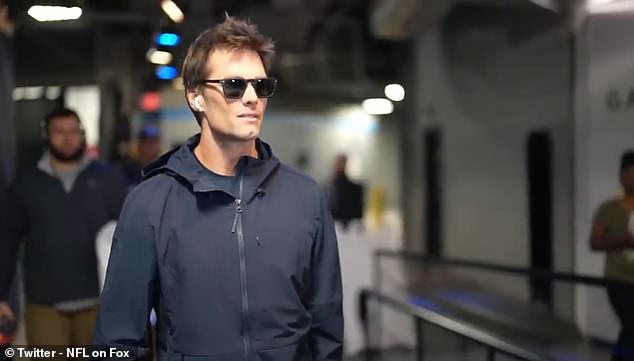 The great NFL fashion show: Players show off their bold – and sometimes bizarre – outfits as they arrive for Week 7 games… but Tom Brady keeps it low-key with dark outfit and shades

NFL stars across the country have brought out their bold – and sometimes bizarre – fashion sense once again, ahead of a huge weekend of football action.

While most of the focus is on the field, it’s increasingly clear that the players also have an eye on their arrival outfits – with some putting in more effort than others.

On Sunday, Tom Brady – seemingly always in the spotlight both thanks to his on-field talents and off-field dramas with wife Gisele Bundchen – kept it low-key with an all-black look, while others tried to include plenty more color in theirs.

The Bucs quarterback was filmed walking through the corridors in Carolina ahead of his game against the Panthers on Sunday, and he wore shades with a zip-up black jacket, black pants and white shoes.

As the cameraman walks backwards to capture the NFL star’s arrival, Brady is even seen saying ‘careful, careful’ in a bid to stop them walking into something behind.

Tom Brady kept it fairly lowkey with an all-black outfit, as well as dark shades, in Carolina 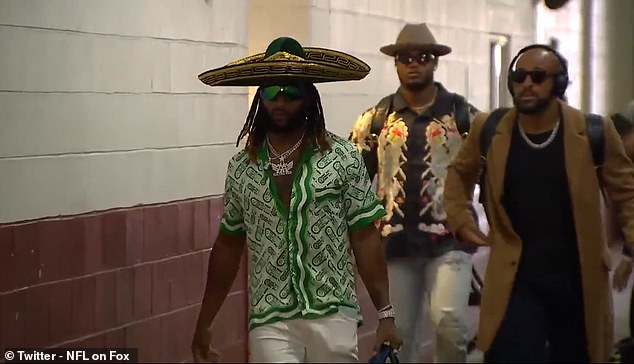 It was the opposite for Aaron Jones of the Green Bay Packers, who wore a huge sombrero 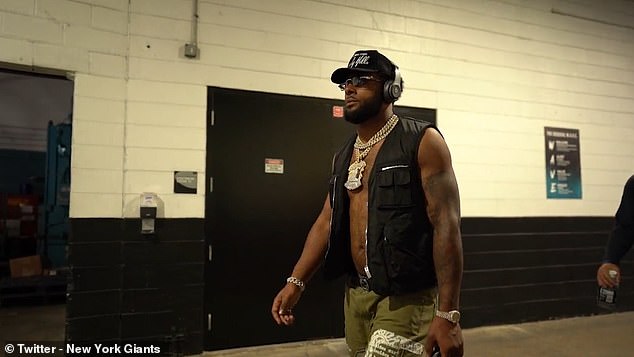 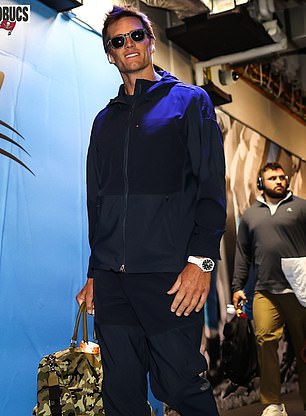 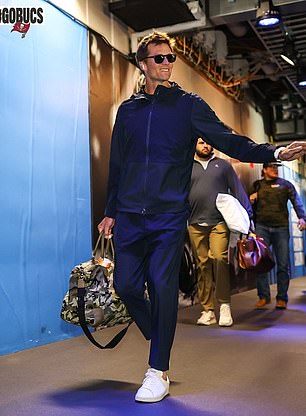 Elsewhere, Green Bay Packers running back Aaron Jones turned more than a few heads in Washington as he wore a huge sombrero, with a green buttoned shirt.

His teammate Aaron Rodgers wore a long coat and dark glasses, but much like fellow elder statesman Brady kept it fairly lowkey.

In Jacksonville, one of the surprise packages of the season – the New York Giants – arrived to take on the Jaguars and there was one man in particular catching the eye: rookie Kayvon Thibodeaux.

In fact, it was more about what he wasn’t wearing than what he was, with the outside linebacker opting to forego a shirt and instead just wear an open jacket and plenty of bling. 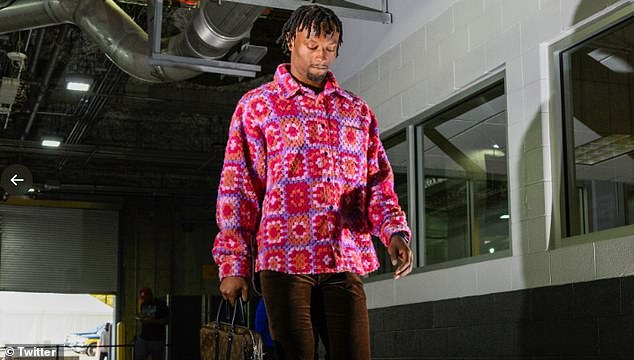 Across the league, players wore wacky outfits ahead of a bumper Week 7 of NFL action 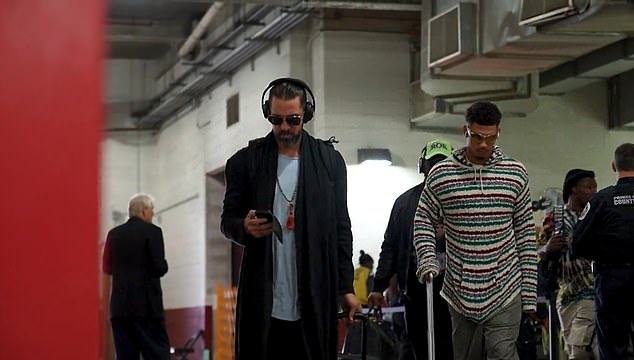 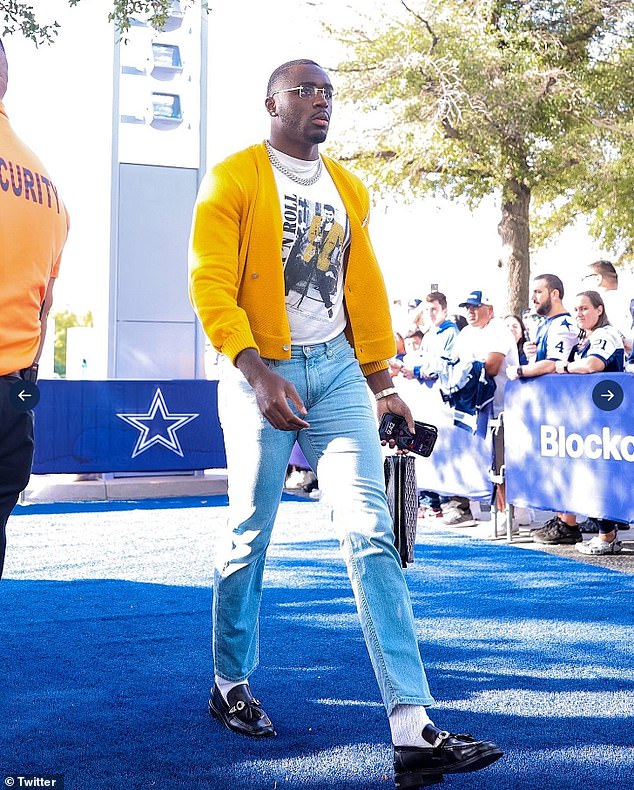 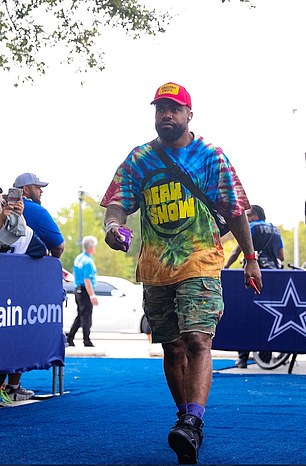 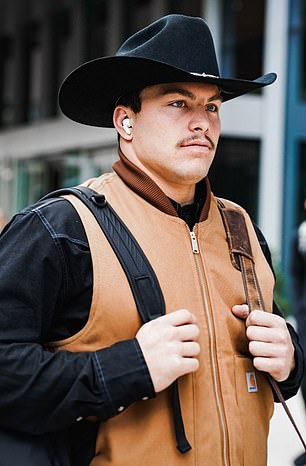 Elsewhere across the league, the likes of Jayron Kearse, TJ Hockenson, Joe Burrow and plenty of others wore outlandish outfits and had social media awash with comments.

Come mid-afternoon though, all focus will be on the football, with plenty of teams set for huge match-ups in their bid to book a spot in the NFL playoffs.

Brady’s Bucs are a disappointing 3-3 heading into their game at the 1-5 Carolina Panthers, who have had a disastrous season with Baker Mayfield under center.

It’s been the opposite for the New York Giants, though, who are one of the shocks of the season with their 5-1 start – they face the 2-4 Jacksonville Jaguars on the road today.

Rodgers and his Green Bay Packers are in Washington to face the Commanders, having also started the season a disappointing 3-3. 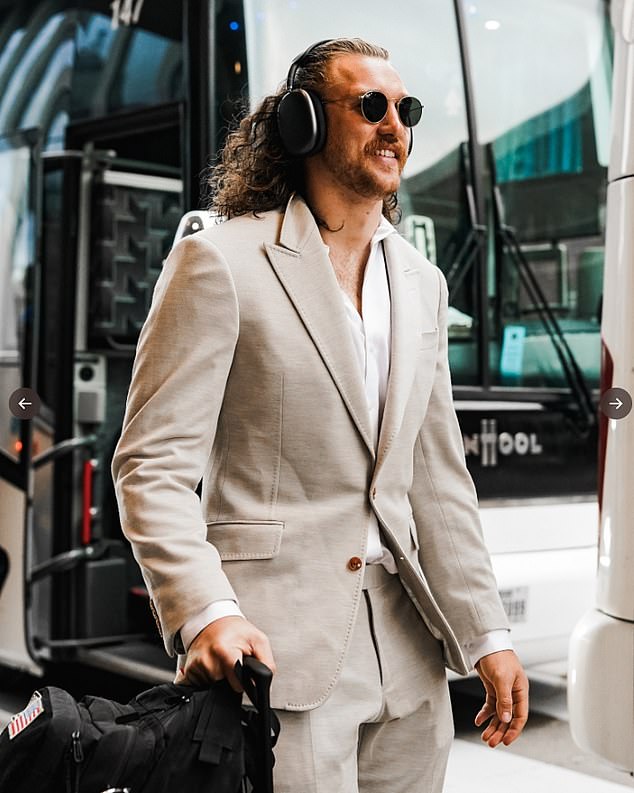 TJ Hockenson opted for a smart look, wearing a suit jacket and trousers as he got off the bus 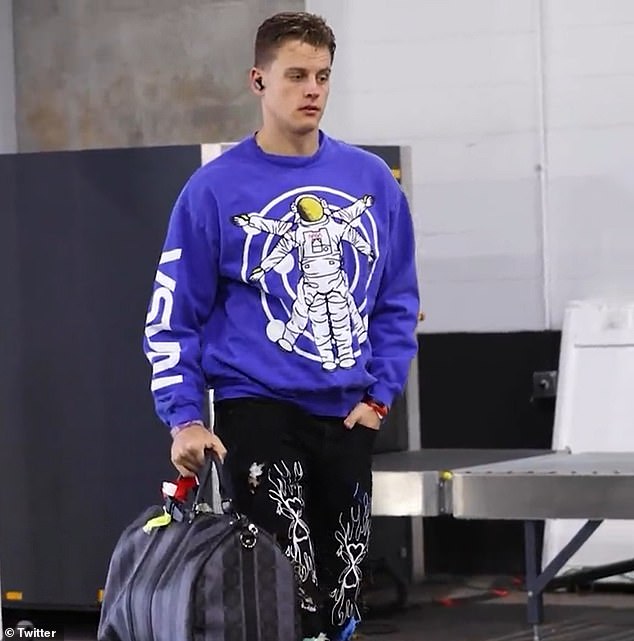 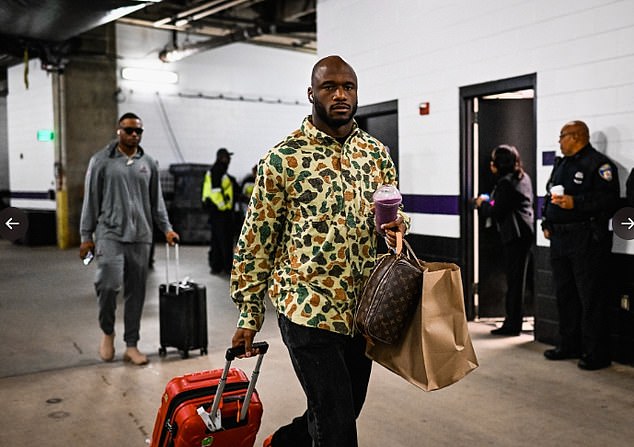 While most eyes will be on the field of play, Twitter was awash with comments about fashion 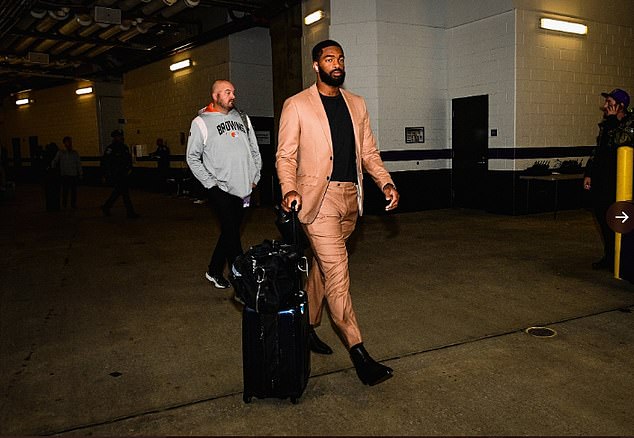 In Baltimore, the Ravens are facing the Cleveland Browns at the M&T Bank Stadium