White Island tour guide killed by volcano eruption was a HERO who had saved an autistic child, 11, from drowning after their boat spectacularly burst into flames

The White Island volcano tour guide identified as the first victim of the eruption was a hero who once saved two boys and their father from drowning.

Hayden Marshall-Inman, from Whakatāne in north New Zealand, rescued 11-year-old Elliot Paterson and his father, Brendan, when their tour boat caught on fire during a separate disastrous visit to the volcano site in January 2016.

Mr Paterson told Daily Mail Australia he was shocked to learn Mr Marshall-Inman is believed to have been killed in the devastating volcano eruption which claimed at least 14 lives on Monday afternoon.

Hayden Marshall-Inman was a volcano tour guide from Whakatāne, New Zealand who passed away in the deadly White Island eruption on Monday 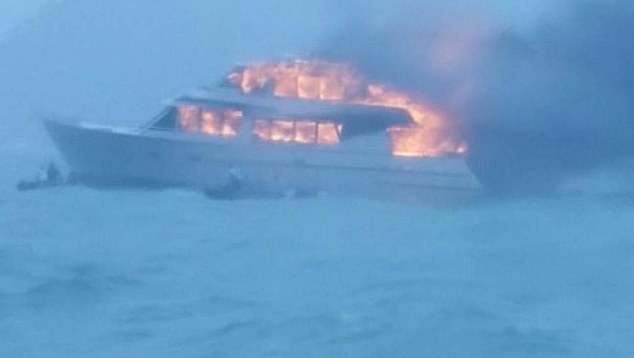 Mr Paterson, a teacher from Euroa, Victoria, was on a New Zealand adventure holiday with his two sons Elliott and William, then aged 11 and 12, when their tour boat exploded into flames.

Mr Paterson revealed how Mr Marshall-Inman saved the life of his 11-year-old son as he bobbed about the ocean without a life jacket on.

‘If it hadn’t been for Hayden my son would probably be dead,’ he said in an interview.

‘If I ever met any of his family I’d want them to know that my little boy would be dead if it wasn’t for him.

‘I owe Hayden an awful lot and I’m forever indebted to him.’

Mr Paterson described the guide as an incredibly patient man who answered all of his son’s questions on volcanoes and Māori culture. 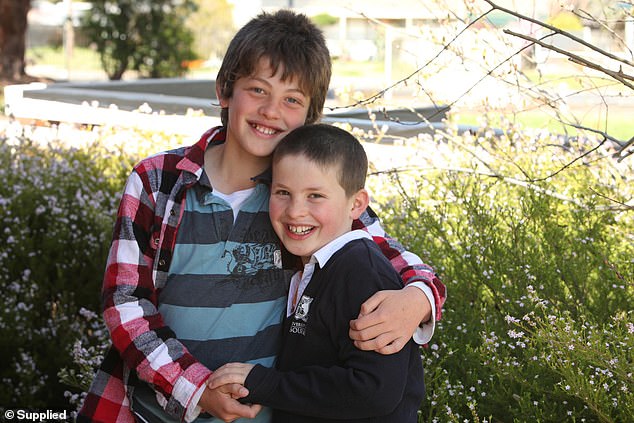 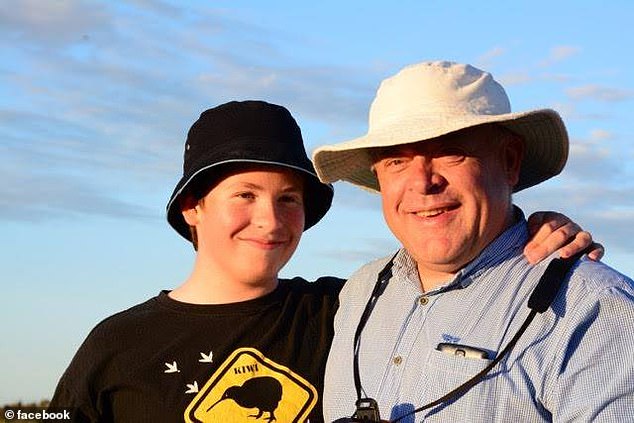 ‘What I liked about the lad was that my youngest, Elliot, has autism and he was absolutely obsessed with volcanoes and Maori culture.

‘During the whole tour Hayden was bombarded with facts, figures and questions but he was awfully nice and polite about it.’

The tour group were returning to the mainland when their boat sensationally caught fire.

‘We were on a 72 foot cruiser with 70 people including crew,’ he said.

‘On our return trip to Whakatāne the seas were rough and the engine stopped and started puffing out smoke.

‘After 15 minutes there was an awful amount of smoke and the back caught fire and the boat began to sink.’

Passengers were forced to jump from the Pee Jay 5 into the choppy seas without life jackets.

‘My eldest William jumped into the water and swam to a rescue boat and was pulled out.

‘We got Elliot to jump in and he couldn’t swim very well at all and he went under the boat for a while and then popped up. 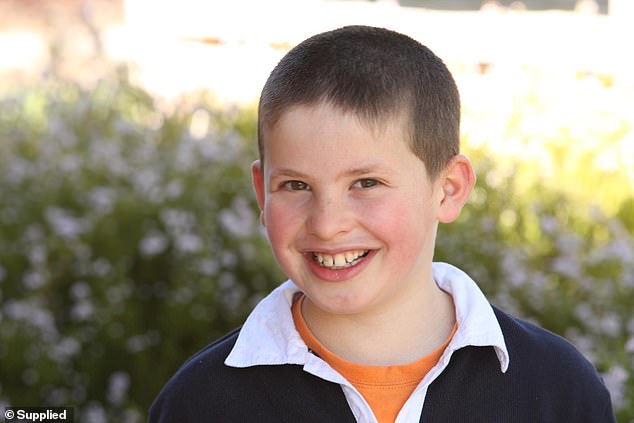 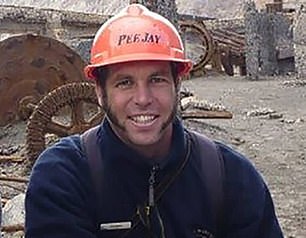 ‘Hayden grabbed Elliot by the scruff of the neck and pulled him up.’

Mr Paterson said he was shocked to hear about what happened on White Island and wished to pay his respects to the tour guide’s family.

‘I heard about the eruption on Monday and opened the paper on Tuesday and saw his picture there.

‘(I) thought I wanted to let his family know that he’d done something for someone that was very appreciated.’

Mr Paterson said he was forever indebted. He hopes that Mr Marshall-Inman’s body will be returned to his family soon.

White Island by the numbers

14 People have been confirmed dead from the eruption

7 Australians are in a critical condition in hospital

6 Australian bodies were recovered from the island