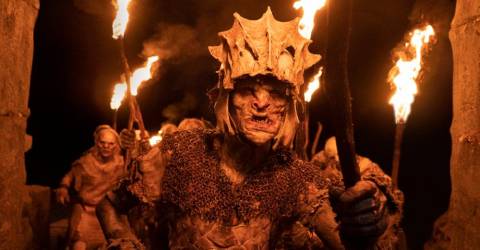 THE first two episodes of The Lord of the Rings: The Rings of Power will premiere at select theatres worldwide on Aug 31. Sadly, the one-night-only event will be open to only Cinemark Movie Rewards members.

Variety reported that screenings will be held in 200 places worldwide, with Amazon also hosting screenings in the United Kingdom, Ireland, Argentina, Colombia, Australia, and New Zealand.

The Rings of Power was reportedly “envisioned as a 50-hour, five-season series set during the Second Age of Middle-earth”, thousands of years before the events of J.R.R. Tolkein’s The Hobbit and The Lord of the Rings.

Series director J.A. Bayona has teased that the prequel series is so expansive that it cannot even be considered television. “The Rings Of Power is not television,“ Bayona said. “It’s a new form we’re creating here.”

In a recent interview, showrunners J.D. Payne and Patrick McKay confirmed Bayona’s sentiments and outlined how the prequel series will differentiate itself from Peter Jackson’s Lord of the Rings film trilogy from two decades ago.

In particular, The Rings of Power will have more action sequences than “any television or streaming show we’ve ever seen.”

While the series will set itself apart from previous adaptations, the showrunners have stated that the upcoming series has “deep roots” in Tolkien’s original work.

The Lord of the Rings: The Rings of Power will premiere on Prime Video on Sept 2.