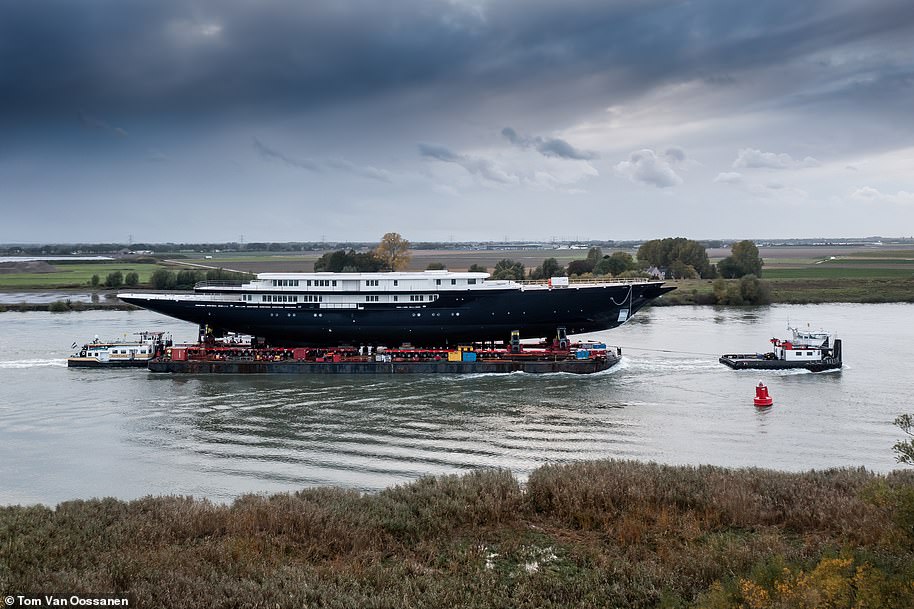 Zen, the final new entry to the list of the world’s 101 largest superyachts for 2021, is shrouded in secrecy.

Very little is known about what the interiors look like because its stylists all signed a nondisclosure agreement.

As large as these new ships are they don’t quite make it into the top five section of the 101 largest superyachts list.

This image serves up a sneak peek of Project Y712, which is expected to be delivered in 2022. Reportedly commissioned by Amazon founder Jeff Bezos, this 127m (416ft) vessel will become the largest sailing yacht in the world

With the 2021 list complete, Boat International is already looking forward to the 2022 edition, which looks set to be a bumper year for yacht building. Not least because it’s when Project Y712 will be delivered.

Reportedly commissioned by Amazon founder Jeff Bezos, this 127m (416ft) vessel will become the largest sailing yacht in the world. 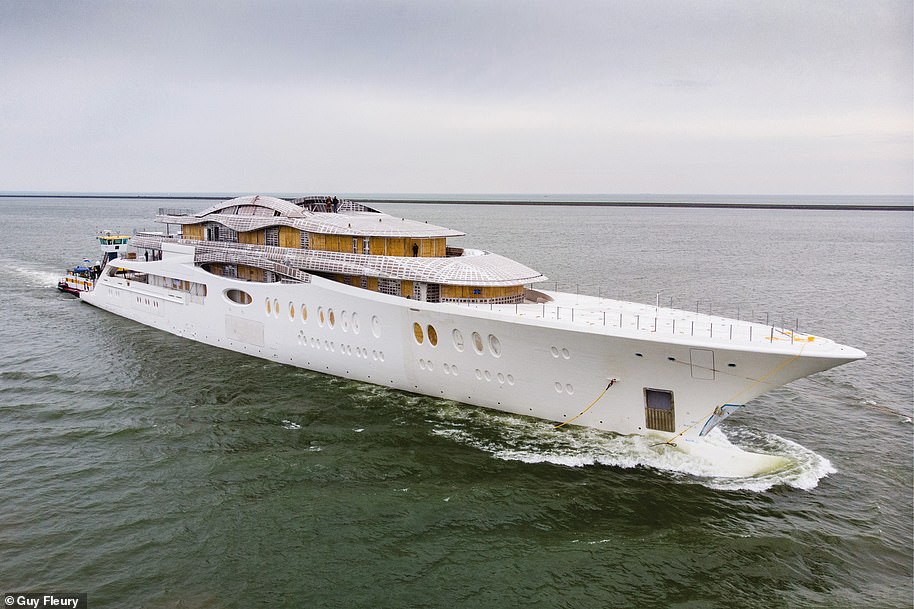 Pictured is Project 1010, which should be ready in 2022. Measuring 118m (387ft) in length, it’s set to be largest yacht that yacht builder Feadship has ever made

Other notable yachts to look out for will be the 107m (351ft) Lurssen explorer Northern Star III, in build for Canadian billionaire John Risley, and the largest ever Feadship, 118m (387ft) Project 1010.

Stewart Campbell, editor-in-chief at Boat International Media, said: ‘We’ve seen some truly special superyachts hitting the water this year. The standout must be 140-metre Solaris, built in Germany by Lloyd Werft. This new explorer yacht sets new standards for design, which is no surprise given the involvement of Marc Newson. In 2022, we’re expecting another bumper crop of large yachts to hit the water, including the largest sailing yacht ever built, 127-metre-long Project Y721, currently in build in the Netherlands.’

The full Top 101 list appears in the January issue of Boat International, on sale now.