The Vatican invested in the Elton John biopic Rocketman this year despite its explicit drug use references and graphic gay sex scenes, a report has revealed.

In October, Pope Francis ordered Vatican police to storm the Secretariat of State – the nerve centre of the Holy See – and to remove documents and electronic devices after the church was accused of financial irregularities.

Among the findings was that $4.5 million had been invested into two 2019 films, the Men in Black sequel and the Elton John biopic, Rocketman.

Pope Francis is pictured delivering a blessing to the Vatican from the balcony of St Peter’s basilica in April. An investigation into the church’s ‘financial irregularities’ took place in October and found that £3.3 million was channelled into the Men in Black sequel and the Elton John biopic, Rocketman, in 2019

Though financially supporting the film industry is not a sin, the choice of both films strays from the fundamental teachings of the church.

Rocketman, released in May this year, details Elton John’s battle with drug addiction and his homosexuality. Film critics championed it as the first movie to accurately capture gay sex in a realistic way.

The revelation of the funding comes just one year after Pope Francis said that ‘fashionable’ homosexuality ‘is something that worries me’ and claimed there was no place for gay priests in the Catholic church.

Quoted in a book compiled of interviews with the pontiff, Francis remarked that some societies consider homosexuality as a ‘fashionable’ lifestyle. 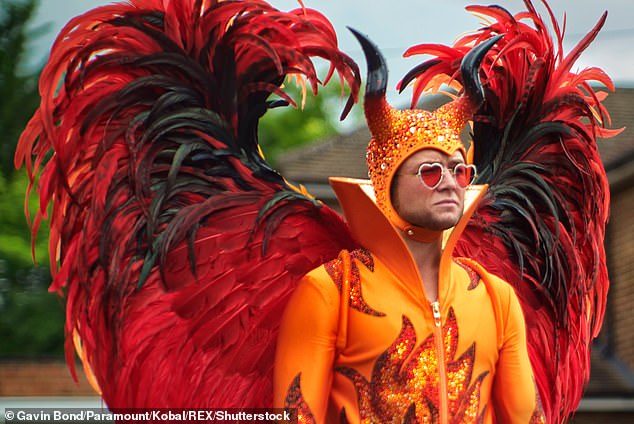 (Pictured: An undated file photo of Taron Egerton from the Elton John biopic, Rocketman). In December last year, Pope Francis said that ‘fashionable’ homosexuality is ‘something that worries me’ 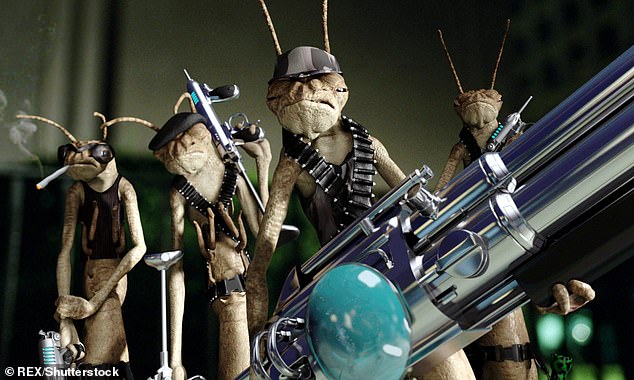 (Pictured: A 2002 file photo shows aliens from the Men in Black 2 movie), According to Catholic Answers, the belief in aliens is not as much of a problem for the Catholic Church

Francis was quoted as describing homosexuality within the walls of seminaries, convents and other religious places where clergy live as ‘a very serious question.’

The contents of the Men in Black franchise, however, appear less problematic for the church.

According to Catholic Answers, adherents to the religion are ‘free to speculate away about whether intelligent life exists out there and what it would mean theologically.’

They add that there is ‘no official teaching on the existence of extraterrestrial life’.