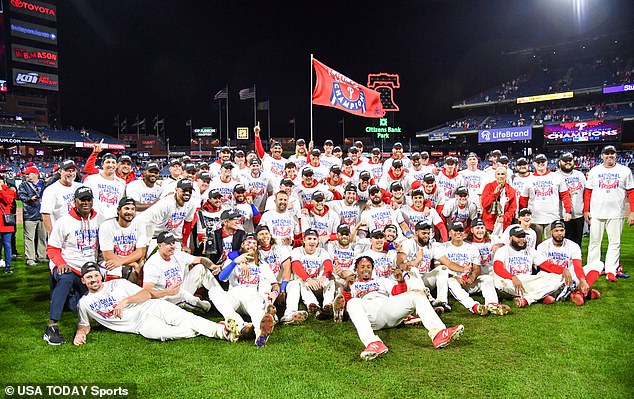 By Ap and Patrick Djordjevic For Dailymail.Com

There will be zero Black players involved in the MLB World Series for the first time since 1950.

When the Houston Astros face off with the Philadelphia Phillies in Texas on Friday, rosters will be diverse, but no US-born Black players will be involved in baseball’s pinnacle series… on the field anyway.

Houston and Philadelphia will announce their 26-man rosters several hours before Game 1 on Friday night at Minute Maid Park, where Dusty Baker, a Black outfielder for the 1981 champion Los Angeles Dodgers, manages the Astros.

‘It is somewhat startling that two cities that have high African American populations, there’s not a single Black player.’

‘It lets us know there’s obviously a lot of work to be done to create opportunities for Black kids to pursue their dream at the highest level,’ he said. 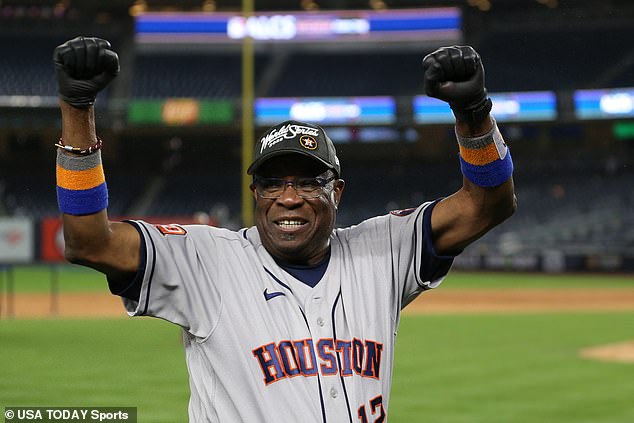 Trailblazer Jackie Robinson, who broke the MLB color barrier, debuted in 1947 with the Brooklyn Dodgers and played in the World Series that year.

Since then, the 1950 matchup between the New York Yankees and Phillies has been the only World Series without a Black player.

Starting in 1954 when Willie Mays and the New York Giants played against Larry Doby and Cleveland, every single team to reach the World Series had at least one US-born Black player until the 2005 Astros. 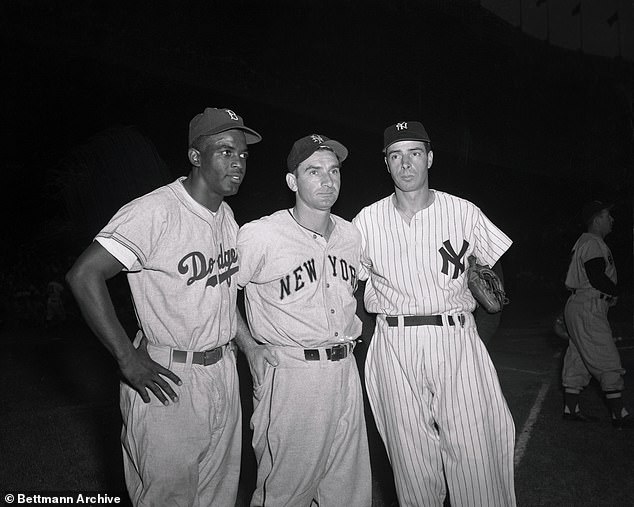 When the Dodgers beat Tampa Bay in 2020, Los Angeles star Mookie Betts was the only Black player in the World Series.

At the All-Star Game this summer at Dodger Stadium, Betts wore a T-shirt with the message: ‘We need more Black people at the stadium.’

‘It’s the exclamation point,’ Richard Lapchick, director of The Institute for Diversity and Ethics in Sport, said of the anomaly. 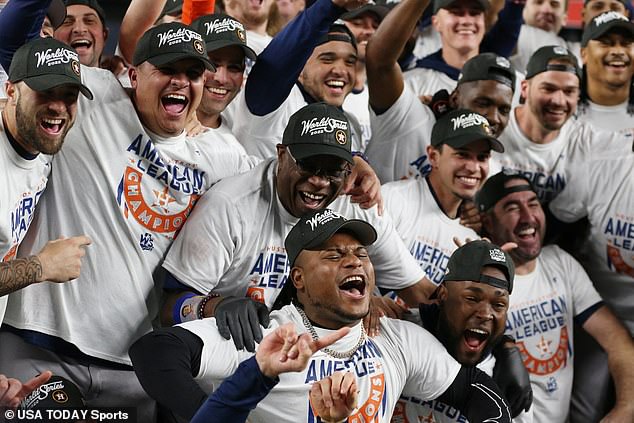 ‘It’s been a story that’s been ongoing since the late 1980s, the decline of Black baseball players.’

The Phillies had no Black players on their opening roster this year for the first time since 1959. Roman Quinn, a Black backup outfielder, played 23 games before being released.

Despite the lack of Black players on the field, Baker could join the short list of Black managers to have won the World Series. He would become the third behind Cito Gaston and Dave Roberts.

The opening two games of the World Series take place in Houston before games three and four at Citizens Bank Field in Philadelphia.