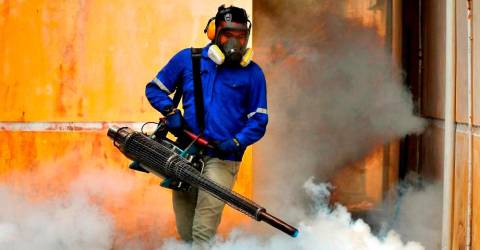 He said the situation was worrying as 4,812 cases were recorded up to the 42nd week of this year compared to only 1,336 cases in the same period last year.

Safar said five fatalities due to dengue fever have been recorded in Sabah so far this year involving Sandakan (three cases) and one case each in Papar and Tawau.

He said the people are advised to always take measures to prevent dengue fever by cleaning the outside and inside of their houses, spraying aerosols, regularly using mosquito repellants and scrubbing water catchment containers once a week.

“Individuals experiencing symptoms of dengue fever are advised to seek immediate treatment at the nearest clinic or hospital to reduce the risk of dengue haemorrhagic fever complications, especially children and those with comorbidities,“ he said.

The Sabah government will always monitor related issues and take appropriate measures with the departments and agencies involved to ensure that the risk of dengue fever outbreaks can be addressed, he added.-Bernama