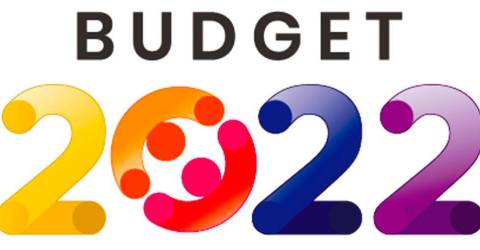 PETALING JAYA: The record high allocation of RM322.1 billion for Budget 2022 is raising eyebrows among economists, who expressed concern over Malaysia’s fiscal headroom.

The Socio-Economic Research Centre (SERC) executive director, Lee Heng Guie, noted that although the fiscal deficit is projected to narrow to 6% of gross domestic product (GDP) compared with 6.5% in the previous year, this means the country still has to resort to borrowings.

“The fact that the government had to go to parliament twice in little over a year to raise the debt ceiling indicates there is little fiscal headroom left,” he told SunBiz.

Lee pointed out that the International Monetary Fund’s (IMF) assessment of the country’s debt sensitivity found Malaysia to be vulnerable to future shocks.

With regard to the measure to bolster revenue in the Budget, particularly the one-off tax of 33% on companies with over RM100 million profit, he sees it as an impediment to Malaysia’s competitiveness as the existing rate of 24% is already higher than those of its Southeast Asian peers.

However, Lee views the intention to introduce the Fiscal Responsibility Act (FRA) in 2022 as a step in the right direction.

“With the debt service charge standing at 18.4%, the government should think hard about fiscal reform going forward,” said the SERC executive director.

Similarly, Sunway University economics professor Dr Yeah Kim Leng voiced concern over the third straight year of expansionary budget’s impact on the debt service charge, which is at risk of tipping over into the unsustainable threshold of 20%.

He pointed out the latest auditor general report has highlighted the worrying trend of the government’s reliance on new debt to finance payment for the principal of its existing mature debt.

“Nonetheless, the move to address tax leakages and revenue through the introduction of a tax identification number (TIN) and the FRA in 2022 will help manage the country’s fiscal discipline in the medium term,” said Yeah.

To escape this fiscal predicament, both economists agreed that a return to a broad- based consumption tax like the goods and services tax in the medium term is inevitable.

The fiscal situation aside, the professor believes the record high budget is a prudent move as a premature withdrawal of support may result in a deceleration of recovery momentum.

In Budget 2022, Finance Minister Tengku Datuk Seri Zafrul Abdul Aziz has projected an economic expansion of 5.5-6.5% based on Malaysia’s strong fundamentals and diversified economic-based contingent on the robustness of the global economy, the country’s trade prospects as well as the success of the domestic vaccination efforts and pandemic response. Yeah said: “The initiative and measures laid out in the budget will support Malaysia’s export engine amid favourable global demand. Domestically, the measures introduced will provide support for those badly affected by the pandemic particularly the B40 and those in the tourism sector.”

Moving forward, he said, the government should adopt a more prudent fiscal development with an emphasis on developing its primary revenue.

With regard to fiscal space, MIDF Research said the introduction of and compliance with the FRA will result in more transparent and credible reporting of the fiscal management and help to enhance confidence in public sector finance.

Aside from the FRA, it noted that the government’s commitment towards its medium-term fiscal consolidation will also help to improve confidence in fiscal management. Subsequently, the improving fiscal space will provide greater flexibility for the government to provide support to the economy during future crises.

“Guided by the Medium-Term Fiscal Framework, the government’s fiscal deficit is projected to fall to 5% of GDP in 2022-2024, a slower decline compared to the projection during Budget 2021 because of the prolonged global health crisis led to a wider fiscal deficit this year.

“We expect this medium-term fiscal target can be achieved, barring any unexpected events and crises which could derail Malaysia’s growth trajectory and therefore require more fiscal supports,” MIDF said in a report.