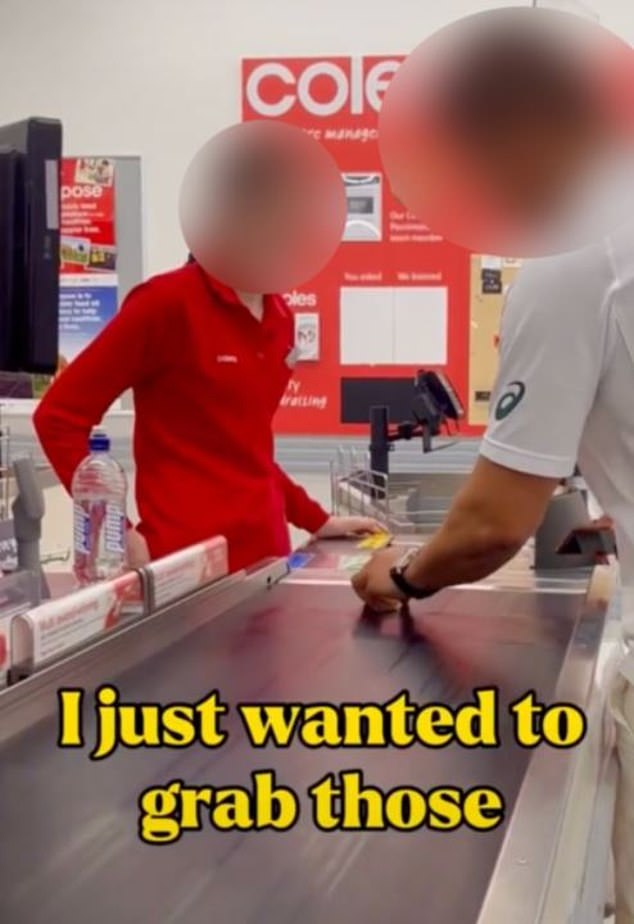 Coles shopper is slammed for his ‘mean’ prank to get free grapes at checkout: ‘They don’t get paid enough for this’

A TikTok user has been slammed online for his mean ‘prank’ at a Coles supermarket to get himself free grapes.

The man is seen in the video approaching an employee at a checkout and places two grapes on the conveyor belt in front of her.

‘I just wanted to grab those,’ he tells her as she tries to weigh the grapes.

‘I just didn’t want to be caught stealing. You know how it is.’

The checkout employee then informs the man that the grapes are too light to be detected by the register scales.

‘Well I can’t weigh them because it’s not enough to weigh,’ she s heard saying.

He responds by asking her if he can ‘eat them’.

The worker then looks around the store, seemingly confused about what to do, before telling the man again that she couldn’t weigh the fruit.

He then picks up the two grapes and tells her: ‘Just don’t say anything’.

The video was uploaded to TikTok and soon went viral online, racking up 6.5million views as of Wednesday.

But viewers were irritated by the man’s ‘prank’ to score free grapes, with respondents criticising him for harassing the employee. 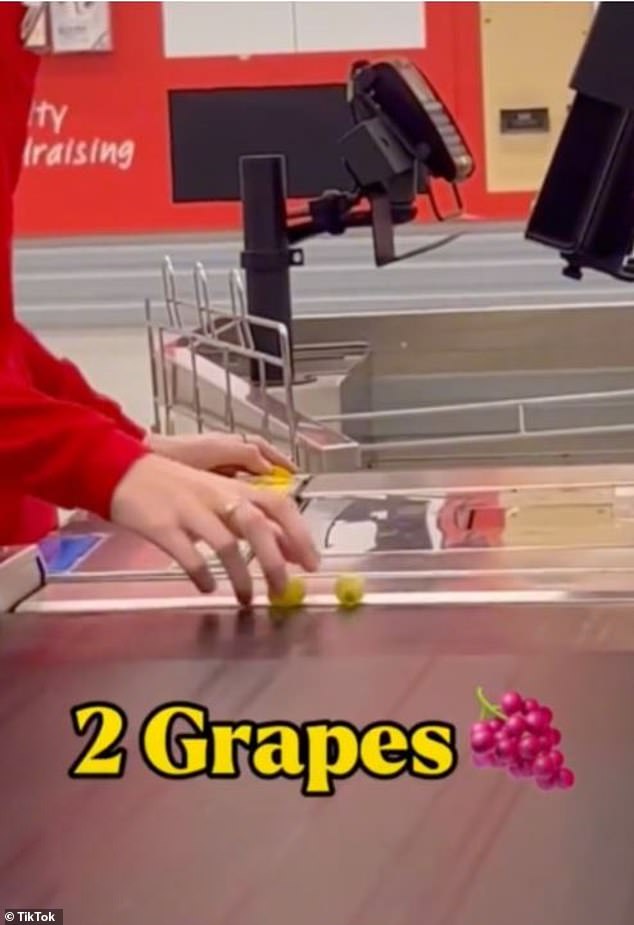 ‘They don’t get paid enough for this,’ said one user.

‘If someone did this to me, I would quit,’ wrote another.

A third commented that the girl was ’embarrassed’.

Other users told the man to ‘leave her alone’.

It’s believed the video was taken down on Wednesday.