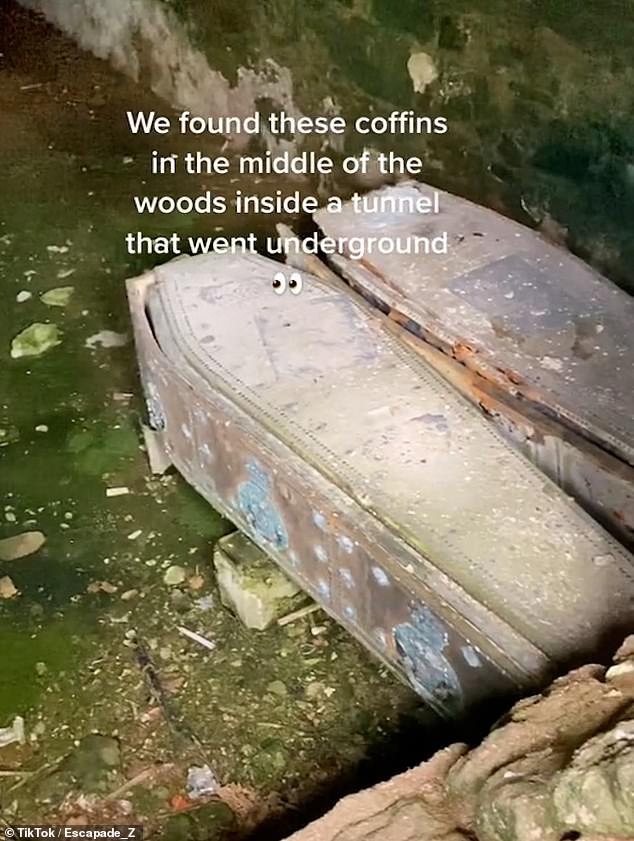 A TikToker went viral after he shared a video of coffins that he claimed to have found in an underground tunnel.

John Dale, who specialises in exploring abandoned and forgotten sites, shared a video showing four decrepit coffins, which he says he came across in a woodland area in Scotland.

‘We found these coffins in the middle of the woods inside a tunnel that went underground,’ he said in the subtitles. 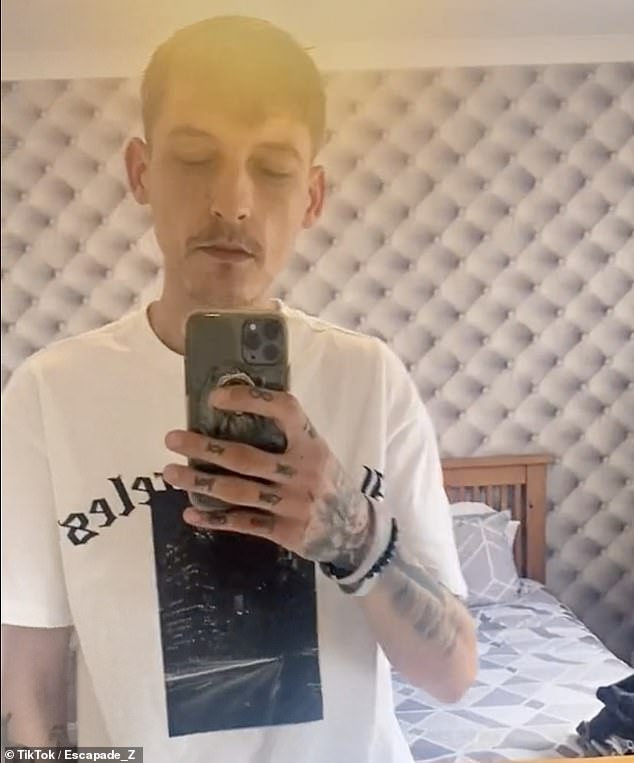 The video has received over 4.3 million views and 414, 0000 likes, with many commenters saying it looks as though they were inhabited by vampires.

The short video shows the four coffins laid either side of green swampy water in what appears to be a tunnel.

The wood is flaking off the coffins, adding to their eerie appearance.

But John, who goes by the name Escapade online, told The Daily Star he has seen ‘many things like this’ so isn’t fazed by creepy discoveries. 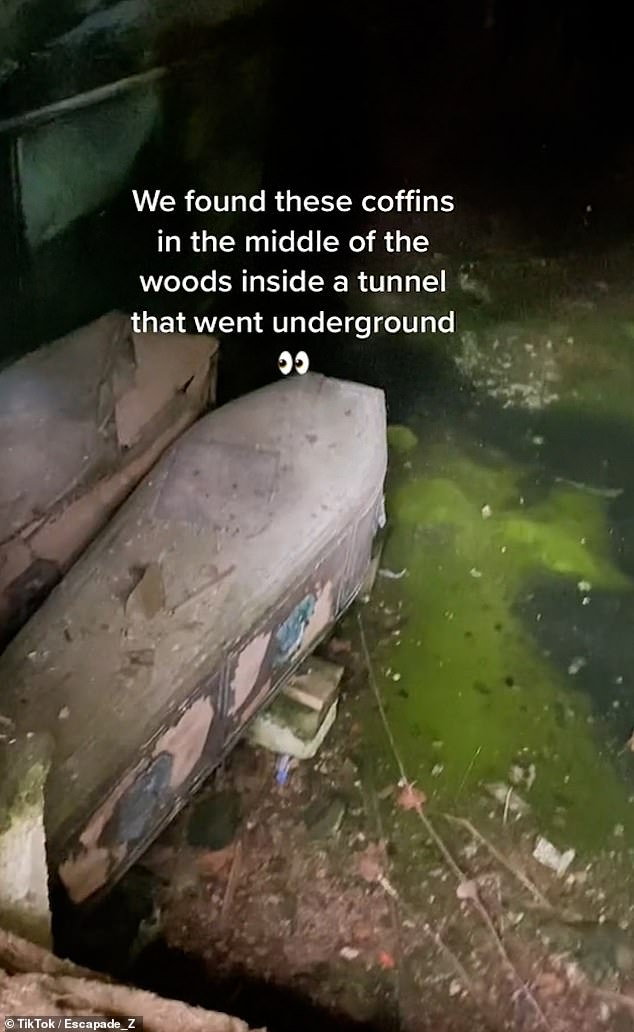 The video, which has reached over 4.3 million views and 414, 0000 likes, revealed they found the coffins in the middle of the woods inside a tunnel that went underground

Some followers wanted the TikToker to open the coffins to see who was inside.

Others said it looked like vampires lived there, specifically characters from hit TV show The Vampire Diaries.

With one person writing: ‘You found klaus family’, while another wrote:’ my mind went “klauses siblings” opened the comments and apparently so did everyone else’s.’

Klaus, from the series that first aired in 2009, kept his most prized possessions inside five coffins.

@escapade_z revealed in another video that he has found human remains and animal bones in other abandoned places.

The clip convinced some followers that the Klaus’s family from the TV show, The Vampire Diaries were buried there