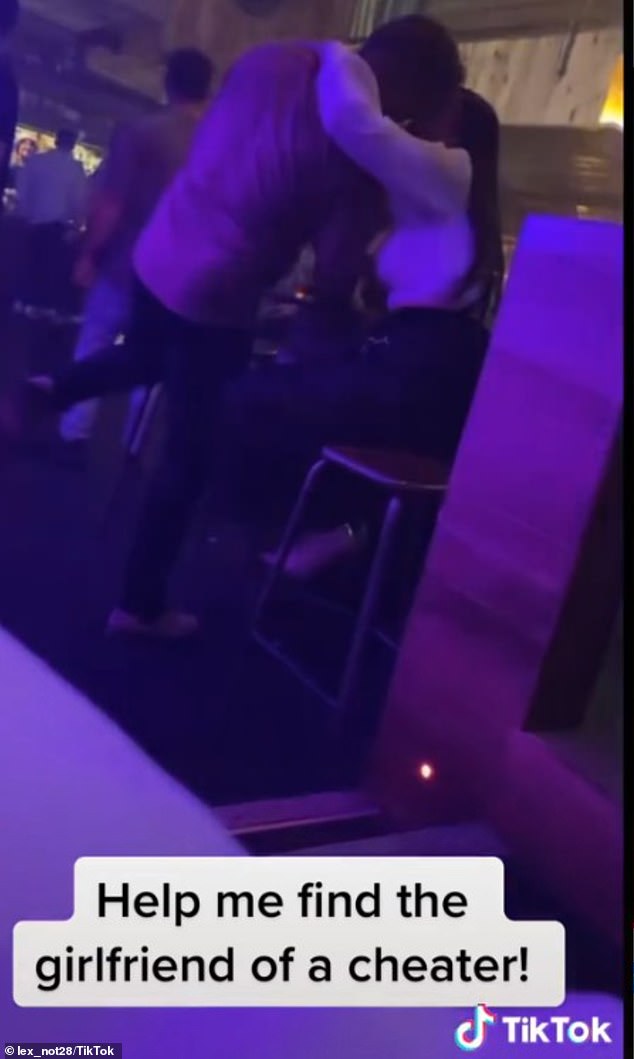 A TikToker has launched a search for ‘a blonde woman’ who was cheated on by her boyfriend at a Gold Coast nightclub – sharing a clip of the unfaithful man kissing another woman while she was in the bathroom.

Lexie posted a video on Monday with the caption: ‘Help me find the girlfriend of a cheater’ and pleaded for her legion of followers to find the victim of an underhanded act.

The video has become a global obsession with many ‘invested’ in what is going to happen next but some have suggested the trio could be in an open relationship.

‘Hello, I am looking for a blonde woman I would say in her 30s, late 30s, and you were at the Avenue on Saturday the 27th of August Surfers/Gold Coast,’ Lexie said.

‘You were there with your fella and some weird brunette chick who seemed to be his friend.

‘When you went to the bathroom the dude clocked the f**king room to make sure you weren’t there and then started hooking up with the brunette girl.

‘And then when you came back obviously that wasn’t happening – so I thought you should know, here is the footage. Sorry.’

Lexie than shows the footage, that she says was not taken by her.

It shows a man leaning into a close embrace with a seated woman.

She throws her head back and laughs giving him a quick half-push on the shoulder as he moves a step away while dancing to the music. 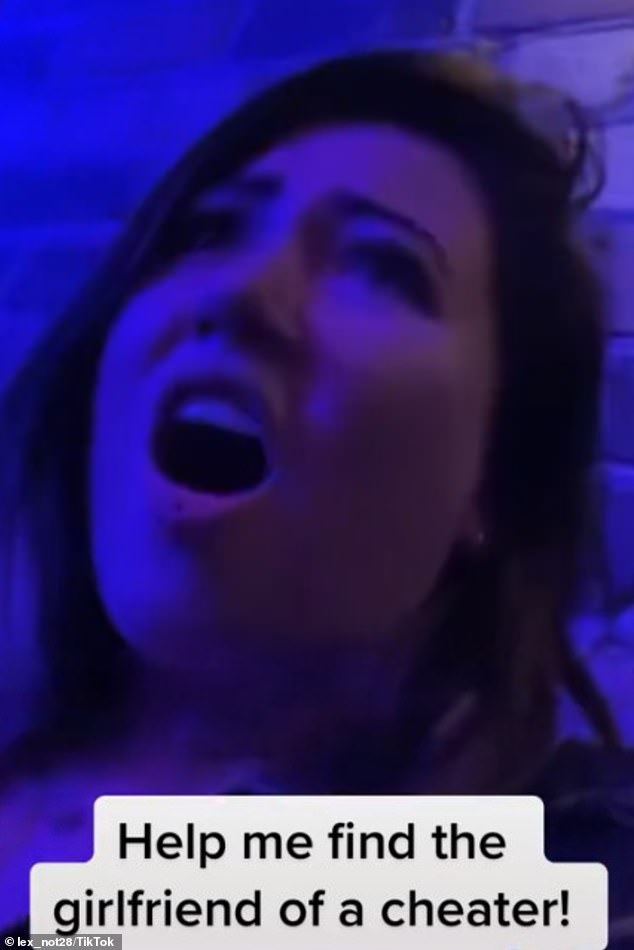 He leans in again and the video swaps to Lexie with her mouth open in shock, as she exclaims: ‘What the f**k’.

The woman pulls the man towards her and they lock lips.

The camera again cuts to Lexie’s shocked face as she shouts: ‘No don’t! Stop’.

The video now has 600,000 views and has intrigued people from around the world.

‘Right sis, you’ve just hit South Africa and we are very much invested in this mess now,’ one user writes.

‘You’ve hit Ireland and I don’t know what to do with this information. Must admit I’ve never been to the gold Coast but I’m blonde and I got nervous,’ another remarks.

Many commenters supported Lexie dredging the highly personal matter for the couple. 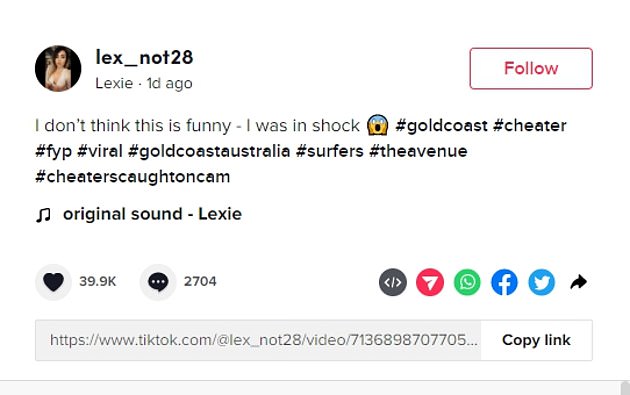 ‘As someone who was humiliated & kept in the dark… as a woman I’d appreciate this & evidence,’ one TikTok user wrote.

‘(I) feel this. literally my whole friend group egged it on and I didn’t know for years…..’ said another.

‘Girl you are a queen! We need the girlfriend to see this,’ another commented.

However, Lexie felt compelled to answer repeated questions as to why she didn’t tell the blonde woman at the time.

She said as the woman was absent for about 20 minutes she wasn’t sure if she had gone to the bathroom.

Without knowing the people Lexie said it was risky to confront them.

‘I’m not going to put my friend or myself in danger incase this man or women lost it at me. My friend wasn’t comfortable with me going up at that time,’ Lexie wrote.

However a couple of commenters said they knew the people involved and that it was all above aboard.

‘I know them, they’re actually in a polyamorous relationship,’ one wrote.