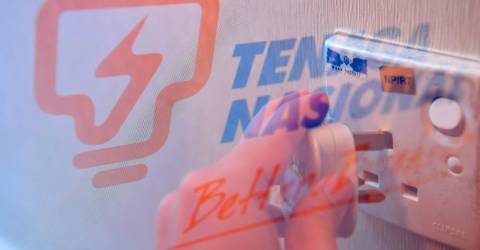 KUALA LUMPUR: Tenaga Nasional Bhd (TNB) has signed an Energy Wheeling Agreement (EWA) for the sale, transmission and purchase of electrical energy at a minimum of 30 megawatt (MW) up to 100 MW from Laos to Singapore through Thailand and Malaysia using the existing interconnections facilities owned by all the countries involved.

The EWA was signed between TNB, Electricité du Laos (EDL) and Electricity Generating Authority of Thailand (EGAT), it said in a filing with Bursa Malaysia today.

TNB said the EWA will be effective for two years from June 22, 2022. The role of TNB under the EWA is to transmit energy generated from Laos to Singapore.

“TNB is under no obligation to top up any shortfall of energy transmitted from Laos by EDL. EDL will pay wheeling charges to TNB for the wheeling services,“ said the Malaysian multinational electricity company.

The signing of the EWA will not have any effect on the issued and paid-up share capital and TNB’s substantial shareholders, and neutral impact on TNB’s earnings over the term of the EWA.

None of TNB’s directors or major shareholders and/ or persons connected with them has any interest, direct or indirect, relating to the agreement, TNB added. – Bernama