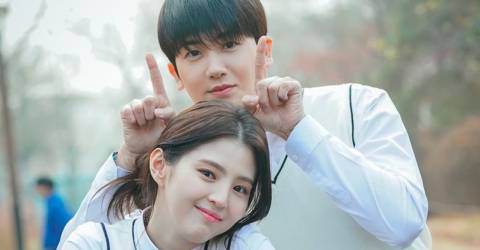 Park Hyung Sik returns to the romance genre following the success of his comeback drama Happiness, starring in this Disney+ drama as Han Sun-woo. Joining him is Han So Hee, who first rose to prominence in South Korea’s highest-rated cable TV drama World of the Married, and demonstrated her flexibility as an actor in two blockbuster Netflix dramas, My Name and Nonetheless. Here she stars as Han’s love interest Lee Eun-soo.

Soundtrack #1 is set in modern-day South Korea and follows struggling songwriter Eun-soo and her closest friend of 19 years, Sun-woo, who is given the assignment of composing a hit song about unrequited love, and the duo find themselves suddenly living together and discussing their personal love tales in order to complete the song.

Sun-woo, unbeknownst to Eun-soo, has long concealed his genuine feelings for her out of fear of upsetting their friendship and losing her forever. As the story progresses and the two continue to spend every waking moment together, unspoken feelings arise, forcing them to tread a narrow line between friendship and romance. It’s nearly difficult not to fall in love with the two main characters and their chemistry in this series. This four-part melodrama serves as a bridge between larger productions for its performers.

Soundtrack #1 leans on its star power and lures us in with the gentle and hazy glow of a pleasant city neighbourhood filled by handsome yet disgruntled artists, sticking to typical romance cliches and a basic and familiar plot.

However, it was a terrible decision to make this a four-episode series. A lengthier run of episodes would pique our interest, possibly by delving into each lead’s background and Sun-woo’s thoughts on how it all began, which would properly explain why we should root for this couple.

Still, Soundtrack #1 is a wonderfully relaxing series that lasts about 40 minutes per episode, and is extremely easy to watch. It gets directly to the point and doesn’t waste time, which is made feasible by the short episode count. There are no narrative twists or complex storylines, just two people attempting to sort out their lives and their affections for one other. I am convinced that this series will conclude happily. For those who despise intricate dramas, this is a nice one to add to your watch list.

Soundtrack #1 is available on Disney+. Catch the finale on April 13.