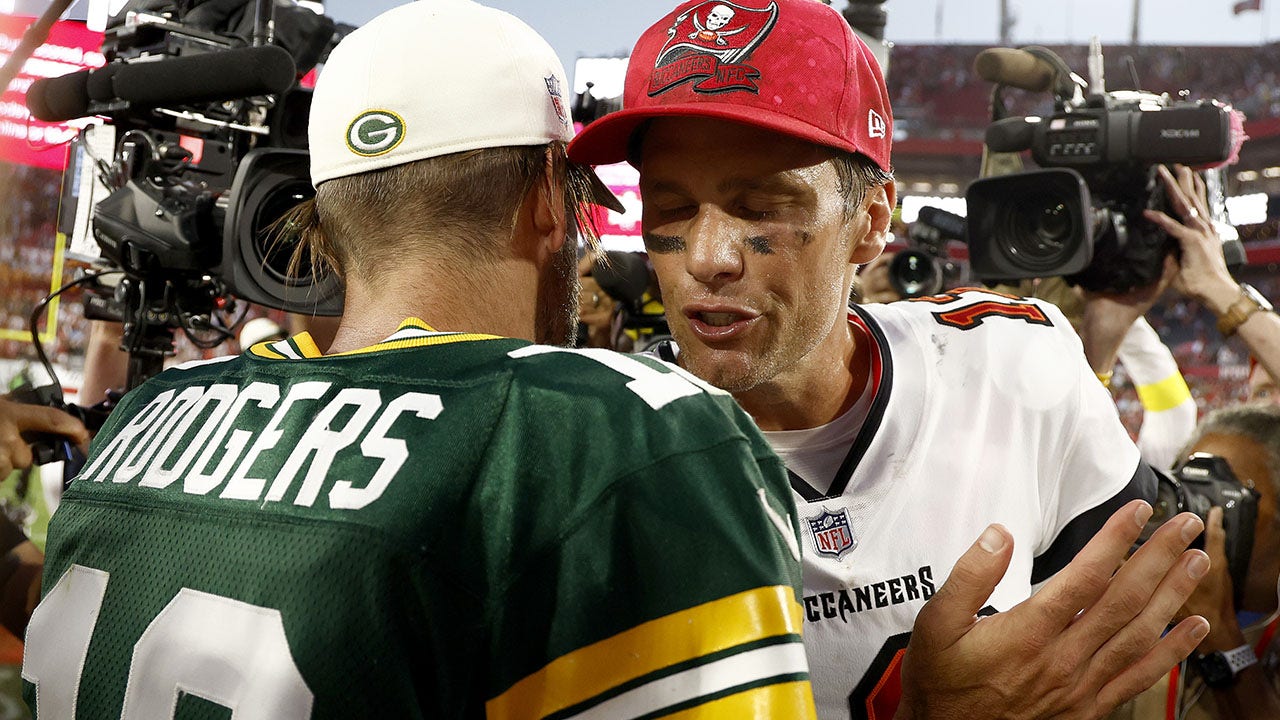 Tom Brady and Aaron Rodgers’ performances have been under intense scrutiny as both players are leading their teams into Week 8 with records under .500.

Their struggles have one Pro Football Hall of Famer concerned.

Tom Brady of the Tampa Bay Buccaneers looks at a tablet during the game against the Saints at Caesars Superdome on Sept. 18, 2022, in New Orleans.
(Getty Images)

“I think both of those guys look like they’re exhausted,” Kurt Warner told People magazine on Tuesday. “It’s OK to go, ‘You know what? It’s not how it used to be. I may not be who I used to be, or, it’s just too hard overall to get everybody up to the standard. Maybe it is time to walk away.’

“It’s not being defeated. That’s not saying you can’t do it anymore. I just think sometimes that stuff outweighs the joy of the game, which is what it looks like is happening for those two guys and I feel for them.”

Retirement talk has hovered over Brady during the latter parts of his career as the NFL world is waiting for him to walk away. But at 45 years old, Brady has felt that as long as he can compete at a high level he can play.

Rodgers is coming off back-to-back NFL MVPs, but there has still been talk about his retirement over the last few years as well.

Warner told the magazine he knew when his final year was going to be after six years with the St. Louis Rams, five with the Arizona Cardinals and one with the New York Giants.

“As I was going through the last couple years, it was becoming more and more prevalent that, ‘OK, this is taking too much from me and it’s not just about enjoying the game anymore,'” he said. “I mean, I kinda look at Tom Brady now, and that’s how I feel.”