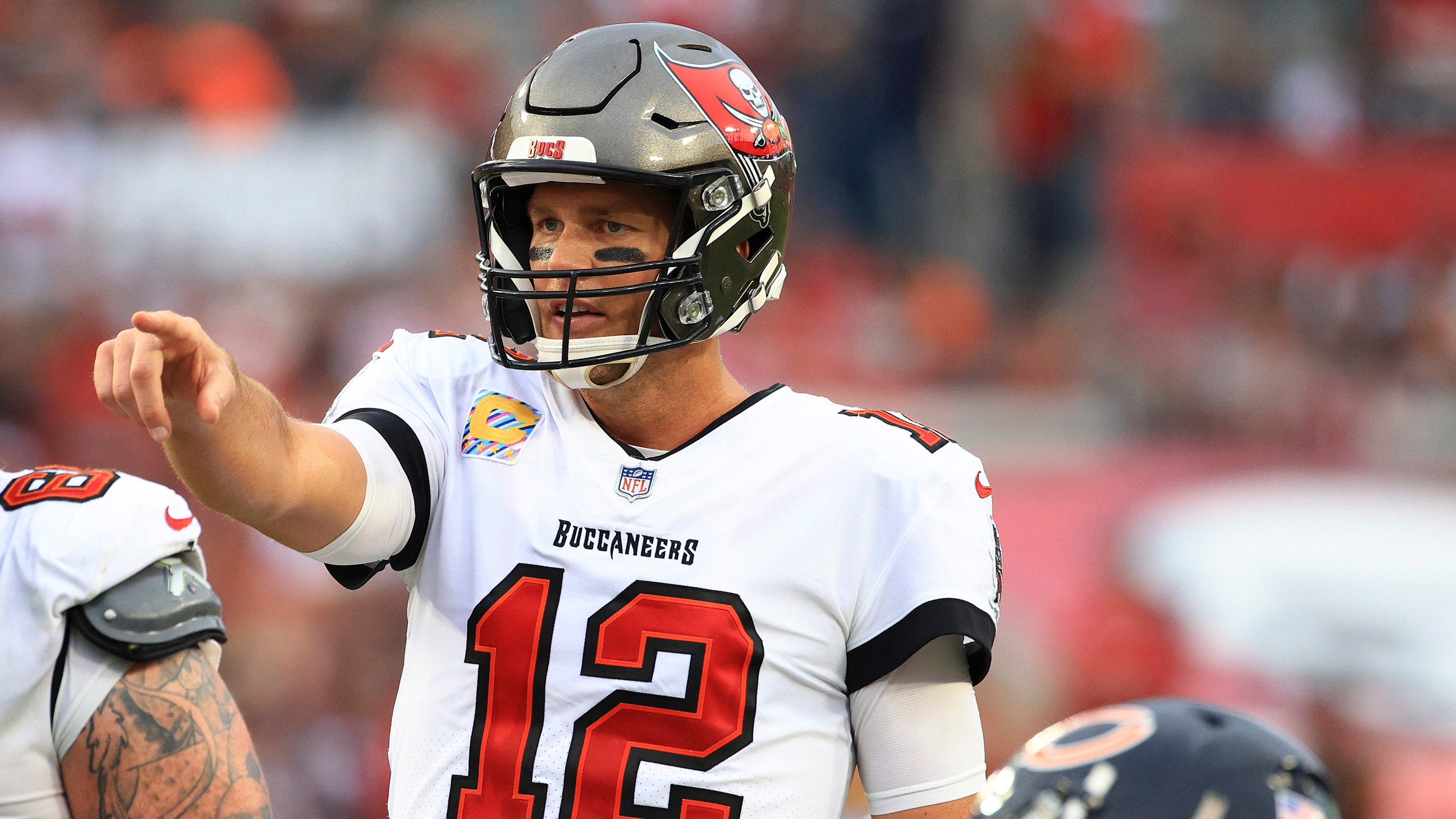 During an appearance on “Monday Night Football” simulcast with brothers Peyton and Eli Manning, Brady said there were “a lot of negotiations” to get the ball back but noted that Kennedy “should’ve held it” a little longer in order to get a bit more from the Bucs.

“Byron realized he lost all of his leverage once he gave the ball away,” Brady said. “He should’ve held it to get as much leverage as possible.”

“Amateur move,” Peyton Manning said in agreement. “If he would’ve held it, he would’ve been sitting in the Tom Brady suite for the rest of the season. Amateur move on his part.”

But Kennedy did get a significant amount of reward for being so understanding.

The Bucs gave him two signed jerseys, a helmet from Brady, a signed Evans jersey and game-used cleats, $1,000 worth of team store credit and two season tickets for the rest of the 2021 season and all the 2022 season.

A Tampa Bay Buccaneers fan gives quarterback Tom Brady’s 600th career touchdown pass back after wide receiver Mike Evans threw the ball to the fan during the first half of an NFL football game against the Chicago Bears Sunday, Oct. 24, 2021, in Tampa, Fla.
(AP Photo/Jason Behnken)

Ken Goldin, the founder of Goldin Auctions, estimated on Twitter that the ball is worth at minimum $500,000, so to make it a fair trade, Brady confirmed that he was sweetening the deal with some Bitcoin.

“I think it worked out pretty well,” Brady said Monday night. “I’m also giving him a Bitcoin. That’s pretty cool too. At the end of the day, I think he’s still making out pretty well.”

TAMPA, FLORIDA – OCTOBER 24: Mike Evans #13 of the Tampa Bay Buccaneers celebrates with fans after scoring a touchdown in the first quarter against the Chicago Bears in the game at Raymond James Stadium on October 24, 2021 in Tampa, Florida.
(Mike Ehrmann/Getty Images)

Brady didn’t seem to acknowledge Kennedy’s request that he play a round of golf with him.