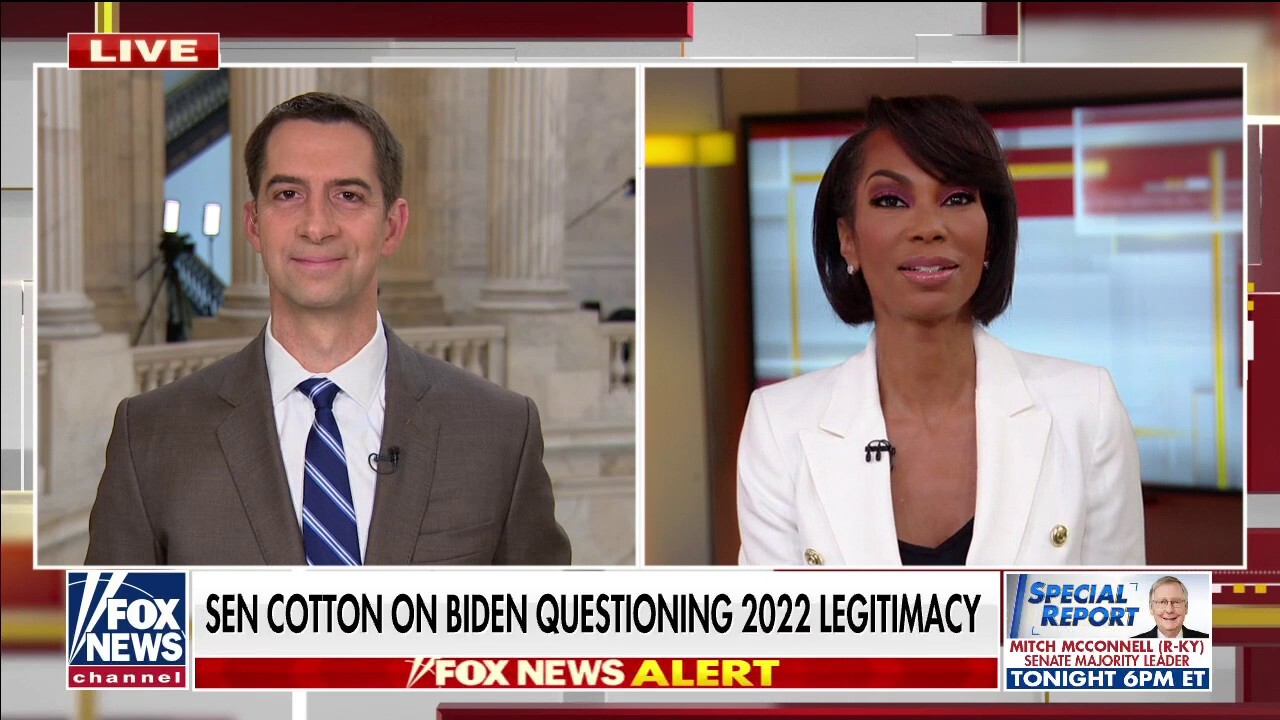 TOM COTTON: [President Biden] can get angry and shout and shake his fists at the clouds like Grandpa Simpson as much as he wants, but he said what he said in Atlanta a couple of weeks ago, and it’s now widely recognized by Democrats that it was beyond the pale and that it alienated the senators whose votes he needed, to include Democratic senators, who he compared to those segregationists and secessionists—who I would point out are all Democrats by the way. So no amount of spin is gonna change what he said just like no amount of spin from his underlings today will change the fact that he in effect gave Vladimir Putin a green light to invade Ukraine. We saw it yesterday why the president’s staff generally doesn’t let him go out and meet the press.